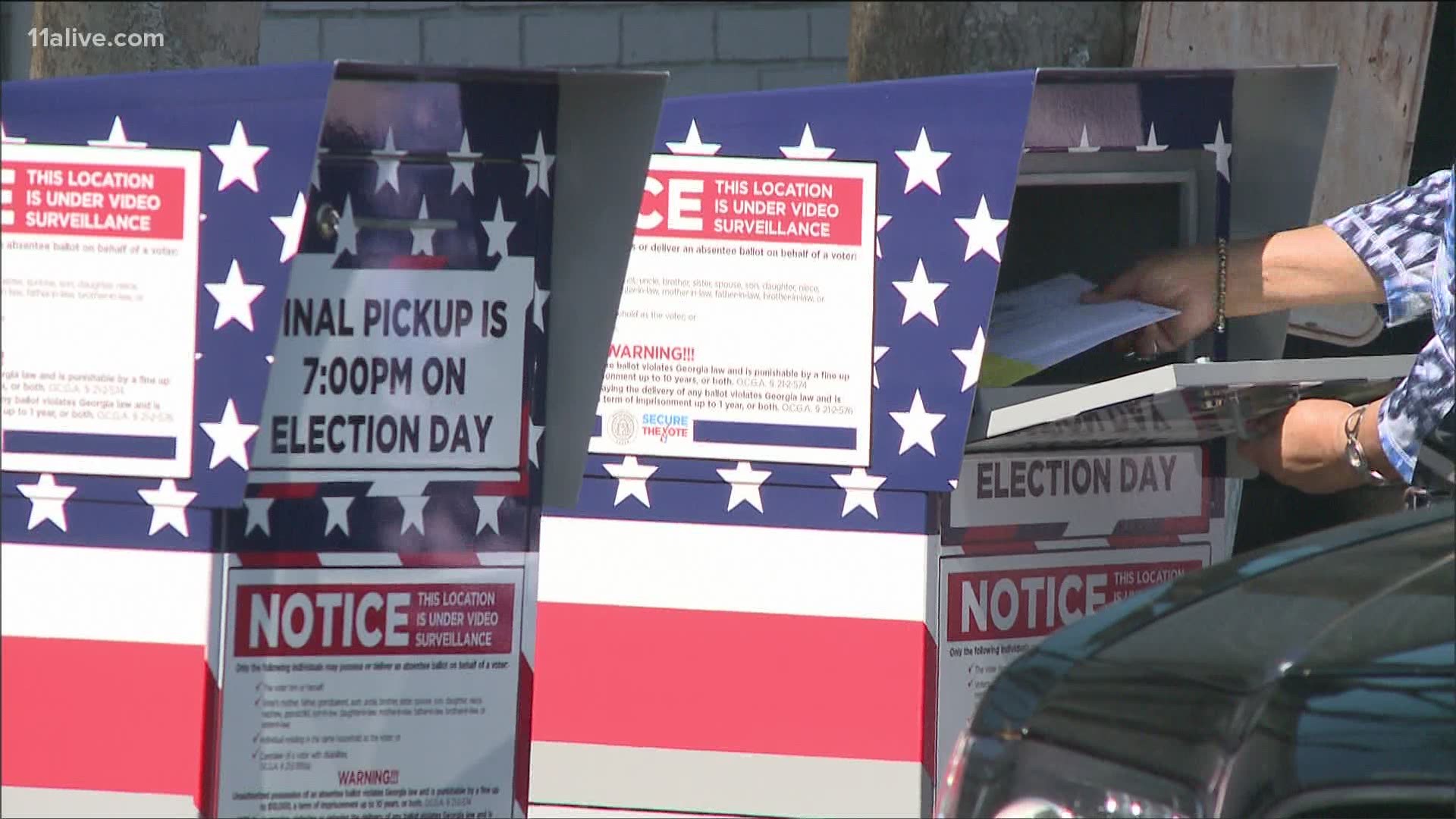 ATLANTA — Election night is two weeks from now – and it may be unlike any we’ve ever seen.  And not for the reasons you may think.

Nobody’s making any promises, but state and county officials are setting the stage for what could be some of the fastest voting results in a presidential election that the state has ever seen.

In-person early and absentee balloting in Georgia does more than potentially ease voting gridlock on election day.  It also puts voting data – the votes themselves – into computer databases more quickly.

"That’s the beauty of pre-processing, is that you’re sort of able to bank those and sort of share them as soon as the polls close," said Lucille Wenegieme of the National Vote at Home Institute.

Last week ,11Alive saw workers in DeKalb County opening and sorting absentee ballots – with an eye on getting most of those votes processed before the polls even open on the morning of election day.

Though the data is processed - and election officials say, closely guarded - the votes can't actually be tabulated until after polls close election day, per state law.

RELATED: More than a fifth of Georgia voters have cast their ballot with two weeks to go until Election Day

State officials are expecting most Georgia counties will do the same, under a new rule adopted this year by the state.

"Passing this rule allowed us the opportunity to hopefully get a lot of the heavy lifting out of the way for those larger counties so they can get us their tabulations more quickly on election night," said Gabriel Sterling, the state's voting system implementation manager.

When the polls close on election night, Sterling said election officials should be able to start instantly tabulating tens of thousands of votes with a few clicks on a computer screen.

"That’s what we’re trying to get counties to get to. With early scanning, they can hit the button, begin to tabulate them, and we can start getting results off of all those ballots," Sterling said.

He said the earliest of those results could be posted within an hour of the polls closing November 3.

There are still many wild cards election night. But substantial early results in a presidential election?  This year in Georgia, it’s actually quite possible.