The former state representative is also making history nationwide as the first Puerto Rican woman in the country to be elected district attorney. 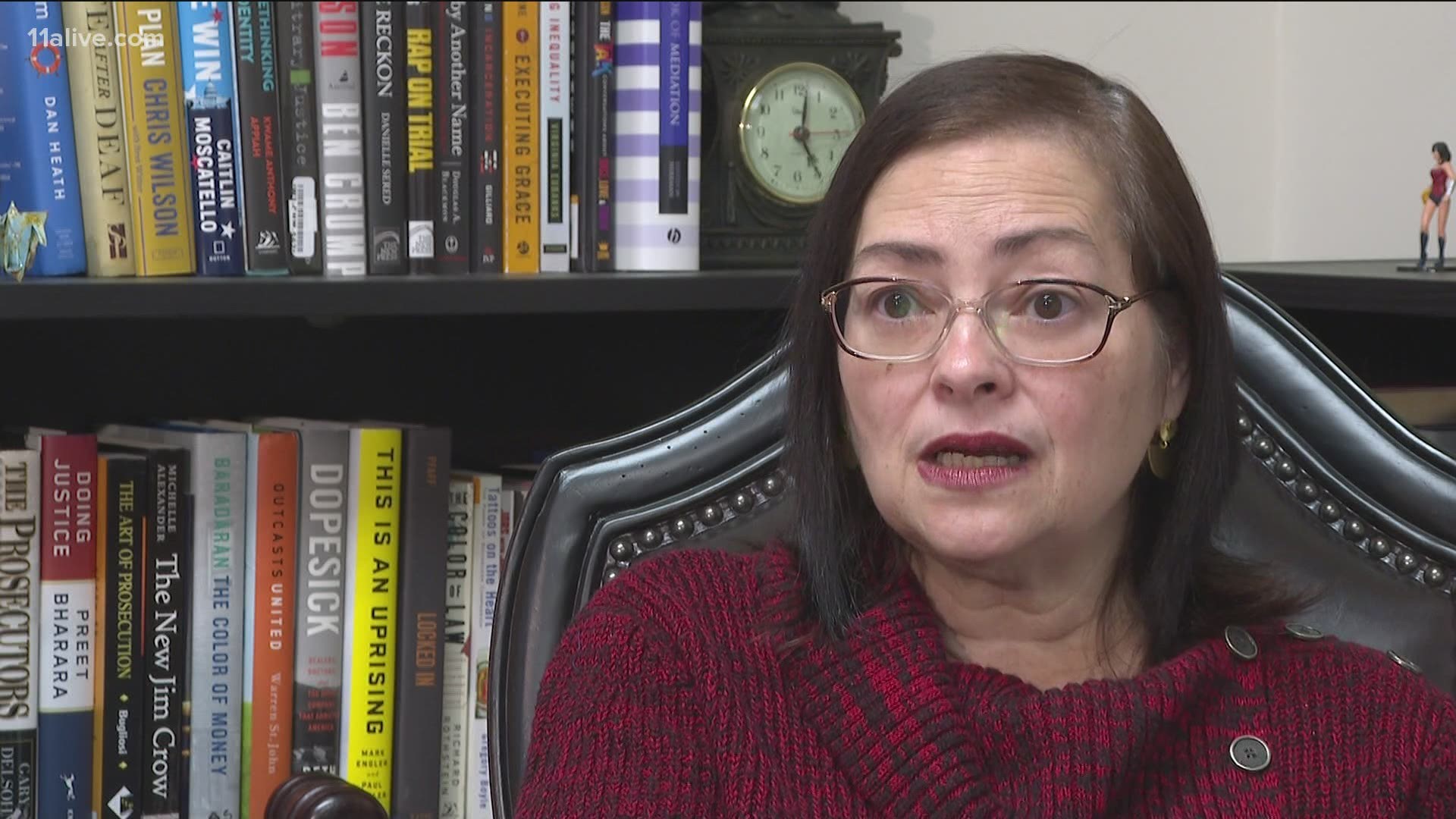 Clarke and Oconee counties are getting a new district attorney for the first time in almost 20 years. The counties elected Deborah Gonzalez in a runoff race earlier this month, making her the very first Latina to be elected district attorney in the state.

This win also means the former state representative for the Athens area will be the first woman to serve as district attorney for the Western Judicial Circuit and the first Puerto Rican woman in the country to be elected DA.

"Luis Miranda Jr., Lin Manuel's father told me that during a fundraiser," Gonzalez told 11Alive during a one-on-one interview in Athens. "I was like 'really? Wow!' I wasn't thinking about the country but it's very exciting to say yes."

The Democrat, who ran as a progressive candidate, beat nonpartisan candidate James Chafin by nearly 900 votes in the runoff.

She'll take over for Ken Mauldin who has held the position since 2001 and is retiring.

"He had been there for almost 20 years, had run unopposed for 16 of those years," she explained. "When you run unopposed there's no conversation, nobody is talking about what does criminal justice mean, what does the D.A. do? That's the only name there. So I said 'no, that needs to change' and I decided I was going to run."

But this came after many months of hard work and even lawsuits.

Gonzalez says she was only able to run for district attorney after suing Governor Brian Kemp to force an election to happen. The Republican governor was trying to use a 2018 state law to delay the district attorney's election until November 2022.

"We sued claiming the law was unconstitutional and took away my right to campaign and run in an election and basically is a violation of (the) First Amendment because you were suppressing speech," she said.

"We made the argument that it was so important -- that this is about how does the community look at itself in terms of justice at least for the next four years," she said. "When we have these things like Breonna Taylor and Ahmaud Arbery all of those were decisions of district attorneys who refused to go forward and seek justice for people. I think our community understood how important the role of D.A. is and they came out to make sure they had the person they wanted."

According to official election results, Gonzalez received 11,307 votes in Athens-Clarke County while her opponent received 5,634. In Oconee County the story is quite different, with Chafin receiving 6,988 votes and Gonzalez receiving 2,194.

While the bilingual attorney of 20 years says this narrow victory is momentous, she also realizes it's bittersweet and a long time coming.

"We're in 2020... why are we still celebrating these kinds of firsts? I shouldn't be the first," she said. "We should've had women D.A.'s in this circuit before, we should've had Latino DA's in Georgia before. We're still in 2020, fighting and breaking those ceilings."

Gonzalez says she will bring many changes to the counties, including no death penalty, reducing mass incarceration, eliminating cash bail and non-violent offenses, and ending the school to prison pipeline.

She adds that she wants to have transparency in her office and will hire diverse staff in order to do so.

"Perspective, background, lived experiences," she said. "If you don't have that diversity you won't know truly what people are going through in their community. Yes, you can sort of hear it from people when they come tell you their stories, but when you've lived through it, it's very different."

While Gonzalez has lived in Athens since 2007, her family is from Moca, a small municipality in Puerto Rico. She says she was able to get where she is because of those who have believed in her and credits Stacey Abrams for part of her win.

"She's fearless," Gonzalez said. "She epitomizes the idea that you can't reach too high. Don't listen to people who tell you to start down here. Go where the issues are; that's where I want to be."

She hopes to start building her transition team in the coming weeks to hit the ground running in 2021. After months of hard work, Gonzalez is proud to have a lifetime of accolades.

"When you select a community and really get engaged and involved, you don't want to go any other place," she said, referring to the counties she'll be representing. "Even when it's not perfect, even when they have those problems, then you want to fix them, because you love where you live and you want to make it better."