After the employee was fired, officials discovered a total of 59 ballots that had been previously omitted from their count. 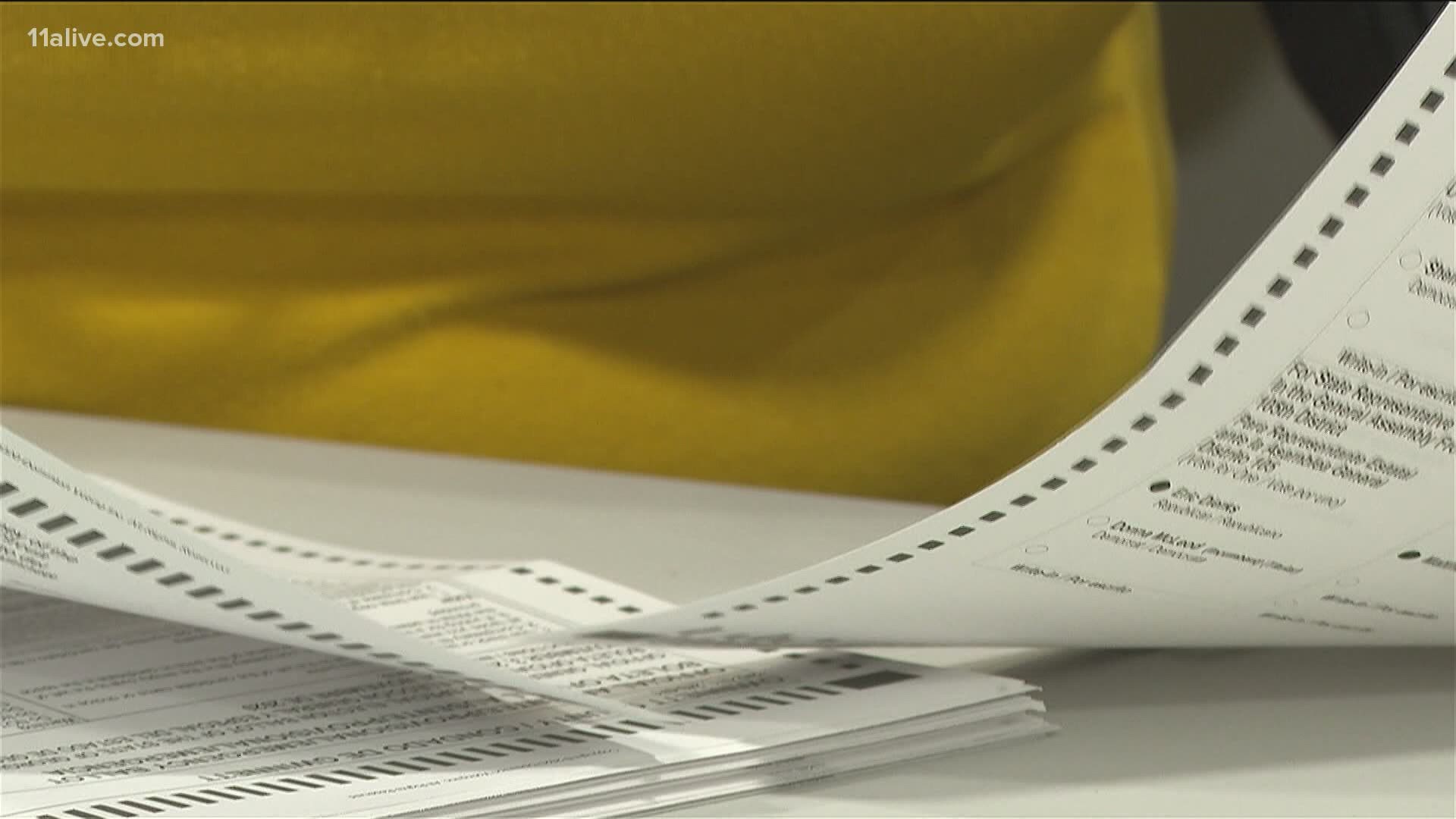 DEKALB COUNTY, Ga. — The DeKalb County Department of Voter Registration and Elections (VRE) said in a statement Friday morning that a manager had been fired after it was discovered that he had not followed established protocols and disregarded required processes necessary to account for and record all legal and verified ballots.

Following the unnamed employee's termination, DeKalb VRE officials said they discovered a total of an additional 59 ballots that had been previously omitted from their count.

When they found the error, county officials said they immediately notified the Secretary of State's Office.

"According to our internal review, this is the same person that made the human error in failing to follow protocols which caused our previous re-certification.  Since the employee’s departure, management’s corrective actions and reviews ultimately yielded 59 additional ballots that were omitted from our count. All of our internal reviews indicate that these two omissions were primarily caused by a single employee’s negligent failure to follow protocol and are in no way reflective of our collective efforts to maintain the highest standards for election safety, security and transparency," the statement said, in part. "We immediately notified the Georgia Secretary of State upon discovery of this error and look forward to officially certifying the November 3rd General Election results. The voters of DeKalb did their part in casting their ballots this election cycle and we refuse to allow the reckless acts of one irresponsible former employee to discredit this entire election and the votes of more than 373,000 DeKalb County residents."

According to county spokesman Eric Burton, this was the employee's second infraction, with the first one coming earlier the same day.

Floyd County terminated its top elections official, Robert Brady, on Thursday, after more than 2,500 uncounted votes were uncovered that needed to be added to its count during the statewide audit process.

Other counties discovered they had some scanned ballots that had not been uploaded to their count, which, according to officials in Floyd County, was consistent with what happened there.

On Friday, Burton said that the 59 votes that are being reported to the Secretary of State's office did not skew the county's vote total

RELATED: Here's what happened in the four counties where we know votes were found in Georgia

On Friday, Georgia Secretary of State Brad Raffensperger proposed reforms to the election process in Georgia that he said would better uphold the faith of citizens in the democratic process.

He said that he believed the numbers presented following the statewide hand audit of ballots from the election were correct and that they "reflect the verdict of the people."