Gilmer says she showed up at Israel Baptist Church in DeKalb County around 6:30 a.m. so she could be in the front of the voting line but it wasn't a smooth process. 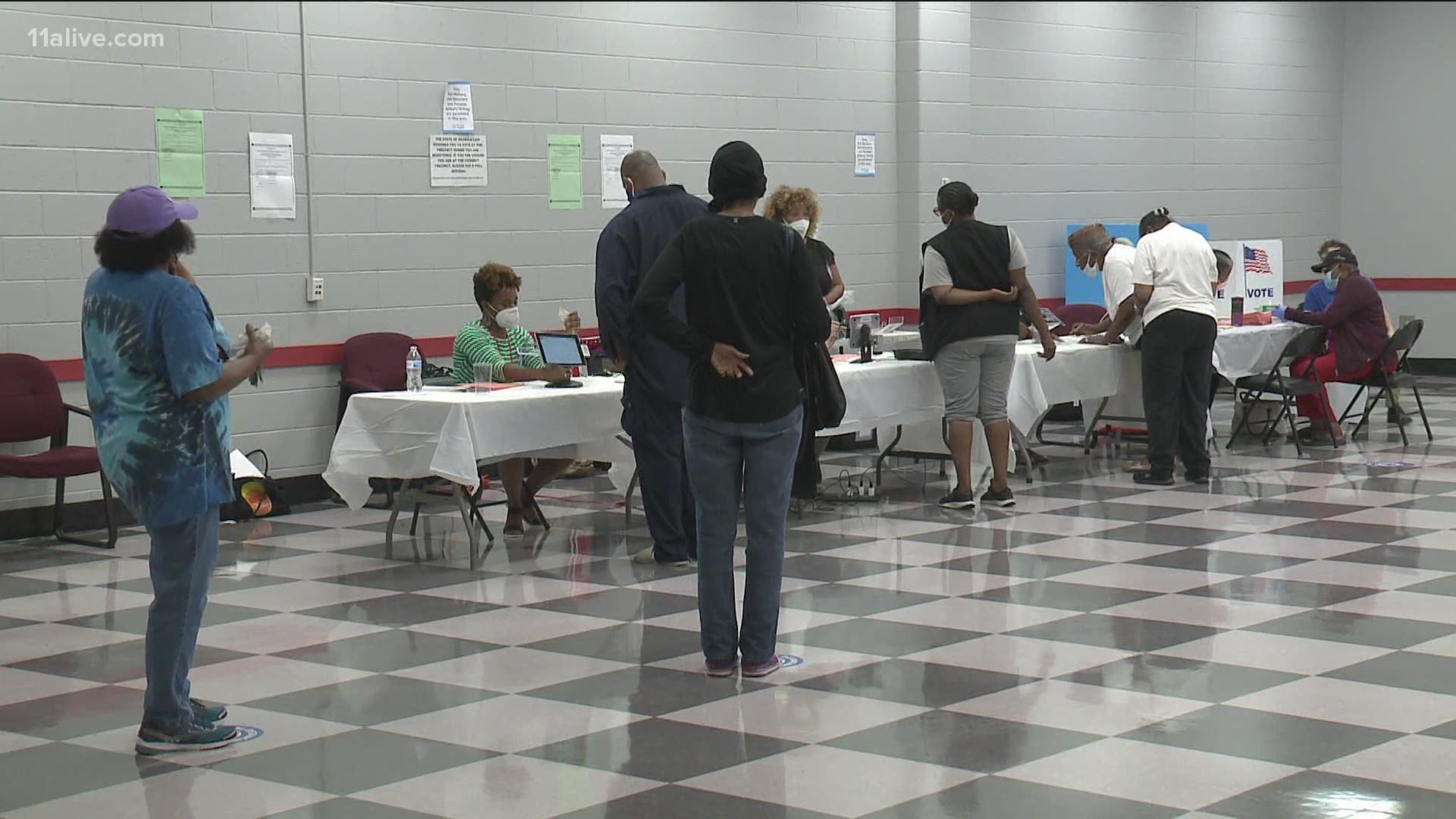 ATLANTA — Tuesday's runoff elections have been a completely different experience than the primary elections that happened on June 9.

The primary election was plagued by long lines with hours-long wait times and a slew of technical issues. Tuesday, elections have been much smoother but they were not without problems. Two counties reported minor issues.

Gilmer said she showed up at Israel Baptist Church in DeKalb County around 6:30 a.m., so she could be at the front of the voting line. Her experience turned into what seemed like a comedy of errors. It all started with the voting cards.

"So we were led into the actual voting room, but once we got into that line, they let us know that they didn’t have the voter cards," she explained.

She said someone dropped the cards off, but that led to another problem.

"So then, they decided to do an emergency paper ballot, which is locked away with a key. And he [didn't] have the key to unlock it," Gilmer said.

Gilmer said two and a half hours later, a supervisor came to the location. The problem was resolved and she was able to vote.

There was also a problem with voting cards at Berean Baptist Church. Officials said after a 40 minutes troubleshooting call -- the issue was fixed. However, three voters had to use emergency ballots instead of the voter cards.

Fulton County said they haven't had any major problems. The Secretary of State's Office said the same thing about voting statewide.

A smaller number of people voting in the runoffs may have helped with limiting issues, but elections officials said they have taken the extra steps to ensure a smoother process this time around.

The Secretary of State said they have also added 3,000 names to the voter volunteer list and those names have been sent to the perspective counties.

For the November election, they are adding a new tool to help with wait times and working on a new system to track issues. They also want to working on a way to allow absentee ballots online instead of mailing them in.