Voter after voter on Tuesday showed up to vote in South Fulton only to find locked doors after receiving a special election letter by mistake. 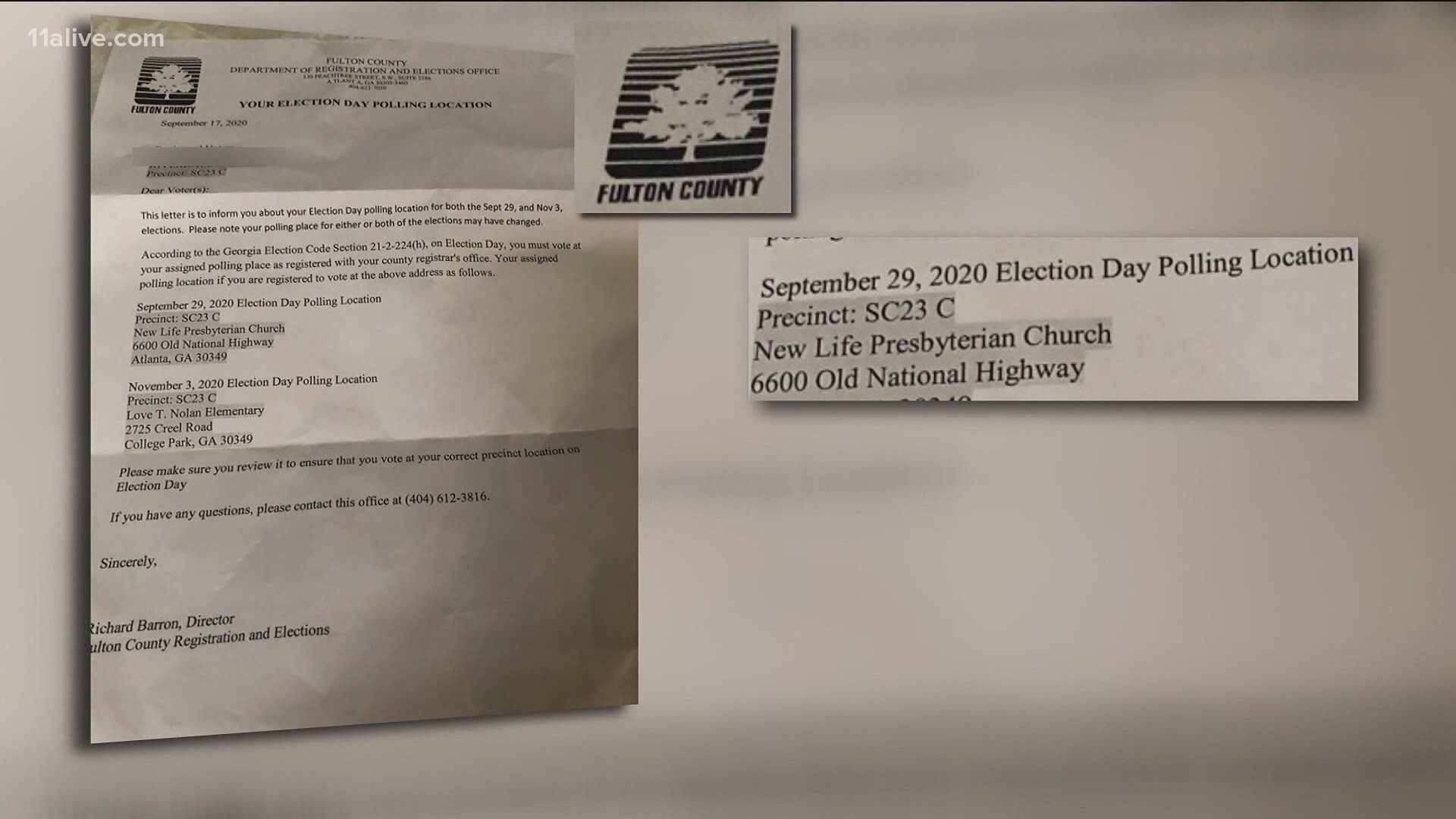 FULTON COUNTY, Ga. — Some voters ran into some confusion Tuesday, after they apparently received a letter from the county board of elections instructing them to go to a polling place to cast a vote in a special election for a district they were not yet part of.

But, according to the Fulton County Board of Elections, the letters - on Fulton County letterhead - were sent to the voters as a result of an error. The board said it is "reviewing the matter."

The letters dated Sept. 17 were sent out to inform voters of their polling location for Sept 29. The only election in Georgia scheduled for that date was the race to fill the state's District 5 seat in Congress, previously held by the late Rep. John Lewis.

"This letter is to inform you about your Election Day polling location for both the Sept 29 and Nov 3, elections. Please note your polling place for either or both of the elections may have changed," the letter reads.

The Sept. 29 location is listed as New Life Presbyterian Church off of Old National Highway. The Nov. 3 location is a nearby elementary school.

But, when voters began showing up to the church for the special election, there was no information to be found about voting.

Several voters 11Alive spoke to said they have lived for years on the border of the two districts. When they received the letter they assumed redistricting had moved them into District 5 and they showed up to vote.

Late Tuesday evening, a Fulton County spokeswoman told 11Alive that those voters received the letter by mistake, as the New Life Presbyterian Church precinct is not in District 5, but in District 13, represented by Rep. David Scott.

According to the board of elections, the error was the result of a redistricting. Their statement is below:

Due to redistricting for the November election, voters were moved to their future polling locations for the purpose of ordering new precinct cards for voters. Fulton County had to move the voters back before the September election in order for everyone to be in place. It is possible that these few voters may have been included in the letters for the voters.

All of those voters have to be moved back for the November election subsequently after the September 29 Congressional District 5 election. The voters in question are actually in District 13 Represented by Congressman David Scott. That District was not scheduled to be part of the Special Election.