Trump will be campaigning for Senators David Perdue and Kelly Loeffler on Jan. 4. 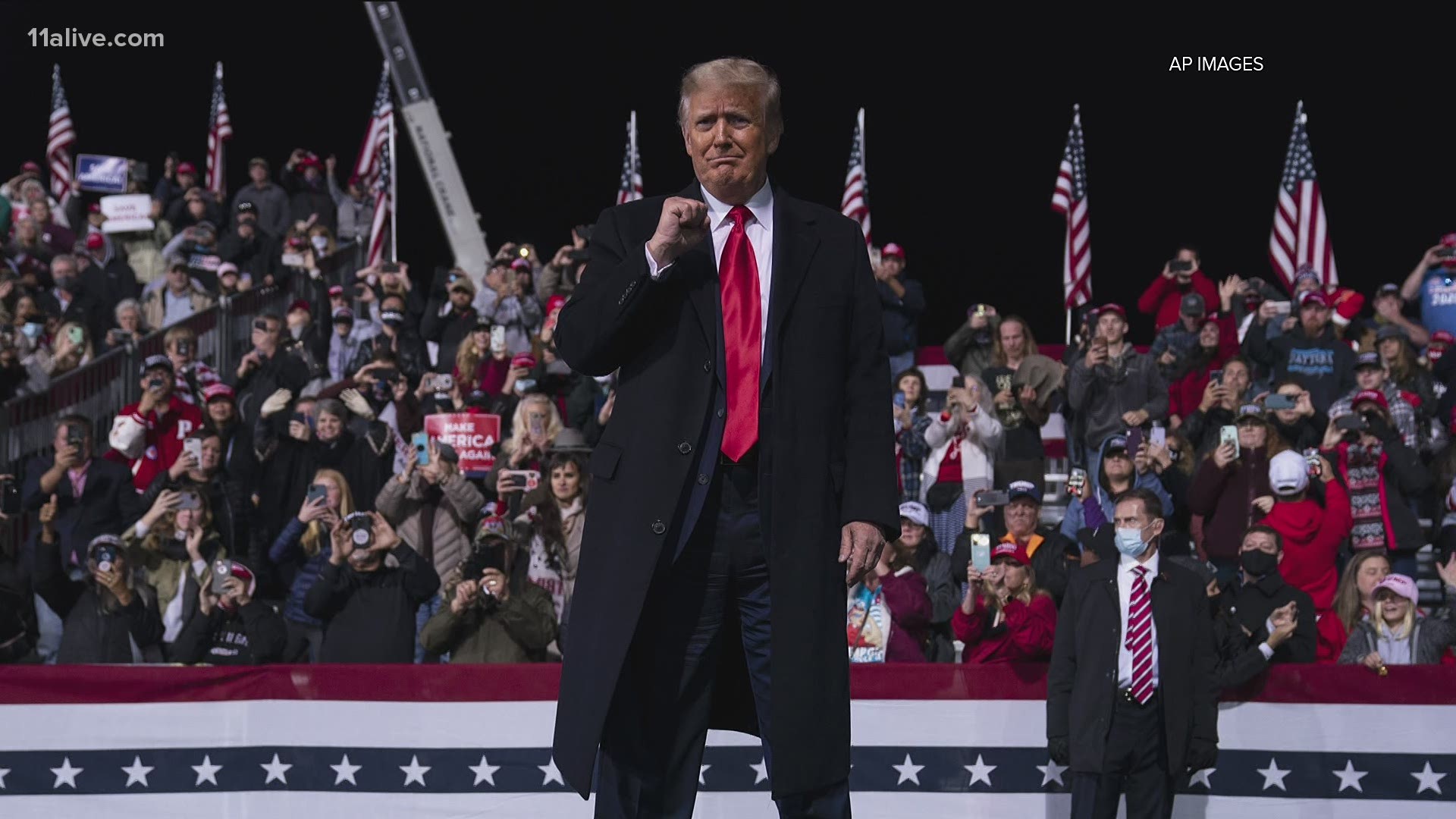 ATLANTA — President Donald Trump has announced yet another visit to Georgia in a political season that has seen the state become a lightning rod for campaigning.

Trump announced on Twitter, Sunday, that he would be returning to Georgia on Jan. 4 to campaign for Senators Kelly Loeffler and David Perdue. The rally will begin at 7 p.m. and his being held in Whitfield County at the Dalton Regional Airport at 4485 Airport Road SE. Doors open at 3 p.m. for general admission.

The president's visit will come in the final 24 hours before Georgians will be set to choose between the two incumbent senators and their Democratic challengers, the Rev. Raphael Warnock and Jon Ossoff.

The races, which are drawing significant voter interest, have also drawn the attention of the nation since they could change the balance of the currently Republican Senate.  If both Warnock and Ossoff win, the Senate would shift to a Democratic majority which would likely allow a more smooth transition for the incoming president, Joe Biden.

And, in a long-held Republican stronghold that just voted for Biden in November, Democrats are hoping to see the trend continue.

The result has been regular visits from political heavy-weights on both sides of the aisle, with both Trump and Vice President Mike Pence making multiple stops in Georgia urging Republicans to vote. Members of the first family including Donald Trump Jr. and Ivanka Trump have also made stops in the state.

But with the Senate's future in the balance, both Biden and Vice President-elect Kamala Harris have also made more stops in Georgia to campaign for Ossoff and Warnock.

11Alive is working to keep track of any additional visits to the state by major members of either party in the days to come.