The number of early votes cast so far in Duval County is almost the equivalent to all of the votes cast in the 2016 election. 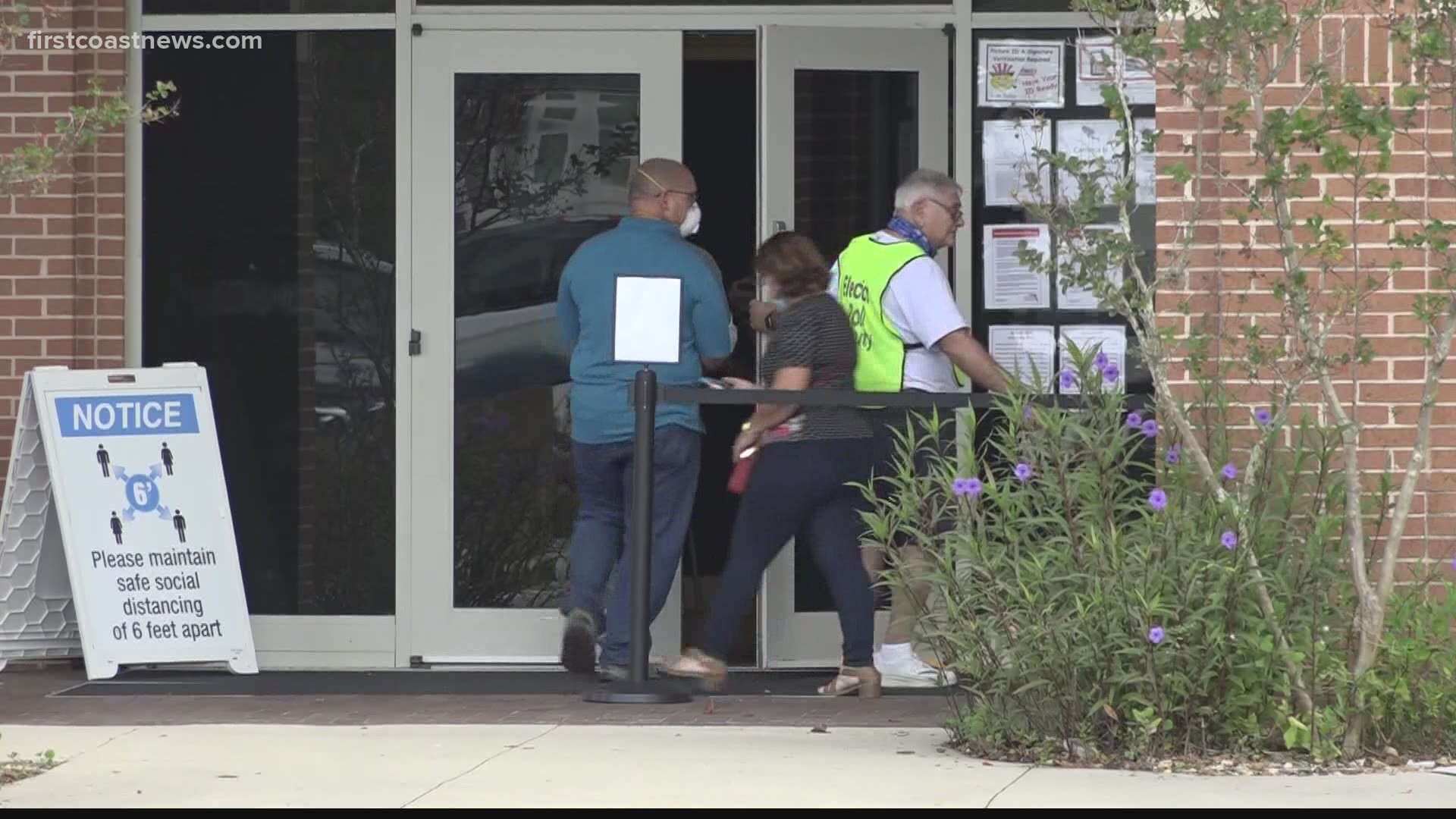 JACKSONVILLE, Fla — "Not just in Duval, but across the state, early voting has been off the charts," University of North Florida political science professor Mike Binder said.

"We thought this was going to be big, but we're still amazed by the numbers," Hogan said. "And the mail numbers, they're something like 70 percent or 75 percent higher than in 2016."

Both Hogan and Binder said COVID-19 factored into the high turnout. Hogan said they urged voters to vote early due to the pandemic.

"With this COVID environment, we don't know when things are going to change significantly," Hogan said.

"The idea that we have almost crossed those lines at this stage in the game [2016 voter numbers], it's obviously due to COVID, but there's an underlying enthusiasm, both excitement, but also fear for the opponent that's leading to such high numbers of early votes," Binder said.

According to Binder, right now in Duval, Democrats are outpacing Republican voters slightly regarding turnout. However, he expects a big Republican turnout on Election Day in Jacksonville, and across the country.

“Due to the line that Trump has been saying for several months now, that mail voting is ripe with fraud, so a lot of Republicans have either voted early in person or are waiting until Tuesday," Binder said.

It is important to note, Binder said, that a person's party doesn't translate to a vote for that party's nominee. And will we have a good sense of who won Florida on election night? Binder thinks there's a good chance.

This may be the lone exception to hopefully where Florida is the shining star of elections and not the laughing stock. We have an opportunity to do it right here because we have experience not only with heavy yearly in person but also vote by mail and this is key we count our vote by mail essentially as they come in," Binder said.

Binder said that's assuming it's not close enough for a recount, however.

"In Florida, two percent is a landslide, so that's certainly not out of the question, but I think we'll have a pretty good sense about where this election is going early on Tuesday," Binder said.

"We’ve worked these ballots every day when they came in and we did not want to get behind because we weren’t sure exactly just how many we were going to have, and so we stayed up with them all the way through. Right now we’re in a good spot," Hogan said.

If you haven't voted yet, you can look up your precinct on the Supervisor of Elections website. You can also track your ballot's status there. Hogan said if you're voting in person, come prepared with your ID and a sample ballot to expedite the process.

If you still need to drop off your mail-in ballot, the only place you can do so is at the Supervisor of Elections office at 105 East Monroe Street in downtown Jacksonville. You can drop your ballot into the secured dropbox before 7 p.m. on Election Day.

Monday morning, the canvassing board in Duval will be back reexamining ballots looked at under a former alternate chairman who resigned from his role with the board last week. He resigned when it was discovered he donated several times to President Donald Trump's campaign.

Regarding this, Hogan said it won't slow down the process. He said voters should have full confidence in the process.