The outcome will determine which party controls the Senate during the first two years, at least, of the Biden-Harris Administration. 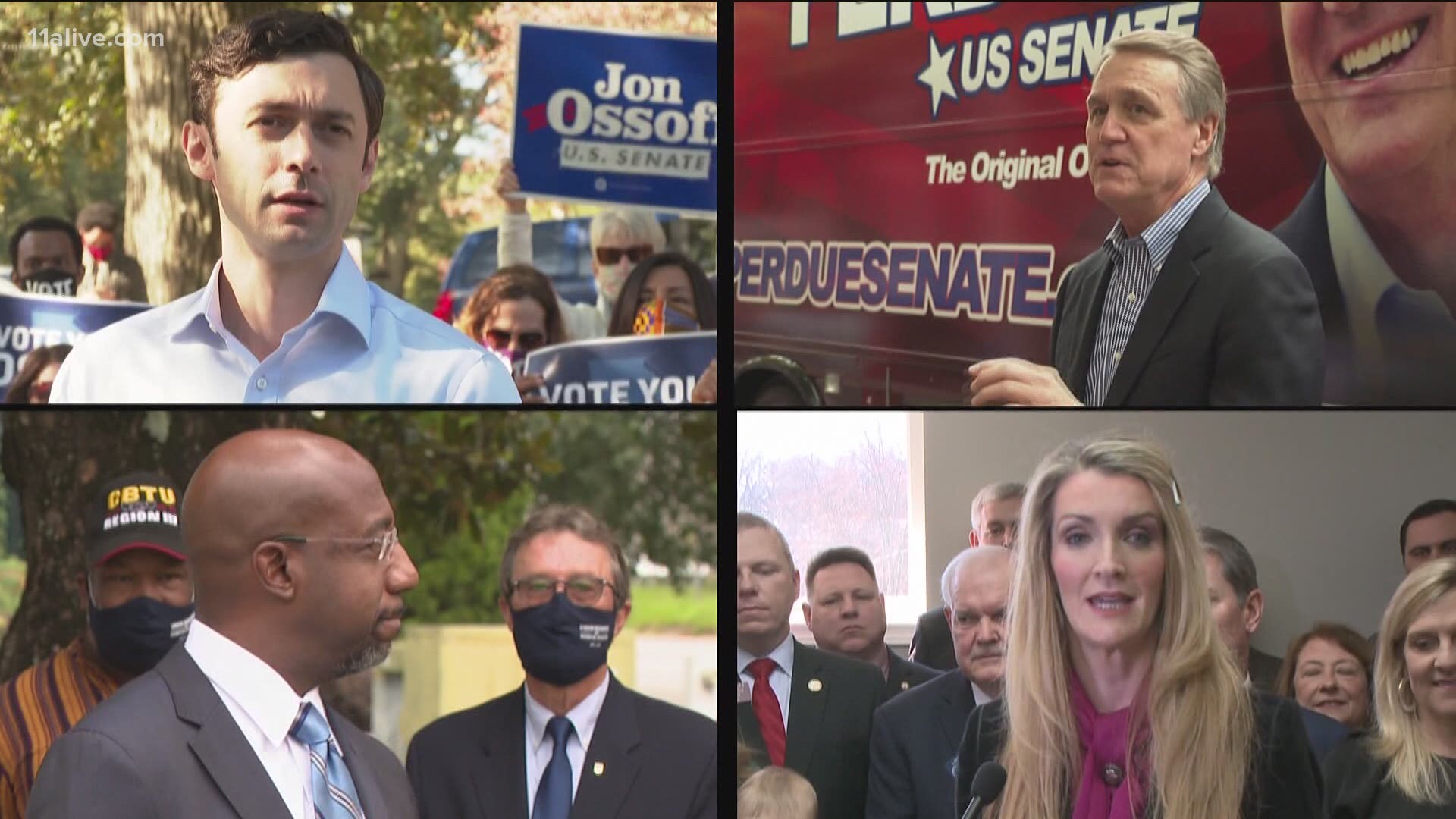 And that means it is now time for Georgia voters to begin deciding the two U.S. Senate runoff races that will determine if the Republicans or Democrats will control the Senate.

The total number of absentee and in-person voters for the Nov. 3 general election was a record -- nearly five million people voted.

No one is predicting whether that many people will vote again in the run-offs. But there has rarely, if ever, been a more intense political war in this state.

Four candidates are competing for the two U.S. Senate seats:

On Tuesday, President-elect Joe Biden is scheduled to campaign in Atlanta for Ossoff and Warnock to try to flip the U.S. Senate blue.

On Thursday, Vice President Mike Pence is scheduled to return to Georgia to campaign for Perdue and Loeffler to try to keep the Senate red.

Loeffler and Warnock both campaigned in Warner Robins -- middle Georgia -- on Sunday.

“It is as urgent as ever,” Warnock said following a drive-in rally. “And so we need everybody to turn out and vote.”

“Everything’s at stake in this election,” Loeffler said following her speech at the Houston County GOP offices. “It’s the future of the country. I always say the American Dream is on the ballot.”

“So that we can raise the minimum wage, relieve student debt burdens, invest in clean energy,” Ossoff said on MSNBC, "so that that this incoming administration can enact legislation that serves the people.”

“In every other state except one, I would already be re-elected,” Perdue said, referring to Georgia law that defines when state-wide races for federal office must be decided in run-off elections.

Perdue received a plurality, not a majority, of the vote among the three Senate candidates running against each other in this year’s general election, requiring the two top finishers, Perdue and Ossoff, to face-off in the run-off.

“And we’re standing with the President (Donald Trump), still,” Perdue said, “to make sure we don’t let the Democrats get total control and unwind all of the gains we’ve made in the last four years.”

Stacey Abrams, the founder and chair of the voting rights group Fair Fight, told 11Alive on Sunday how new, young voters registering for the runoffs could be a big factor in the outcome.

“These are people who did not vote in the general election,” Abrams said. “That means there’s enthusiasm, but there’s also a hunger for action... We believe young people understand this more than anyone because they’ve careened from, first, the Great Recession, to, now the COVID pandemic.... They understand their voices matter and their voices can change the future.”

There will not be as many places available in many of Georgia's 159 counties for in-person early voting over the next three weeks, compared to the numbers there were in October.

County elections officials said that’s partly because the run-off ballots will be much shorter, with only three races--the two U.S. Senate run-offs and a Public Service Commission run-off--to be decided. So, voting is not expected to take as long for each person, and any lines are expected to move faster. 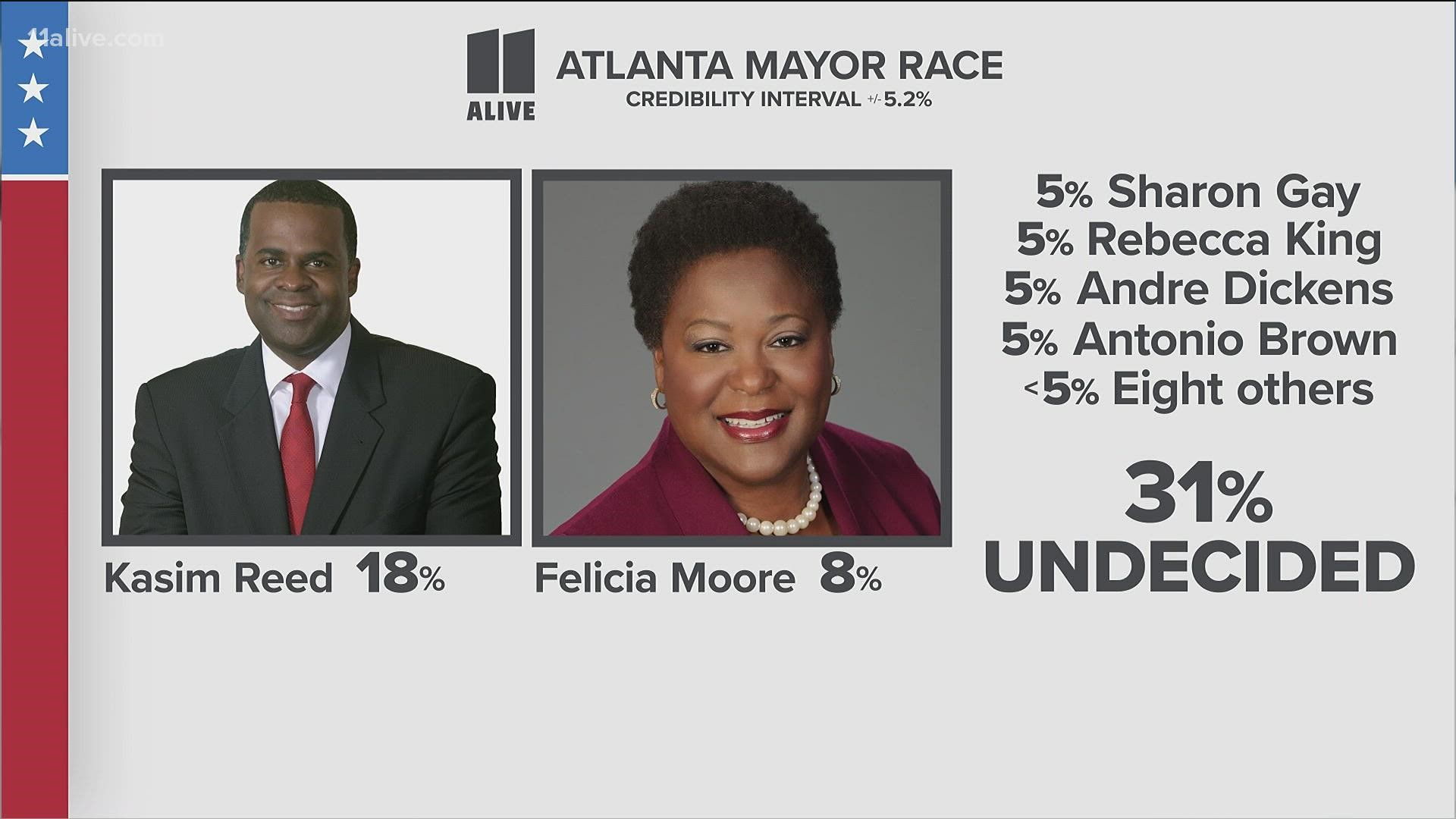