Although many are expected to show up to the polls, some Georgians have opted to use absentee ballots instead. 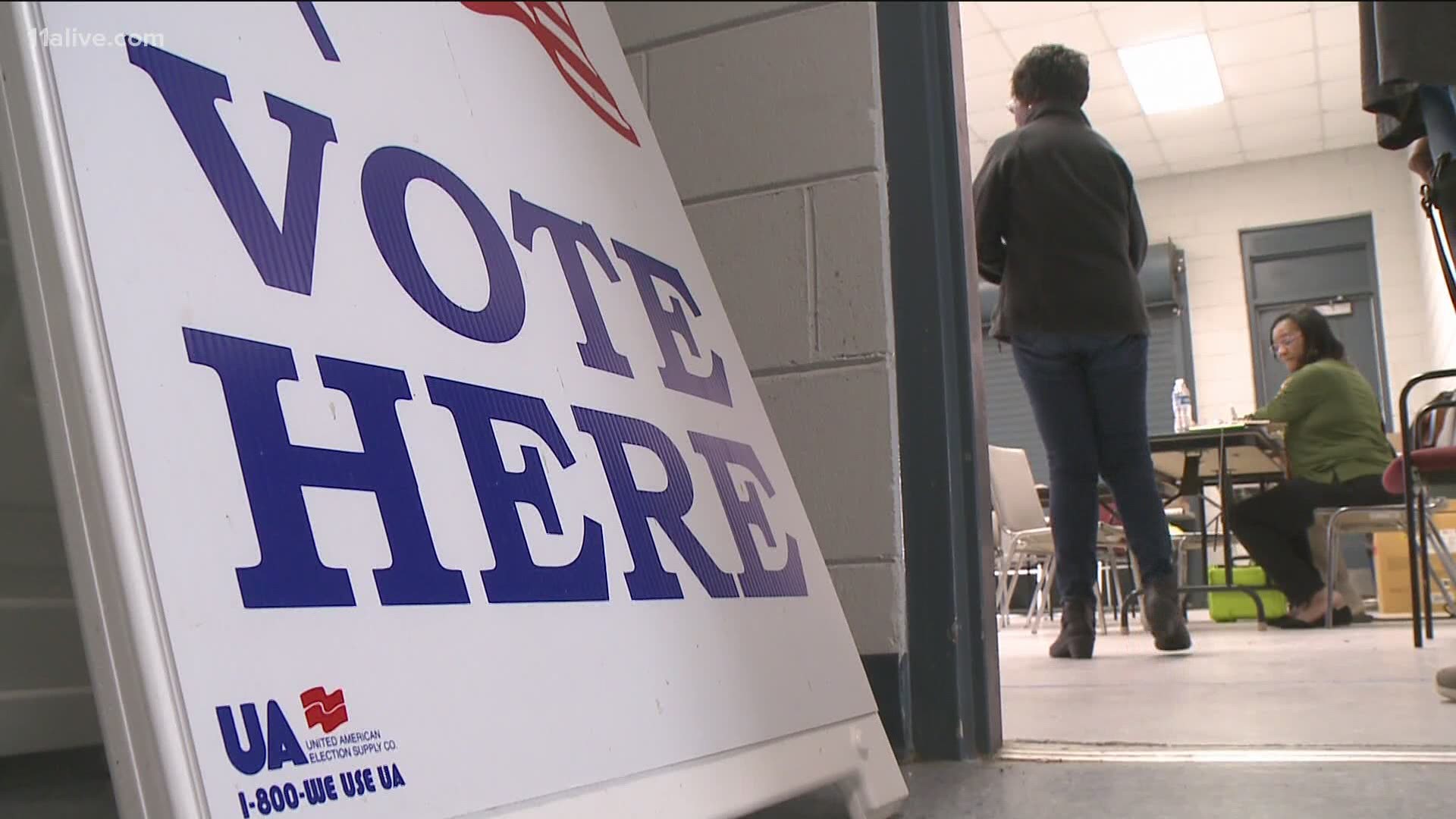 ATLANTA — Georgians will head to the polls beginning Monday, May 18, for early voting for the General Primary, the Presidential Preference Primary, and the Special Election.

The COVID-19 pandemic has added a different type of stress onto the election system. Although many are expected to show up to the polls during the early voting period, some Georgians have opted to use absentee ballots instead.

Last week, the Georgia Secretary of State's Office said they've received a record amount of absentee ballots - considering there are still a few more weeks to go before Election Day, which is set for June 9.

The Georgia Secretary of State's Office said on Thursday that counties have accepted more than 250,000 absentee ballots for the combined Presidential Preference Primary and General Primary. These are the first of nearly 1.4 million absentee ballots requested by voters across the state.

State officials said new stress has been that poll workers, who generally fall into the high-risk age group, are self-isolating, leaving counties to find replacements. Some churches and other organizations that usually host polling places are refusing to do so this election, forcing counties to find other locations.

Election Day had been postponed as election officials worked to put in place plans to ensure that voting would be safe and secure as they said they were prioritizing the health of voters and poll workers.

Richard Barron, the director of elections for Fulton County, talked about what voters would see when they go to the polls.

"Out of consideration for the voters and poll workers, we’re asking everyone to wear a face mask or face covering when they come to vote, to be patient with the poll workers," Barron said. They’re going to be there day after day for 16 days."

In an April update, state officials said they believed that pushing the election back any further could have negative consequences for the Nov. 3 General Election.

A federal judge recently dismissed a lawsuit that sought to further delay the primary election and to force other changes to the voting process.The judge wrote in an opinion that it's up to state legislatures, not the courts, to manage elections.

To find an early voting location near you, visit the secretary of state's website.

Tropical Storm Arthur churns away from Florida, toward the Carolinas