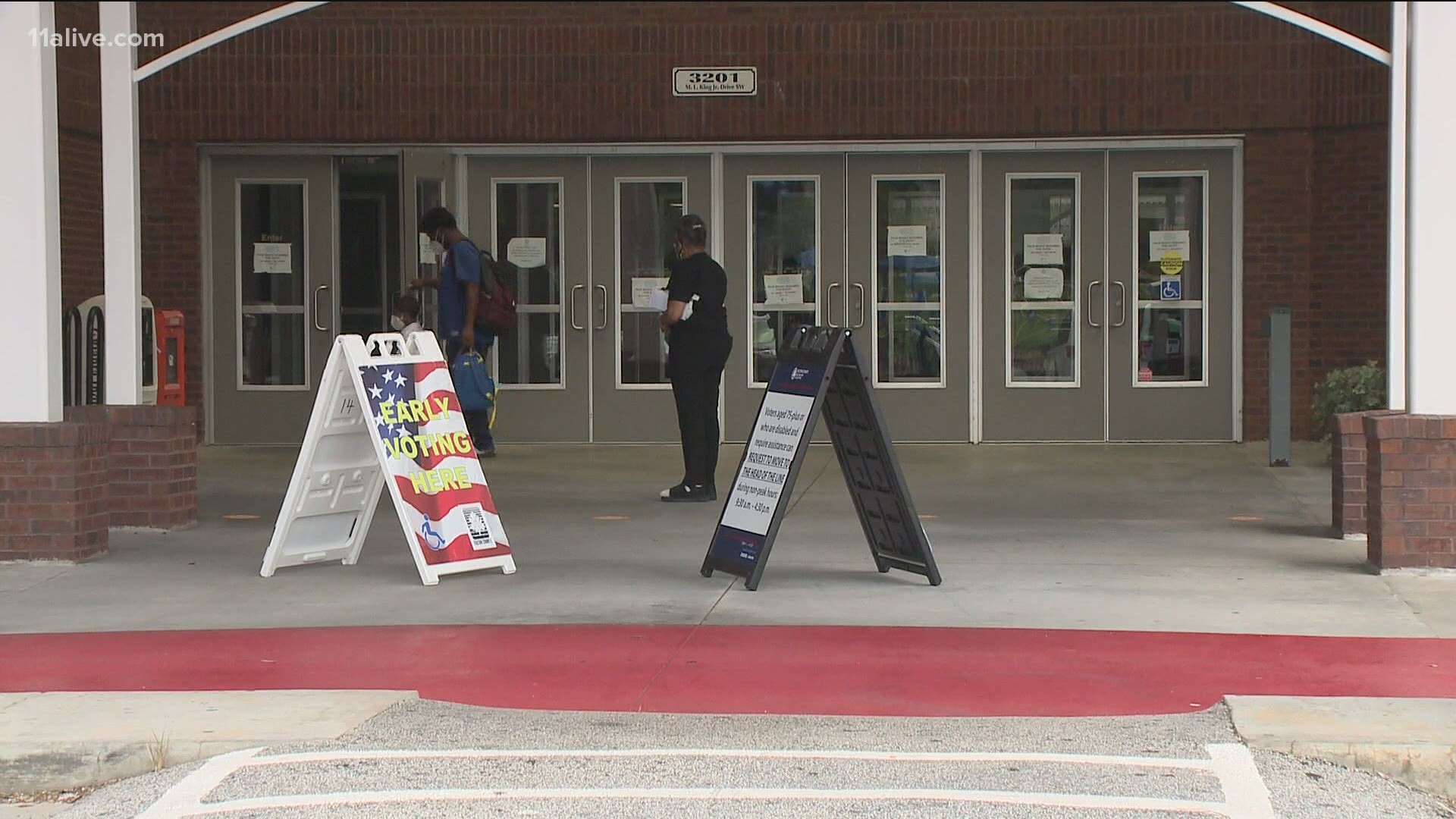 ATLANTA — Today is the last day for early voting for the general election. It’s the last chance Georgia voters have to cast their ballots in person before Election Day on Tuesday, Nov. 3. Early voting began on October 12 and so far, 2.4 million Georgians voted this way.

An additional 1.1 million have had their absentee ballots counted bringing Georgia’s total to 3,588,342 ballots cast for the General Election so far. For comparison, in the 2016 presidential election, 4.2 million Georgians cast ballots, according to the Georgia Secretary of State’s Office.

Early voting locations in some counties were closed yesterday because of power outages from Tropical Storm Zeta. Some continue to be closed today.

11Alive is tracking the latest developments on the last day for early voting. We will update this story as new information comes in.

Here's how to check wait times before you go.

The extension comes after all of their locations were closed yesterday because of power outages.

10:00 a.m. | Georgia's Secretary of State provides a live update on the last day of early voting. 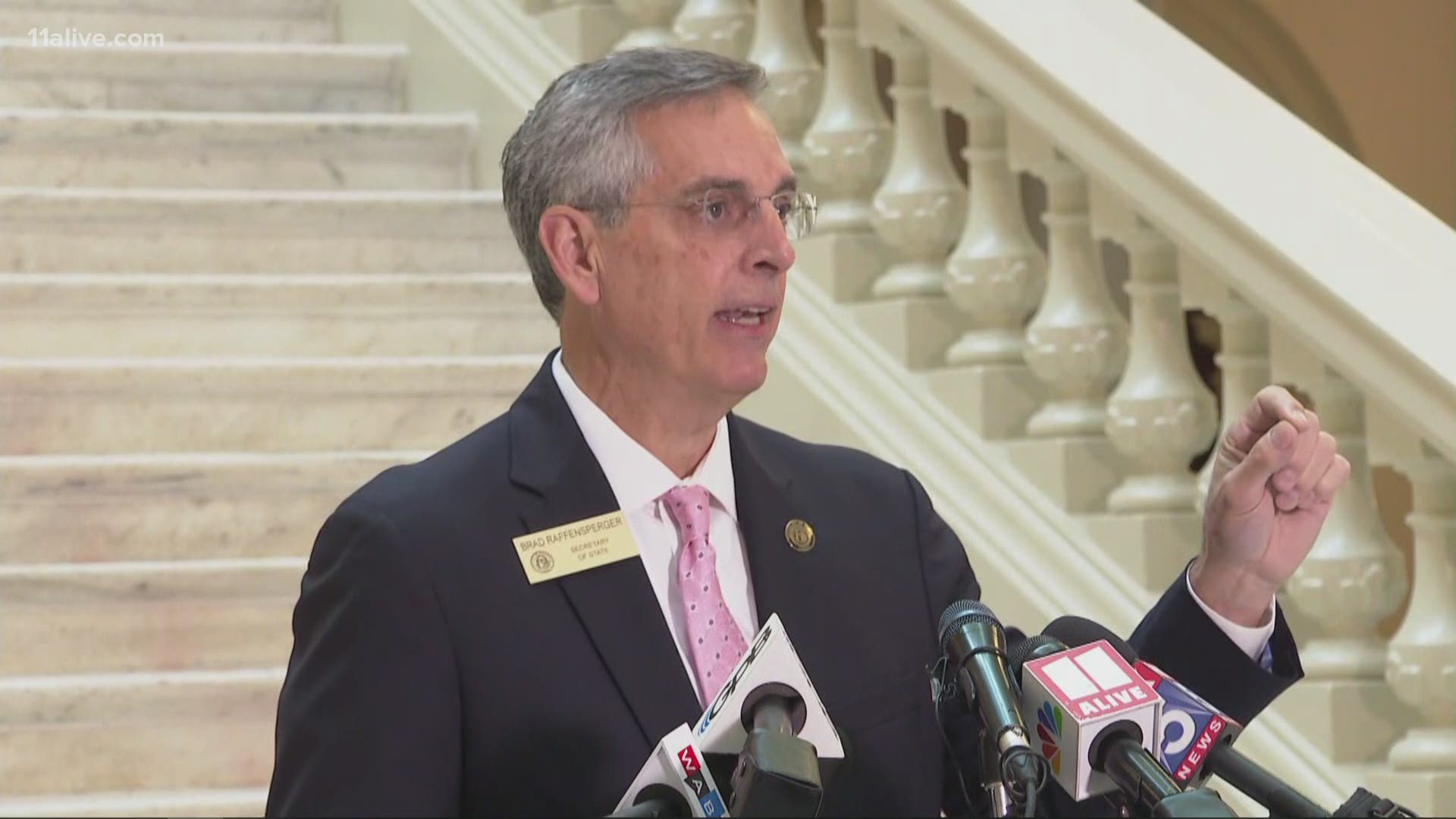 8:15 a.m. | In Gwinnett County, the voting location at Lucky Shoals Park Community Center is closed because of the power outage. Open voting locations and wait times are listed, here.

8:00 a.m. | In Fulton County, the voting locations at Wolf Creek Library and Chastain Park gym do not have power. However, Fulton County has mobile voting units where voters can cast their ballots.