State Farm Arena and other precincts are open for the final weekend of early voting. 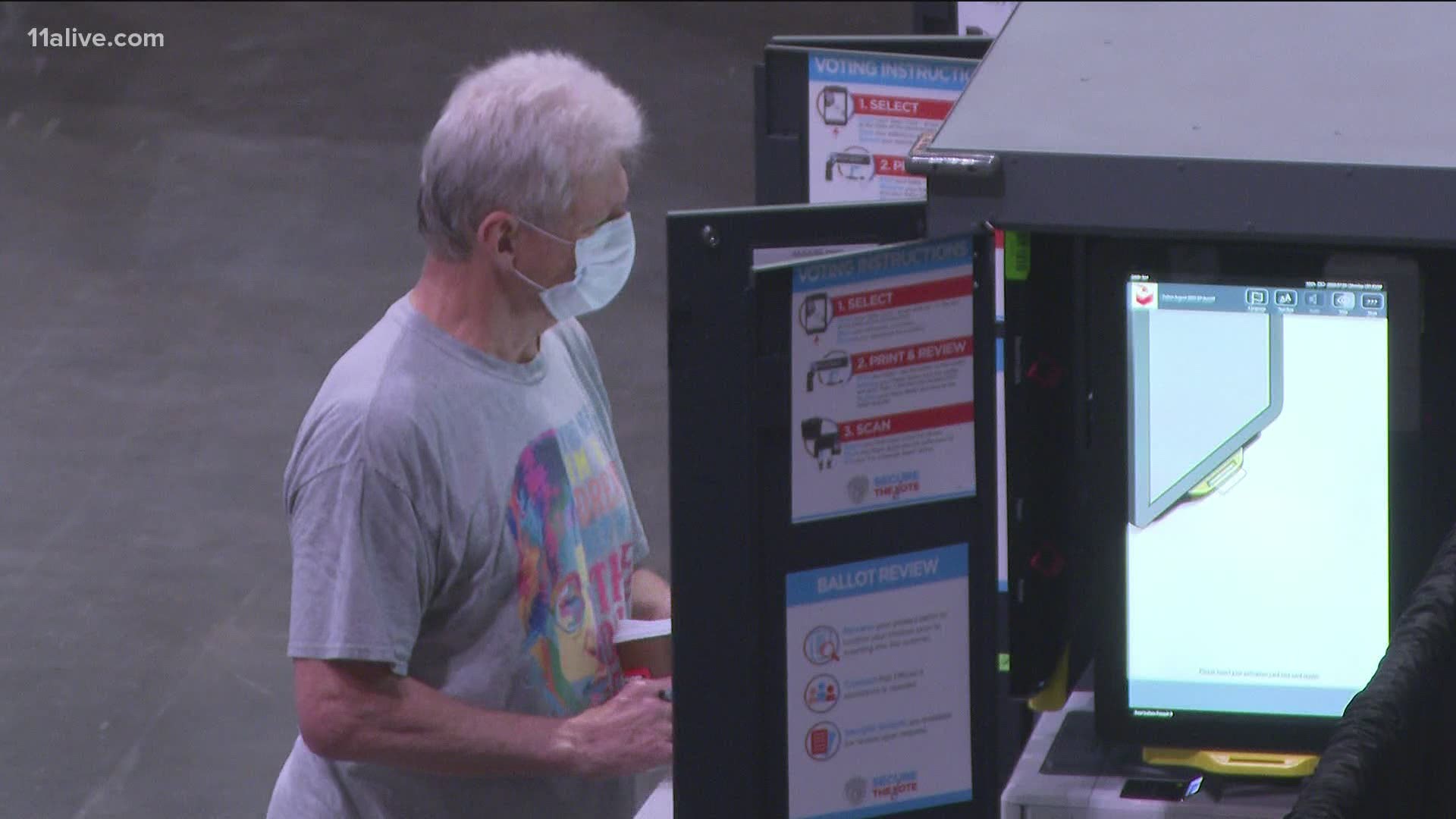 ATLANTA — Voting for the August 11 runoff election continues in Georgia with the final day coming up on Friday, August 7.

Election officials are hoping voters do not run into problems at the polls.

This is a worry for officials, because of the issues uncovered during the June primary.

Thousands of voters were forced to wait in long lines that for some people, extended until the midnight hour, just to cast their votes.

At Atlanta's State Farm Arena, the Atlanta Hawks and Fulton County election officials have joined forces to create the largest polling location in the state of Georgia.

The arena is one way to accommodate a large number of voters while at the same time allowing for social distancing.

Early voting got underway on Saturday morning at 8:30. This marks the final Saturday for early voting.

At the State Farm Arena "mega site" voting officials have about 100 polling stations open, allowing for at least on Saturday morning, no lines and no waiting.

Staff from the Atlanta Hawks are assisting poll workers with getting folks through the space quickly and efficiently.

Voters get free parking at the arena and a special voting sticker.

All of the early voting locations are open until Friday. After that, in order to vote in the runoff, you'll have to wait until Tuesday and vote at your own precinct.