According to the Secretary of State's website, there were 156,126 early in-person ballots cast statewide on Thursday. 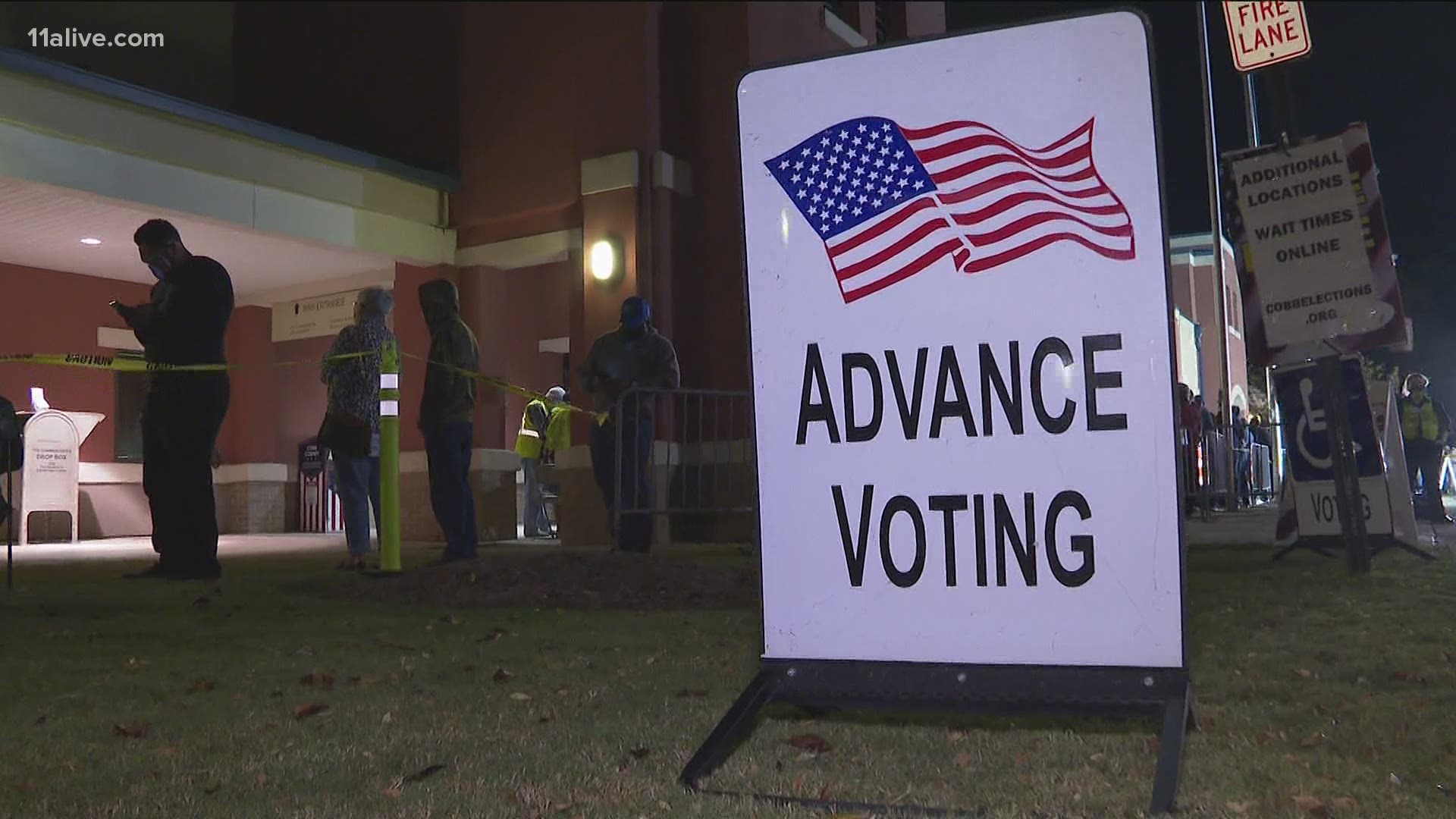 COBB COUNTY, Ga. — Georgians are nearing the end of the first week of early voting.

On Friday morning, at the Cobb County Elections and Voter Registration Office in Marietta, the story is the same as it was earlier in the week: A long line before sunrise.

Mike Beauchamp stood in line next to his wife Pam.

“That’s why we came out so early -- to avoid those long lines," he said. "Get here early and hopefully only have to wait an hour or two to vote.”

“It’s not discouraging. I did not want to have to stand in line for eight hours today on our day off, but I think it’s good," she said. "I think we are lucky that we have to chance of advanced voting.”

Meanwhile, by mid-morning in South DeKalb County, several voters said that they were in and out in no time.

According to the secretary of state's office, there were 156,126 early in-person ballots cast across the state on Thursday.

That single day total exceeds the early in-person ballot count for the same point in the 2016 general election cycle. According to Secretary of State Brad Raffensperger's office, the total on that date -- October 20, 2016 -- was 95,570 ballots statewide.

As of this point, according to Raffensperger's office, there is a 62% increase in total early in-person turnout for the 2020 general election cycle over the 2016 election cycle.

Maxie Palmer III was voting in Cobb County on Friday.

“We have to make sure that all of us are using our voices and make sure we have a hand in what’s going on,” Palmer said.