Officials said during the delay, some voters waited and others chose to vote at another early voting location. Others chose to return today. 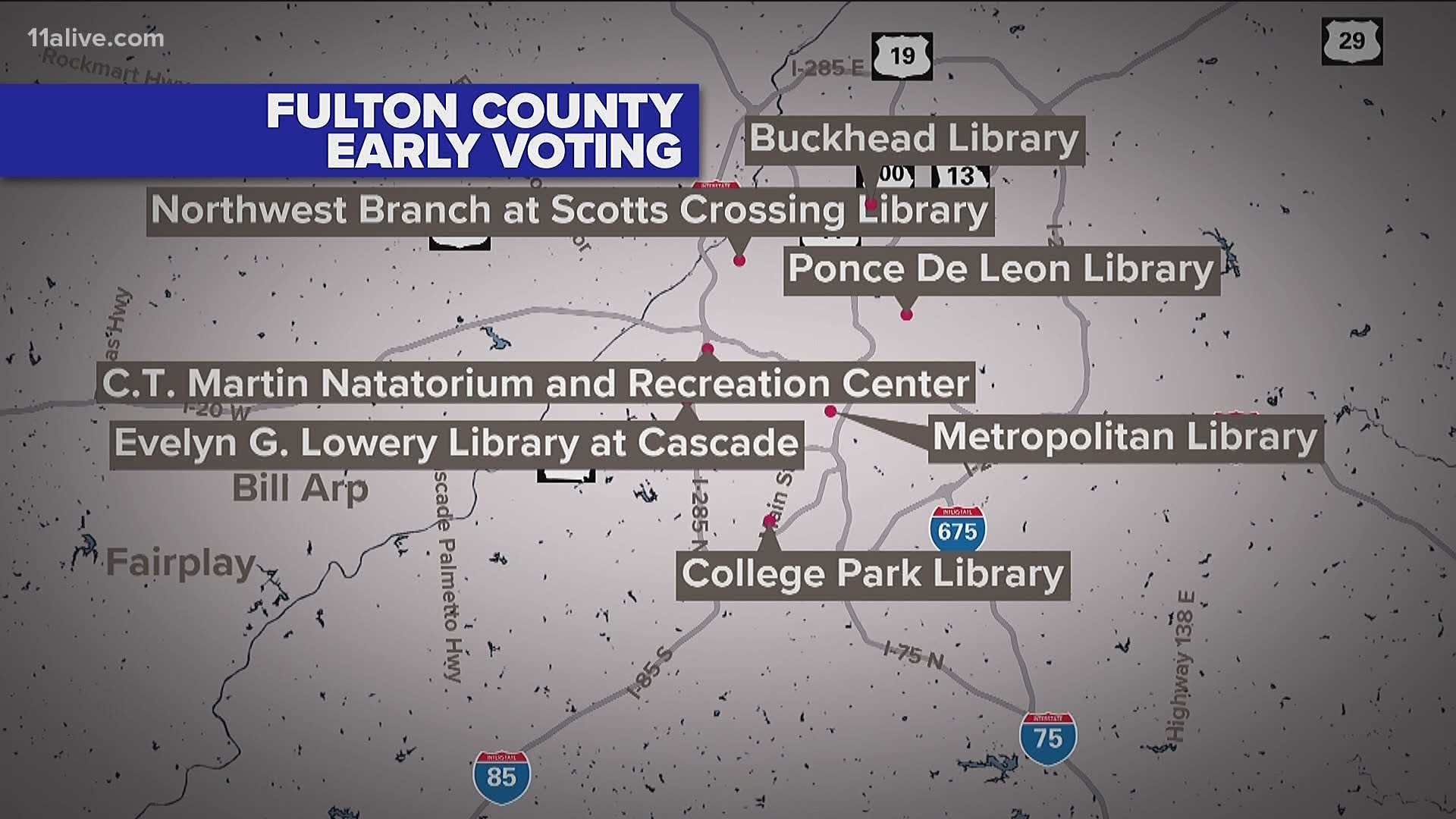 ATLANTA — Early voting for the special election to fill the remainder of the late John Lewis' term in Georgia's 5th Congressional District began on Tuesday. And, Fulton County reported technical issues at one of seven locations on the first day.

They said one issue was resolved, however, they became aware of another involving "Poll Pads." They said that problem is the responsibility of the vendor.

"The Elections Department has learned that according to the vendor, the Poll Pads were operating normally until mid-morning due to a technical error," a statement read. "The vendor is currently reviewing the data collected at the site."

The 5th Congressional District includes most of the city of Atlanta and portions of Fulton, DeKalb and Clayton counties.