Election officials would like to see voters explore other options -- including using absentee ballots -- or, waiting until next week to vote early. 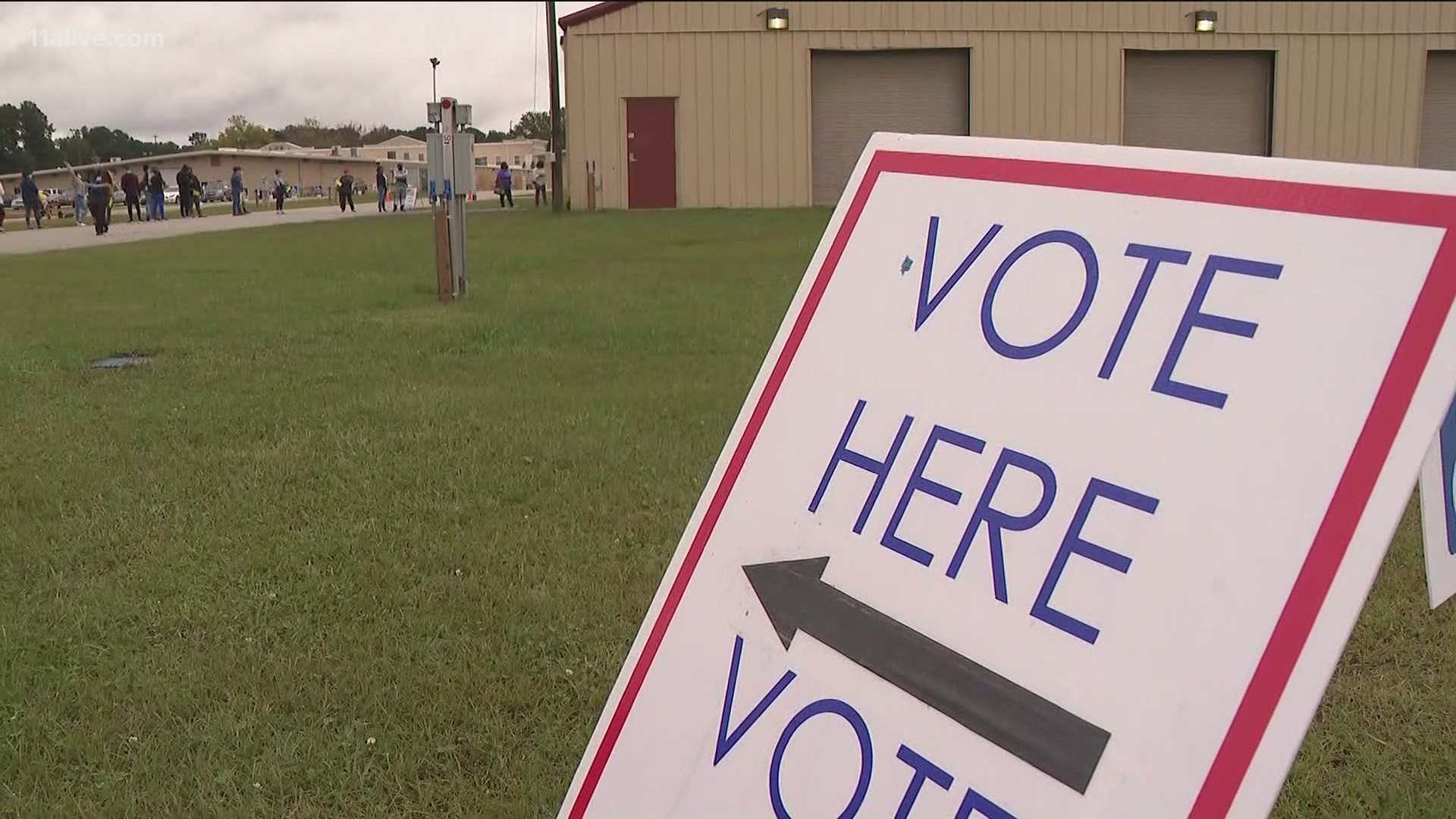 ATLANTA — County and state officials expect long lines at early voting sites to decrease over the next few days.

In Fulton County, officials said they have no plans to increase the number of machines or early voting sites – and that appears to be the case in other counties.

Voters do have options other than to stand in long lines during the first days of early voting. Election officials would like to see voters explore those options -- including using absentee ballots -- or, waiting until next week to vote early.

In Henry County, Tuesday was the second straight day of lines that snaked outside of an early voting site.

They said they are limited in what they can do due to social distancing, but are looking at every avenue and seeing if they can make additional changes to reduce wait times.

"This is a system that is broken. It needs to be fixed. It definitely feels like voter suppression is going on here. with the hope that people will just get frustrated and walk away," Dean said.

Recent history shows that voters choose to show up in droves the first few days of early voting – with crowds easing in the days the follow.

"If you have a lot of people engaged in the process and a lot of people showing up and a high volume of voters, no matter how many polling locations you open up during early voting, you’re going to have lines," said Fulton elections director Rick Barron.

He says early voting lines will decrease over the next week or week and a half of early voting – then will pick up again the two or three before the final weekend before election day.

Next week is probably the best time for early voters who want to avoid lines to show up.

Officials say it's unlikely they can add machines or capacity to early voting locations, in part because they can't crowd more people into limited spaces during the pandemic.