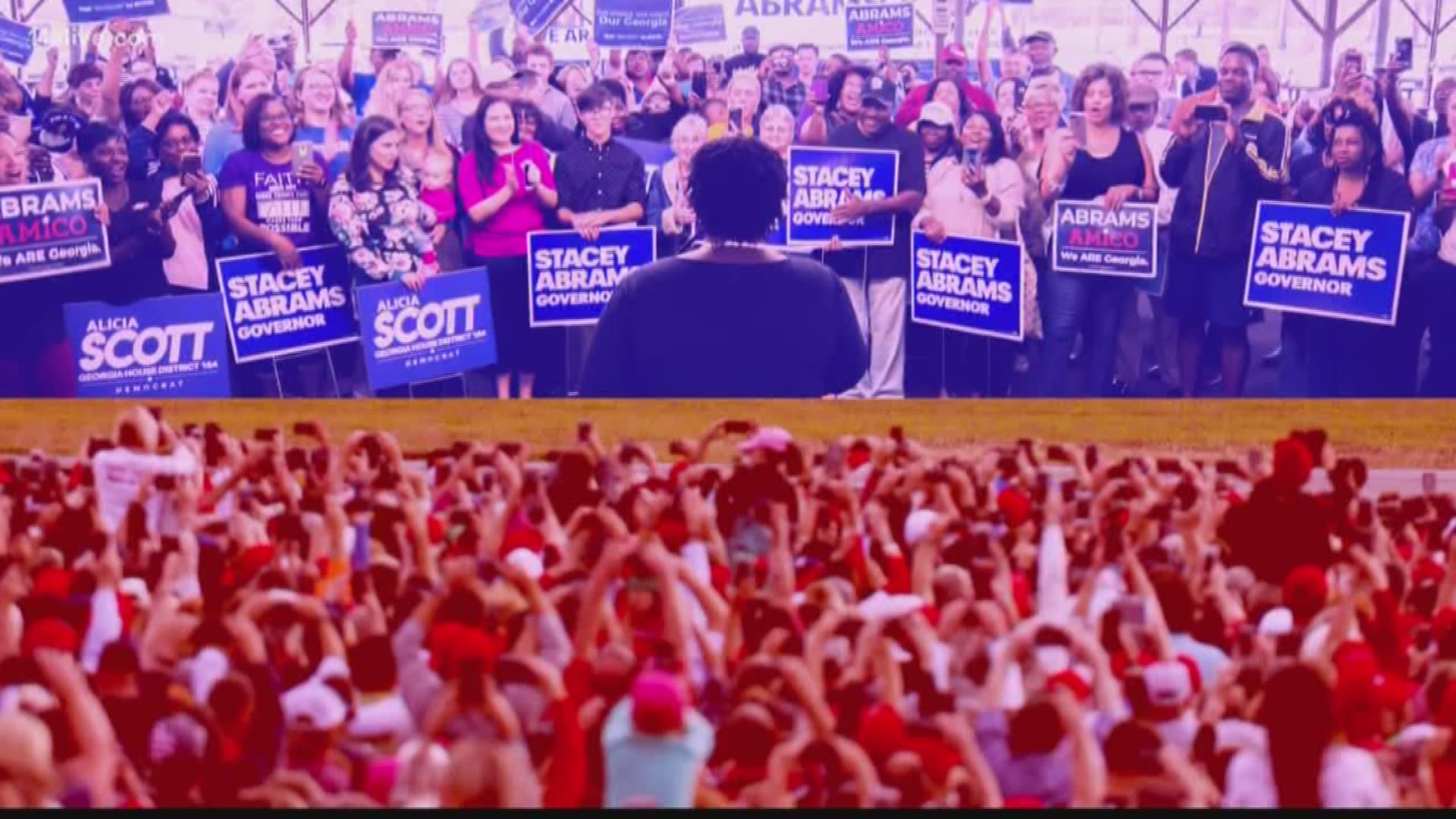 Perhaps you think like Dr. Douglas Young of the University of North Georgia: "In America now, we're in the midst of a nonviolent civil war."

Young continues: "The right and left are so far apart, not just politically, but at a deeper-rooted level, religiously and culturally."

How does division look in Georgia? Last year's results show stark lines statewide. When Stacey Abrams and Brian Kemp ran for governor, the nine counties closest to Atlanta all voted Abrams – by nine percent or more.

The next circle out? They all voted Kemp – by 13 percent or more.

"The state is changing, like many of the states in the United States are changing," said Dr. Robert Brown of Spelman College. "In terms of demographics, in ways that the state can't control."

So, do a Georgian's demographics predict what party earns their vote? The web site Politico tested it. They plotted each county based on various factors and how their residents voted, to see if it matched history.

In 2018, they found income didn't matter, age and education only slightly. But when they checked race, they found a straight line. The higher the minority population, the higher percentage of Democratic vote – and vice versa.

"The changes have been happening for years," said Dr. Brown. "But the current President and the response to him only heightens that division."

Those changes aren't unique to Georgia. Politico found the same graph among our neighbors. Alabama, Mississippi and South Carolina. The whiter the county, the more Republican it went.

"I think there is a sense among conservative voters – rural, traditional, older – that they're losing the country," said Dr. Young. "I think some of them see President Trump as a modern-day King David: someone who's got a bunch of flaws, but who they see as their champion."

And so we wind up here: a clear dividing line between blue and red in a state that will attract attention from both.