How would a recount in Georgia work?

Recounts are strictly controlled by state law - and they're not common in the state. 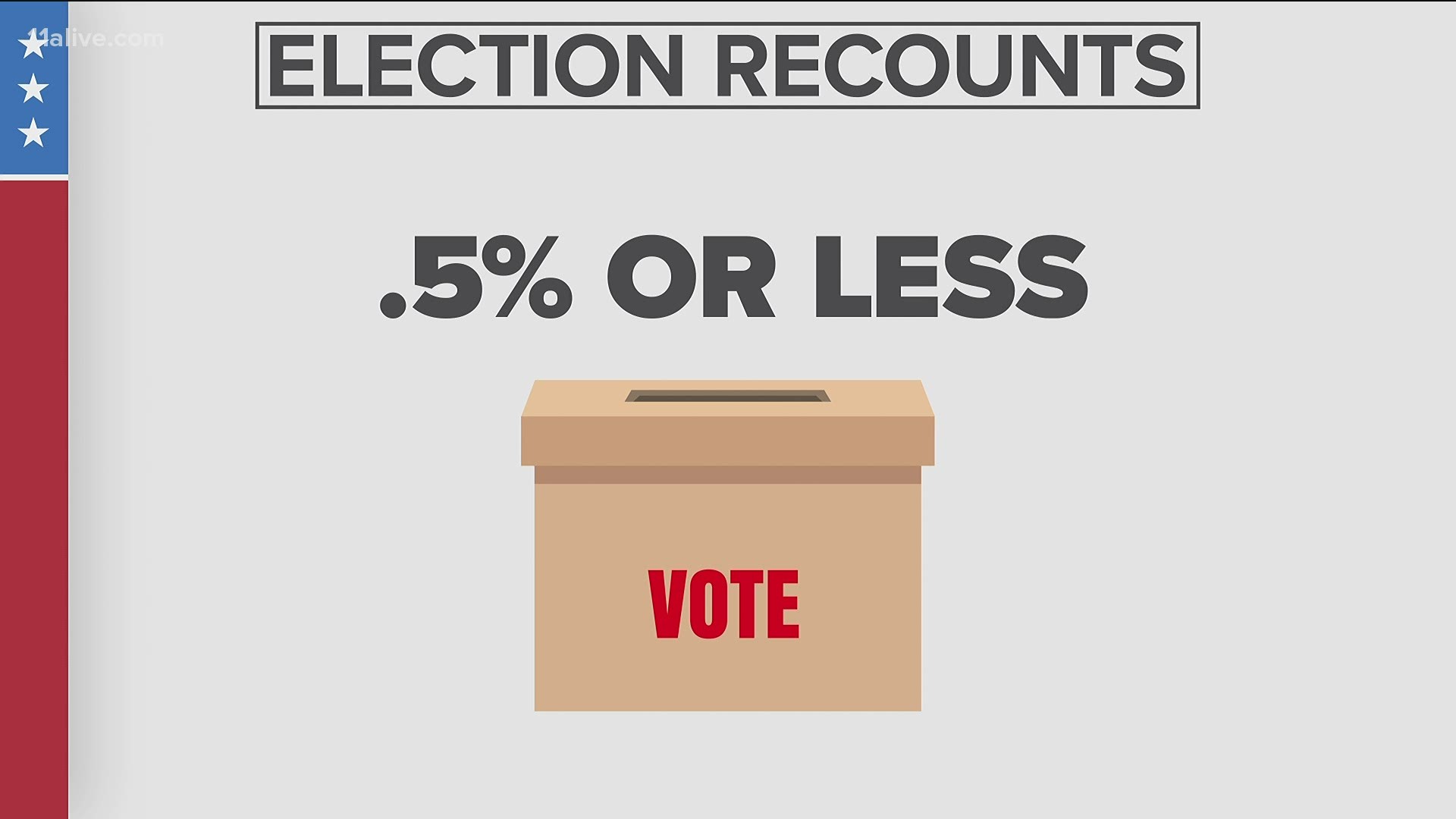 ATLANTA — No matter who prevails in the presidential race in Georgia, there's a strong likelihood of a recount.

But recounts are not common in the state.

Recounts are strictly controlled by state law. And the presidential race seems to fall within the legal guidelines.

The last time Georgia seemed poised for a recount was during the governor's race two years ago. Democrat Stacey Abrams was within 55,000 votes of beating Brian Kemp. But Kemp won the election and there was no recount.

PREVIOUS: The times a recount actually changed the election results

That's because the race was ineligible for a recount. Kemp won by a margin of about 1.4% - a thin margin, but not enough to trigger a recount.

State law says in order to be eligible for a recount, the margin between the first and second place finisher has to be 0.5%

President Trump's margin over Joe Biden continued to shrink in the days after election day, with outstanding ballots still being counted. Biden squeaked ahead in the early morning hours on Friday after a large batch of ballot results were pushed through from Clayton County, a south metro county that leans heavily Democratic and was represented by the late Congressman John Lewis.

That makes the presidential race the only statewide or legislative or congressional race eligible for a recount.

However, no recount is automatic. A campaign has to request it within two business days of the vote being certified. Certification of Georgia's elections is still days away.

There is no set deadline a for when a recount has to be completed.