While David Perdue is running unopposed on the GOP side, there is a large field on the Democratic side of the ticket. 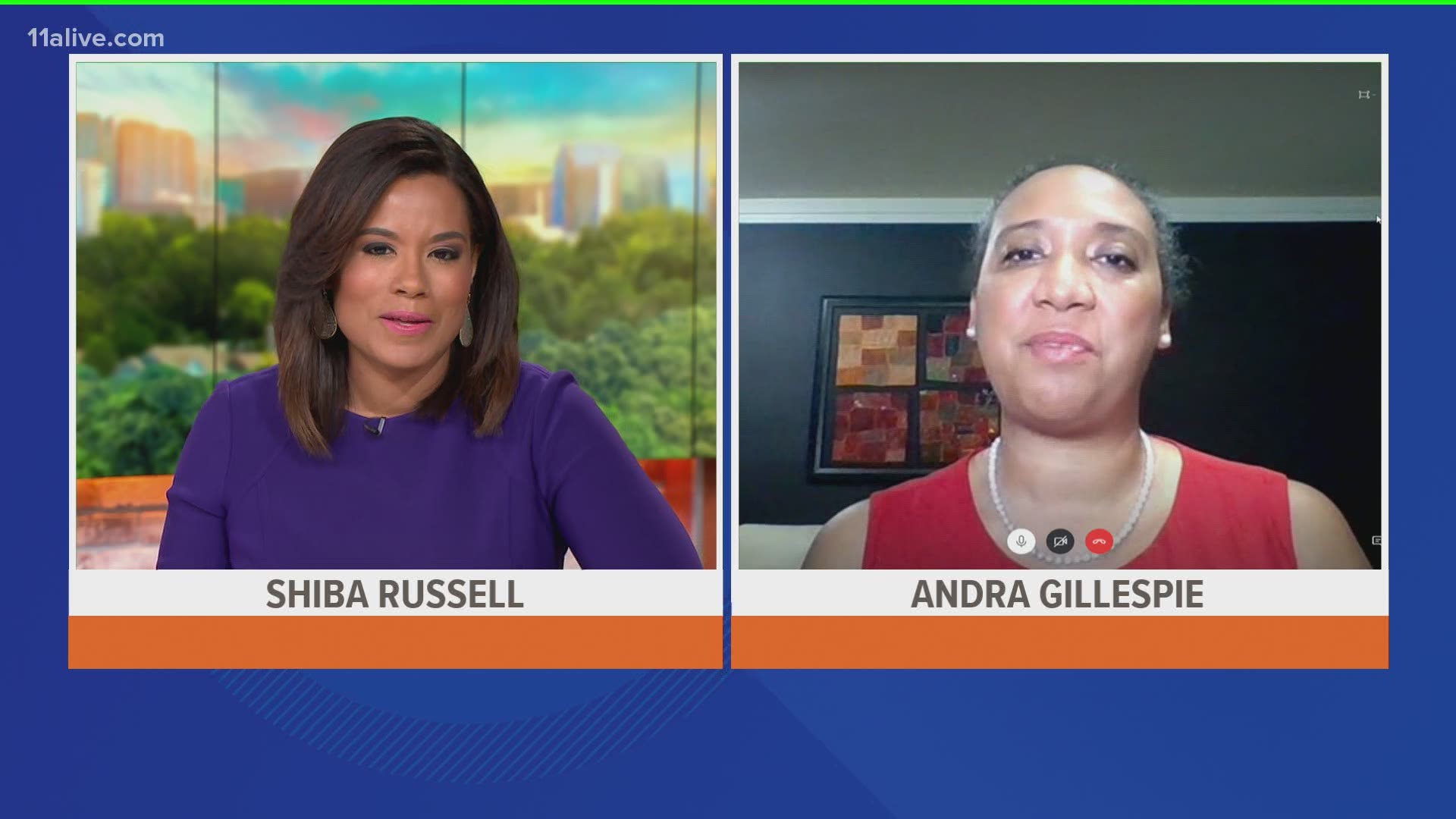 ATLANTA — Georgia is in a unique position in 2020. There are actually two US Senate races being decided in 2020.

Today, June 9, voters will select the nominees for Sen. David Perdue's seat in the November election.

Republican voters need not worry about this -- Perdue is the only candidate on the ballot, as he is running unopposed on the GOP ticket.

However, the Democratic side of the ticket is far more crowded and includes both political veterans and novices who have thrown their hats into the ring.

Each of them has their visions for Georgia and for the United States for the next six years.

Amico lives in Marietta and has been executive chairperson for her family's trucking company, Jack Cooper, one of the largest car-hauling firms in the nation.

While on the 2018 gubernatorial ticket with Abrams, Amico's platform included expanding access to affordable health care, increasing investments in education, tackling income inequality, and expanding economic opportunities for all people in the state.

Her platform for the Senate mirrors those 2018 plans.

Marckeith DeJesus is a New York City native and was raised in Augusta. He attended Savannah State University before moving to Atlanta in 1998.

DeJesus says he is a supporter of gun safety reform, enhanced universal background checks and restrictions on assault weapons.

He says he wants to expand Medicaid in Georgia and will oppose any legislation that would eliminate the Affordable Care Act. He said that he supports Medicare For All and federal funding for Planned Parenthood.

DeJesus also says that the Voting Rights Act of 1965 was a landmark piece of legislation which has many loopholes that allows the Republican Party to bypass certain provisions allowing them to continue to suppress the votes of African Americans, including voter ID laws.

James Knox is an Air Force veteran and former citizen employee of the Department of Defense.

Knox says he plans to champion veterans' health and service issues, quality and affordable healthcare and educational opportunities for all.

This marks his first time on the primary ballot. Knox sought election to the US Senate in 2016, but did not qualify for the Democratic Primary ballot in that election.

Jon Ossoff narrowly lost the 6th Congressional District special election to Republican Karen Handel in 2017. That particular House race, to replace Tom Price, was the most expensive House race in US history, and saw Ossoff raising more than $23 million.

Ossoff says he wants to support policies that will save money for Georgians as well as making tax and regulatory compliance simpler and more efficient for businesses in the state.

He says he wants to protect and strengthen Medicare and offering a public health insurance option as an affordable alternative to private insurance. In addition, Ossoff says he will work to reverse the Trump Administration's rollbacks on clean air, water and fuel economy standards, then to strengthen those standards.

Maya Dillard Smith is a civil rights lawyer and economist who is the former state director of the ACLU.

This is Smith's first election campaign.

Teresa Tomlinson is the former mayor of Columbus. Out of all the Democratic candidates running this cycle,

Tomlinson says she is the only one who has "ever won an election, and I'm the only one who's ever served in elected office," according to a campaign ad currently running on television.

She points out on her website that by serving multiple terms as mayor, she has had to navigate not only the election cycle, but has had to do the necessary work as an incumbent to get re-elected, providing support to her constituents.

She says she wants to work to guarantee voter rights in all 0 states, correct a justice system that results in mass incarceration, support basic bodily autonomy for women and recognize equality for all -- including LGBTQ+ citizens.

Tomlinson says she supports universal healthcare, providing money to address the climate crisis facing us all, and to address how elections are conducted.

► Atlanta Press Club position statements from each of the six Democratic Senate candidates.

The second US Senate seat in Georgia does not come up for election until November.

Kelly Loeffler was named to replace Johnny Isakson when he retired at the end of 2019 until the special election.

Loeffler will face a wide field of candidates in that special all-comers election including US Rep. Doug Collins and Rev. Raphael Warnock.

If no one candidate receives 50 percent plus one vote in today's primary election, the two top vote-getters will proceed to a runoff on August 11.

Lines may seem longer in many precincts, due to social distancing, but it has been emphasized that if you are in line at 7 p.m., you will be permitted to cast your vote.

For Election Day, get updates from 11Alive here. You can also download the FREE 11Alive app now in the iTunes store or on Google Play to follow any breaking news.