Vote in Georgia: Will there be a Republican run-off in Georgia governor's race?

Georgia's Lieutenant Governor is beginning to stand out in the crowded GOP field, but it's not yet known if he'll get the necessary votes to avoid a July run-off. 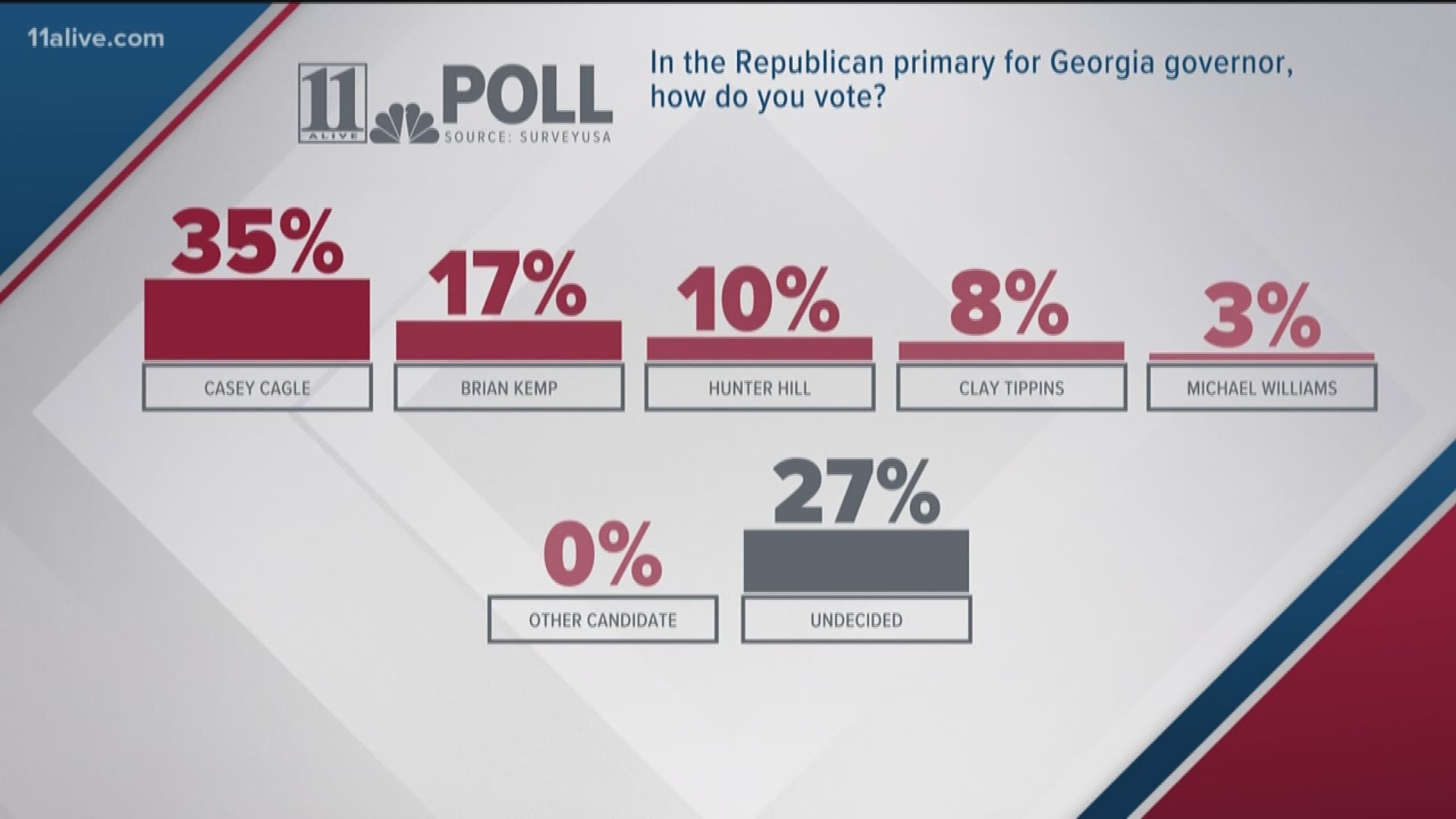 ATLANTA — With one week until the Georgia primary, Lt. Gov. Casey Cagle is emerging as the favorite in the crowded Republican primary, according to an exclusive poll commissioned by 11Alive News and conducted by SurveyUSA. It's unclear, however, if Cagle will get enough votes to avoid a July run-off.

The poll, which was conducted on May 10 and released on Tuesday, shows Cagle with 35% of the votes in the Republican primary. That's more than double the second-place GOP candidate, Secretary of State Brian Kemp. (Full results below)

In the Democratic Primary, former State House Minority Leader Stacey Abrams had 43% of the vote, while Stacey Evans had 24%. Some 33% of Democratic voters said they were undecided.

However, Evans fared slightly better than Abrams against Cagle in the hypothetical match-up, according the poll, with 41% of likely voters saying they'd cast their vote for Evans (13% undecided).

Most of those polled (52%) said that Abrams' admitted $200,000 personal debt "makes no difference" in their vote. Some 35% of those polled said they were less likely to consider voting for her because of the debt.

1. In the Republican primary for Georgia governor, how do you vote?

2. In the Democratic primary for Georgia governor, how do you vote?

3. If the November election for Georgia governor were today, and the only two candidates on the ballot were Republican Casey Cagle and Democrat Stacey Abrams, who would you vote for?

4. Now, what if the only two candidates on the ballot were Republican Casey Cagle and Democrat Stacey Evans, who would you vote for?

DIG DEEPER | Complete results of this poll, including breakdowns by gender and age