A 2018 federal lawsuit against Kemp, then in his role as secretary of state, challanged his removal of 700,000 voters from the state's voter rolls. 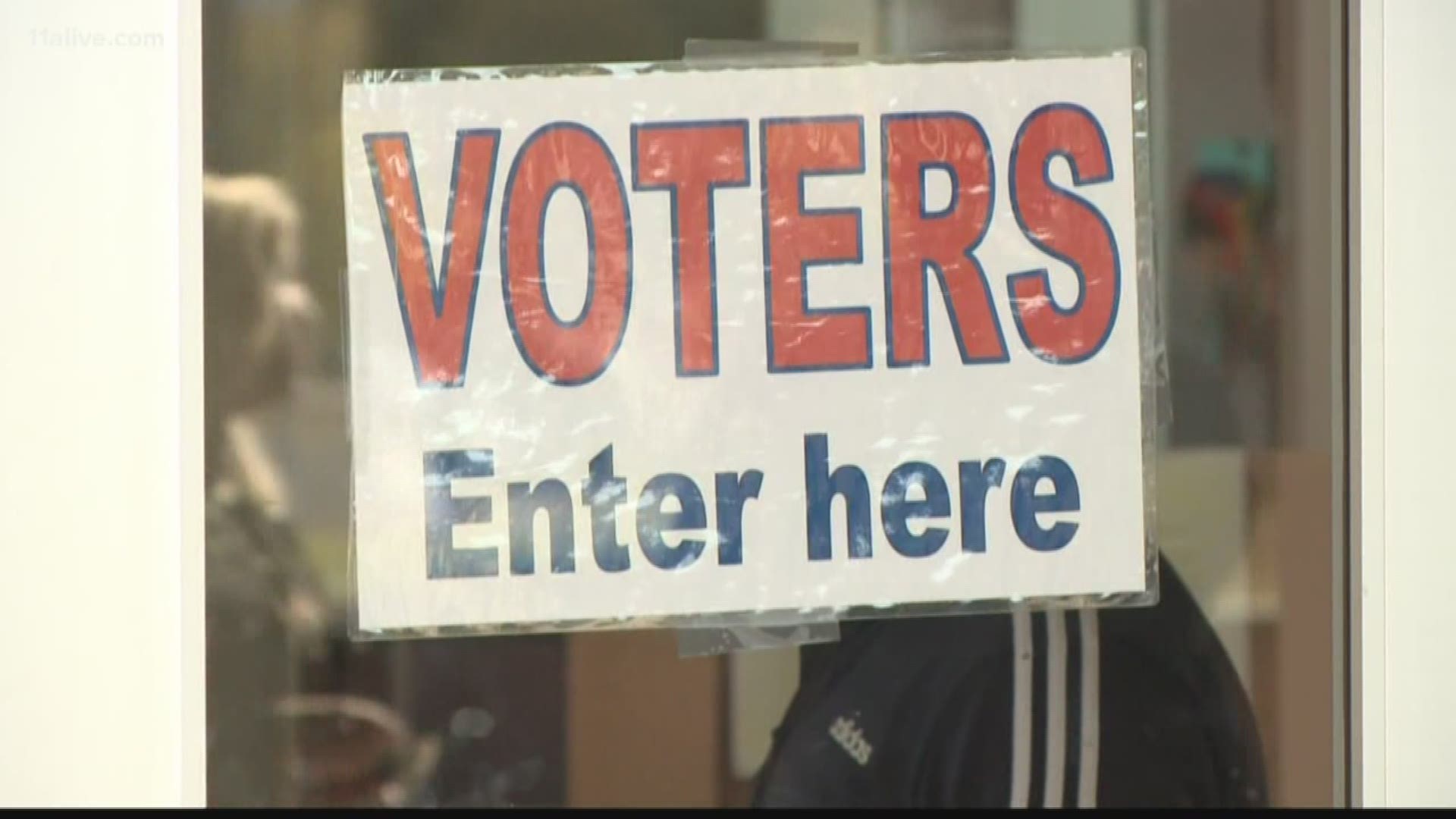 ATLANTA — A federal judge, this week, ruled against Gov. Brian Kemp in a lawsuit filed against him in 2018, while he was still Secretary of State.

The federal lawsuit was initiated by freelance journalist Greg Palast along with Helen Butler, executive director of Georgia Coalition for the People's Agenda.

According to the suit, Kemp, in his role as secretary of state, was accused of using a racially-biased methodology for removing as many as 700,000 legitimate voters from the state's voter rolls during a period between 2016 and 2018.

The suit claimed that the secretary of state's office had not sent notice of the removal to the individual voters involved.

The lawsuit said that Palast had uncovered a so-called "purge list" during his research from what is called the "Crosscheck Program" allegedly supplied to Kemp's office by now-former Kansas secretary of state Kris Kobach.

Kobach has been criticized nationally for allegedly working to implement some of the most stringent voter ID laws in the United States.

RELATED: Brian Kemp's office to be sued for purging 700,000 voters from Georgia rolls

In this week's ruling, federal District Judge Eleanor L. Ross said that the defendant, Kemp, "appears to contend that despite the language and express agreement outlined in the MOU (Memorandum of Understanding), Georgia's SOS did not utilize the information generated by such lists to prompt any review of its voter registrants."

Judge Ross went on to say that Kemp argues "that the Crosscheck lists requested by the Plaintiffs have no bearing on the 'implementation of programs and activities' affecting Georgia's voter rolls, and Georgia is under no obligation to maintain them. As such, Defendant maintains that he is entitled to summary judgment as a matter of law because the plain meaning of the language in the NVRA (National Voter Registration Act of 1993) does not encompass the Crosscheck lists (because the Georgia SOS never fully utilized them)."

"The Court disagrees," Ross said in her summary, "finding sufficient evidence in the record that would cast a genuine dispute as to the material facts on this issue."

In her conclusion, the judge said she is considering a summary judgment finding against Kemp and considering full access to the 2016 and 2017 Crosscheck lists to Palast and Butler.

As a result, Judge Ross denied Kemp's motion for summary judgment and directed him to file a brief within 30 days to explain why she should not issue a final decision in favor of Palast and Butler.

Palast and Butler will then have 14 days to respond to Kemp's brief.

Her final decision in the matter will come after she has reviewed each of the briefs submitted.

Stacey Abrams book on voting rights to be published in June