Secretary of State Brian Kemp's office must allow about 3,100 new U.S. citizens in pending voter status to vote, as long as they show proof of citizenship, according to a federal judge's ruling on Friday. 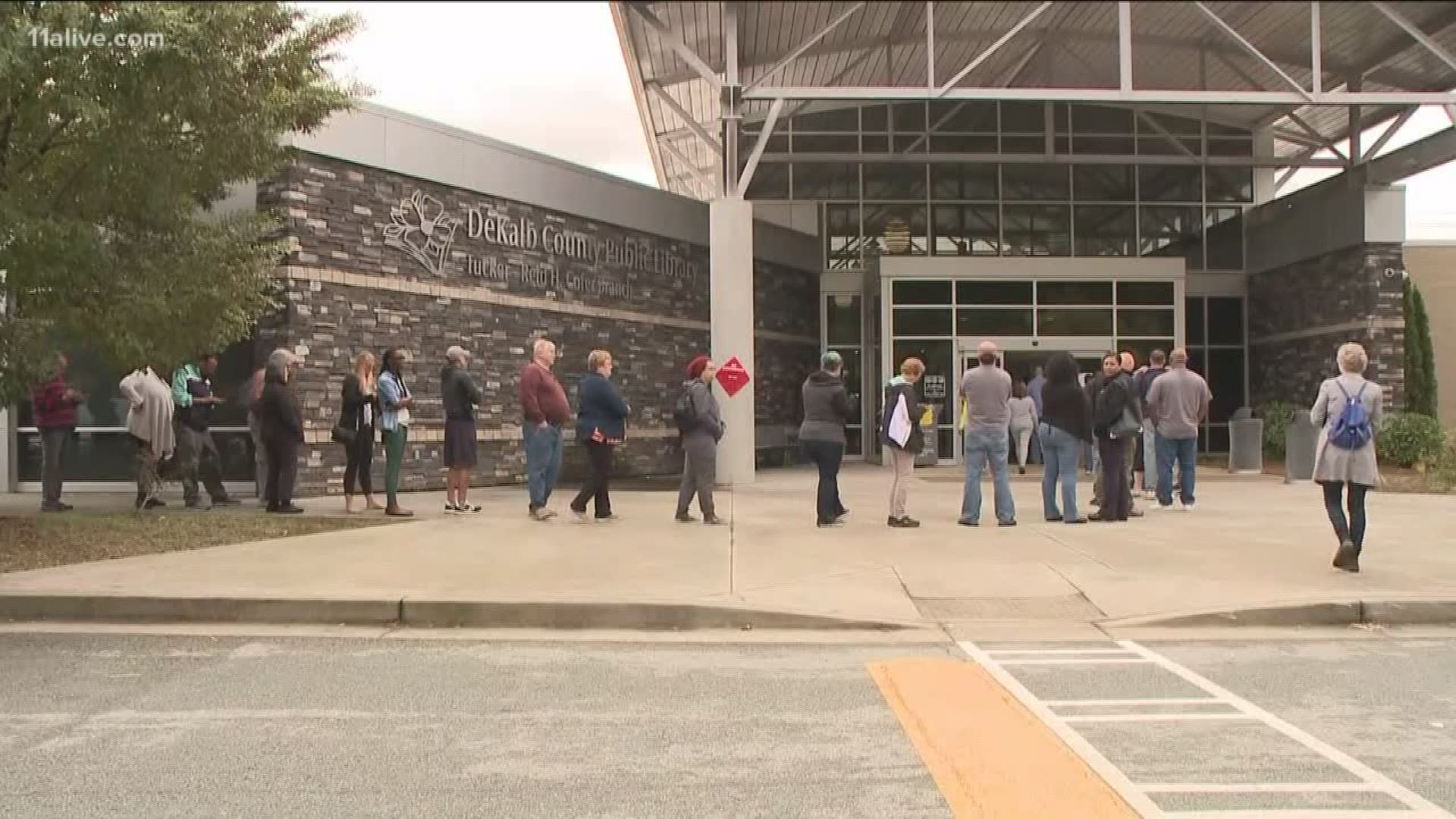 ATLANTA – A federal judge ruled on Friday that people who have recently become U.S. citizens must be allowed to vote if they show proof of citizenship at the polls.

This ruling – four days before the midterm election – involves a lawsuit voting rights groups filed against Georgia Secretary of State Brian Kemp -- who is also the Republican candidate for governor -- involving 51,111 Georgians who are currently in pending status in Kemp's office due to the state’s exact match laws.

U.S. District Judge Eleanor Ross stated that the process in place for new U.S. citizens was not effective, because some people have been turned away from the polls due to alleged errors with their voter registration information.

More than 3,000 people are affected, according to the court. These are potential voters who were not able to verify their citizenship based on state driver’s license records.

"They’re talking about all this suppression and all this ridiculous stuff," Kemp said Monday. "We have more people on the rolls than we’ve ever had, seven and a half million people. One million more than when I took office. Minority participation is up."

In her ruling, Ross shared the story of Yotam Oren, who legally obtained a Georgia driver’s license in 2010 and renewed his license as a non-citizen, legal permanent resident several times.

When he attempted to vote in the Nov. 2018 election, he checked the Secretary of State’s website, which stated he could vote if he brought proof of citizenship.

When Oren went to his designated polling location in Fulton County, he showed the poll worker his valid U.S. Passport. That worker directed Oren to another election official, who told him he would need to make another call to change his status from “pending” to “active.”

While Oren waited, the official was unable to verify his registration and told him to come back another time to vote. No one offered him a provisional ballot, according to the court, and he decided to leave.

The next day, Oren called the registration office but it became muddied again. After going back and forth with voting officials several times, Oren was finally able to vote.

“As shown at least by Mr. Oren’s experience, it was not a nominal effort for him to vote; it was a burdensome process requiring two trips to the polls, his own research, and hunting down a name and telephone number to give to election officials so that his citizenship status could be verified,” Ross stated in her ruling. “This is beyond the merely inconvenient.”

INSTRUCTIONS ON HOW TO VOTE AS A NEW U.S. CITIZEN IN GEORGIA

Ross’ injunction states that anyone who has voter registration put on hold because of citizenship status can vote if they show proof of citizenship to poll officials.

According to the injunction, the voter can provide a document to a county registrar showing they are a U.S. citizen by personal delivery, mail, or email.

At the polling location, they can provide proof of identity and acceptable proof of citizenship to a poll manager or deputy registrar, and, after verification, cast a regular ballot.

The Secretary of State’s Office has also been ordered to update the “Information for Pending Voters” page on its website, to provide clear instruction to voters in pending status due to questions of citizenship.

All county registers, deputy registers and poll managers must also be instructed on how to verify proof of citizenship to ensure they can properly confirm citizenship status.

“The Court takes no opinion as to whether this process for voting is sufficient, as this issue is not before the Court at this time,” Ross stated in her ruling. “To be clear, the Court is merely reiterating the process as set forth by Defendant Kemp in an effort to help clarify how voting may occur.

There are over 51,000 pending voters in the state of Georgia who are in limbo due to the state’s exact match law that flags people until their citizenship, names, addresses, birth dates and Social Security numbers are matched and verified.