The latest correction was found in Douglas County. 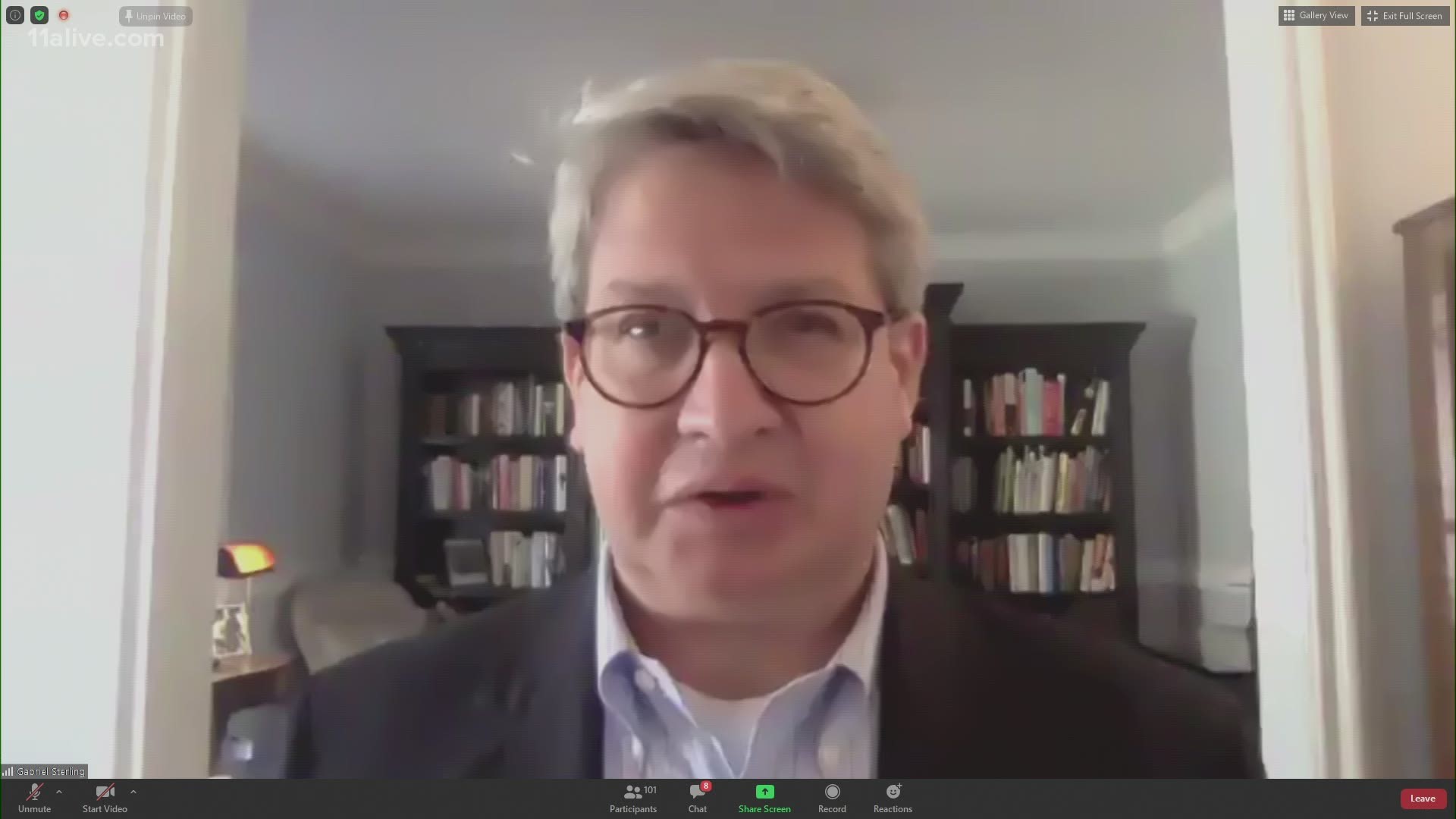 ATLANTA — Elections officials and workers are undertaking an extraordinary effort around Georgia to try and count all of the state's nearly 5 million votes in the presidential election by hand.

Out of five million, you hope it broadly confirms you did the count correctly (which so far appears to the be case in Georgia), but you're also almost surely going to get a couple things wrong (which is why you have the audit).

We know a couple things did go wrong in at least four counties that affected their vote totals beyond just a handful here or there: Floyd, Fayette, Douglas and Walton.

Here's what happened in each, according to the Secretary of State's Office:

What happened: So far, Floyd appears to be the most serious case. In that instance, officials said a box of more than 2,500 ballots simply were never counted.

Gabriel Sterling in the Secretary of State's Office has explained it like this: An early voting precinct in Floyd County had an issue with its scanner on Oct. 24, preventing them from scanning this particular batch that day.

UPDATE: Dr. Melanie Conrad on the Floyd Board of Elections has disputed Sterling's account, telling 11Alive in an email that he is conflating two separate incidents. She said Floyd's uncounted votes were - as with other counties - on memory cards and had not been uploaded. The votes in a box referred to by Sterling, she said, were ballots that had been scanned into the original total but not immediately retrieved to be hand-counted in the audit.

Story continues in original form below

The county's plan at that point was to take the ballots back to their central headquarters in Rome and scan them. They did bring them to the headquarters, but, they never got scanned.

Basically, they forgot about them until they were discovered during the audit.

It's a bad human error - one that, unlike the others, might never have been discovered if someone hadn't noticed it. In the other instances, as you'll see, the ballots were scanned - the issue was with uploading them from memory cards into the county total.

The change: +778 for President Trump.

What happened: Fayette also had a larger batch of votes that were counted, but not uploaded into the county's total.

This is a little different, and goes to a failure, Sterling said, with the county's reconciliation process (that's the process where counties double-check their votes total against how many ballots they have before certifying).

What happened in Fayette County is they certified their results, then went to do the hand count audit, then found out, thanks to counting all the ballots by hand, they had more ballots than were in their original vote total. They had undercounted their actual number of votes.

Where were those votes? They were on a memory card, which hadn't been uploaded into the county total.

Unlike in Floyd, these roughly 2,700 votes had been counted, but the county messed up in reporting them.

The change: +449 for President Trump.

What happened: We learned about this one Nov. 18 and it was basically the same story - they counted their ballots, realized they had more than was in their reported total, and figured out there was a memory card with the missing votes on it.

That memory card, Sterling said, came from the Lutheran 739 precinct. It had about 300 votes on it.

What happened: Again, the county had votes on a memory card after they'd been scanned, and simply hadn't uploaded the votes on that memory card into the state system..

The change: +176 for President Trump.