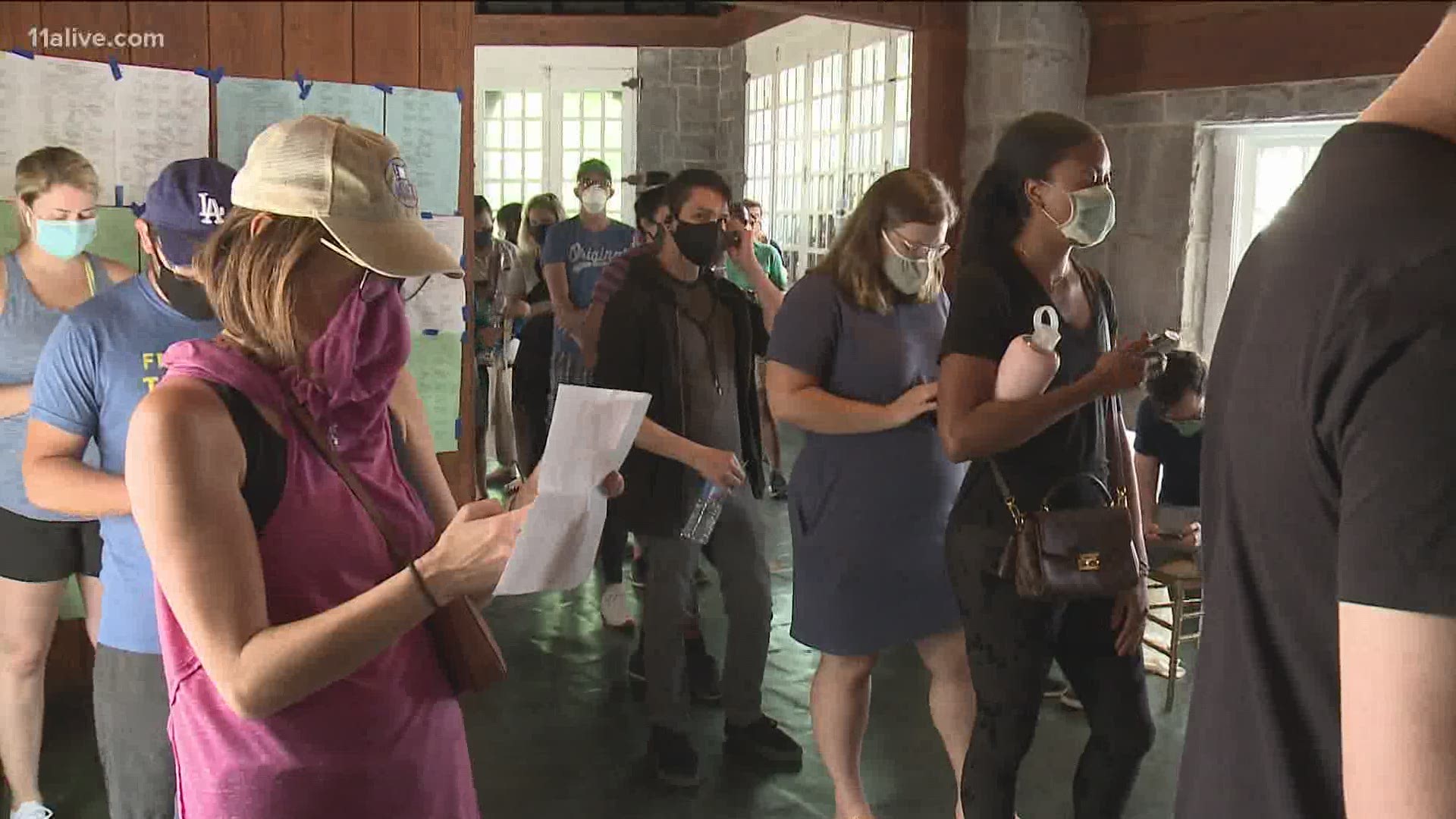 By 6 p.m., Fulton had announced that precincts would stay open late to accommodate long lines that formed outside many precincts at daybreak.

“Fifty three years I’ve been voting. I’ve never seen a line like this in 53 years,” said J.O. Wade outside a southeast Atlanta precinct.

He was seeing a line of 150 people that had snaked out the front door and down the street.  Inside, eight of the state’s new voting machines were running at a pace slowed by pandemic health guidelines.  The wait outside was taking hours.

“I’ve been in line since 6 this morning. It’s almost 9 a.m. And I haven’t moved at all,” said Simone Hannah.

Many of the folks in line had applied weeks ago for absentee ballots but never got them.

“I filled out my absentee ballot.  Have not received it yet.  What’s the problem with that?” Poole said, waving her arms incredulously.

RELATED: Reports of long lines, problems in East Point and beyond

“I submitted for an absentee ballot. I expect to get something in return and not have to come out here and sit for two to three hours,” said voter Cheryl King.

Fulton’s precinct issues were widespread – from southeast Atlanta to midtown’s Park tavern and beyond.  Fulton’s election division all but shut down a few weeks ago with a COVID-19 outbreak – which officials say slowed poll worker training and absentee ballot processing.

“But it’s not an equipment failure. It’s a management issue. Not processing the absentee ballot applications and then not having the equipment in a way that was ready to go. Not having the workers that were ready to go when the polls opened,” said Liz Hausmann, a Fulton Co. commissioner doing contract work for Secretary of State Brad Raffensperger.

“In this community, it’s like suffering to vote. I feel like I had to suffer to be able to vote today,” said Charmaine White, with a wait of about two hours ahead of her.

“The system is a joke.  And we’re not laughing. I know I’m not,” added Poole, who asked -- if it’s like this during the primary in Fulton county, what’s it going to be like in November?