Each county in Georgia has a plan of how they are process ballots on Election Day, here's Fulton County's plan. 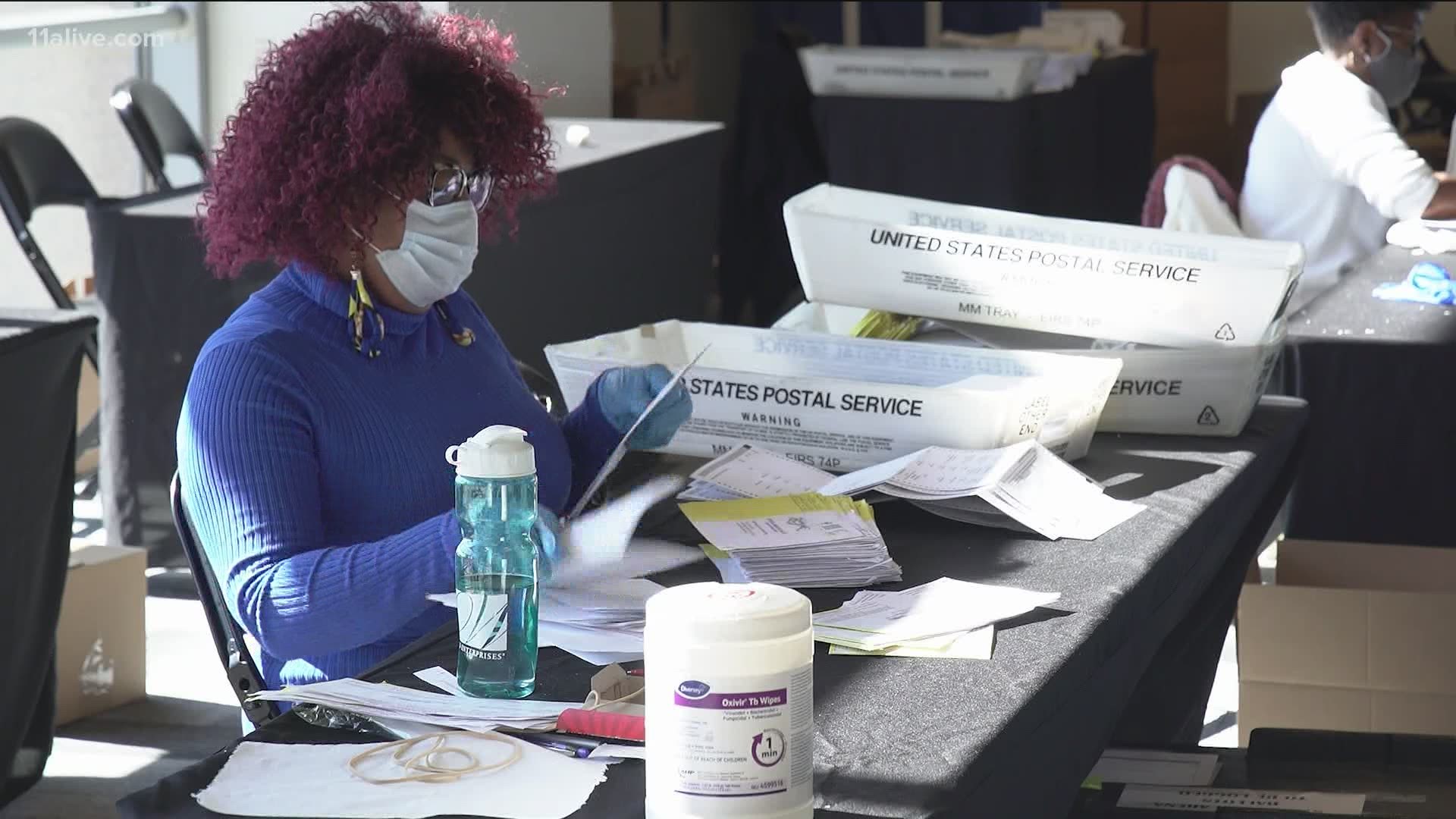 FULTON COUNTY, Ga. — For the past few weeks, absentee ballots have been a large part of the conversation around the election. With records numbers of absentee voters in Georgia, each county was tasked to come up with a detailed plan of how they they would process the ballots.

Fulton County’s Election Director Richard Barron believes most of the absentee mail-in ballots could be counted by as early as Tuesday afternoon in the county.

Barron gave 11Alive details on how the counting process will take place on Election Day.

The ballots are taken to a room on the third floor of the State Farm Arena. It’s where election workers have been processing mail-in ballots for about two weeks.

An election worker then removes another envelop from the inside, which holds the absentee ballot.

Next, the ballot is scanned into a computer and its results are saved onto hard drives not connected to the internet. The hard drives are transported three miles away to the county’s election headquarters on English Street.

Starting at 7 p.m. on Election Day, the ballots on the hard drives are uploaded on computers and included in the county’s official results.

So far in Georgia, 1.2 million people have cast absentee ballots by mail. As of Monday morning, 262,707 outstanding ballots were not yet returned.

Not all Georgia counties process mail-in ballots early. Earlier this year, the state election board passed a rule that allows counties to process absentee ballots 15 days prior to the election, but it’s not required.

If you haven't mailed in your absentee ballot, it's not too late to get your vote counted. But in Georgia you do have to have it in a drop off box by 7 p.m. on Election Day. Look at the list of drop off boxes around metro Atlanta here.