The precinct will allow early voters to use State Farm Arena to cast their ballot for the Primary runoff as well as the General election this fall. 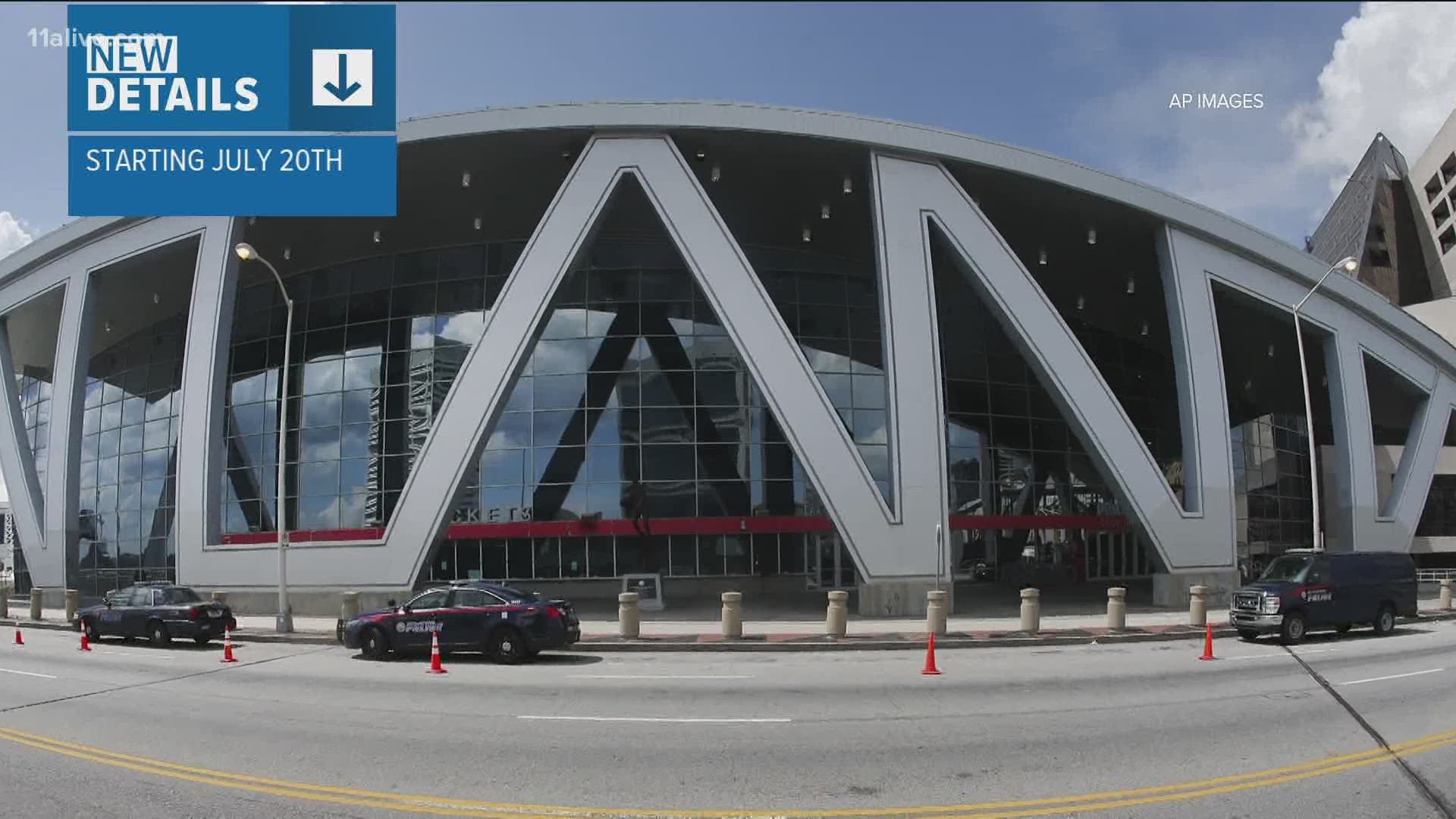 The plan is to use the giant precinct for early voting for both the Primary runoff election beginning July 20 as well as for the General Election.

Officials from the Atlanta Hawks, including team owner Tony Ressler, CEO Steve Koonin, and head coach Lloyd Pierce were part of a news conference where the joint venture was announced Monday afternoon.

The Atlanta Fulton County Recreation Authority owns State Farm Arena and leases it to the Hawks.

In addition to offering the venue to the county, hundreds of Hawks and arena employees will be trained to work as poll workers to support the operation.

“Fulton County is grateful to the entire Atlanta Hawks organization for being an outstanding partner,” said Fulton County Commission Chairman Robb Pitts. “Tony Ressler, Steve Koonin and their organization have once again demonstrated that the Hawks are True to Atlanta.”

"The partnership between Fulton County and the Atlanta Hawks is a great example of how the public sector and the private sector can work together to address the issues we saw on June 9," Raffensperger said. "Looking forward, we are hoping to build more of these partnerships with the private sector and civic groups to support voter access during this unprecedented pandemic."

Ressler said that when his group purchased the team five years ago, they felt a responsibility to be a major civic asset to the community.

"Utilizing State Farm Arena and our incredible staff to make the arena an accessible and vital polling site in an important election year is a fulfillment on that promise,” Ressler said.

The innovative solution is one that Pierce said he plans to take back to the other 29 teams in the NBA as a means for them to participate in a positive fashion in their communities.

"This is an opportunity and a challenge for each of the other teams to move forward in their cities," Pierce said.

The arena will be open as an early voting site beginning July 20 ahead of the August 11 General Primary Election runoff for anyone voter in Fulton County who wishes to vote.

In addition, the State Farm Arena venue will be used for early voting ahead of the General Election, beginning October 12, 2020.

VERIFY: Your mail-in ballot will be sent regardless if it has a stamp or not