The Board of Registration and Elections voted the day prior to terminate Richard Barron. 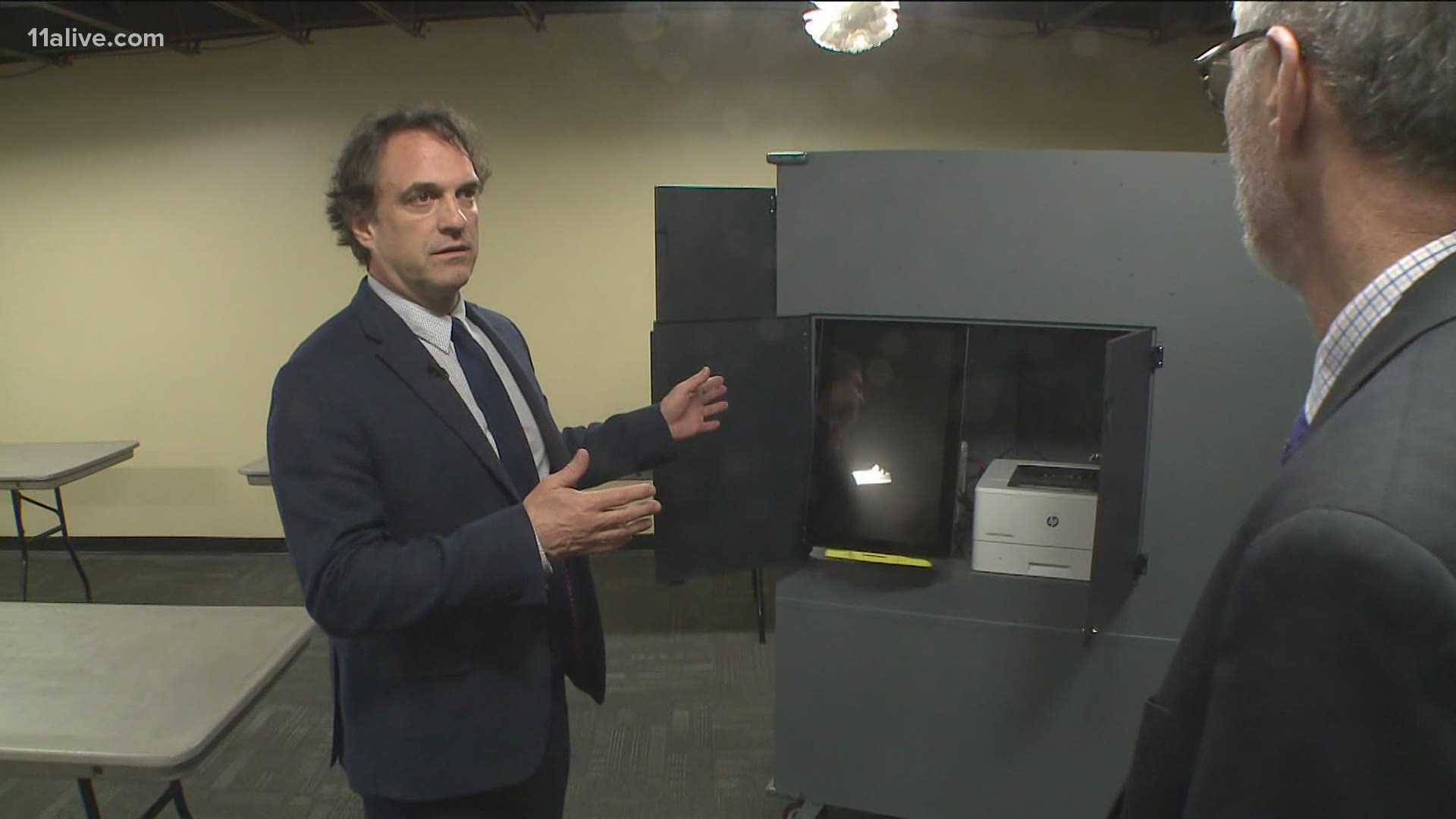 ATLANTA — It appears Fulton County Elections Director Richard Barron may be keeping his job – for now. This comes just one day after the Registration and Elections Board voted to remove him.

On Wednesday, the move failed to get the support it needed from county commissioners.

A lot of the backlash against Barron has focused on a report, addressing how Fulton handled elections over the course of the last year.

Commissioner Khadijah Abdur-Rahman said the Board of Commissioners decided to keep Barron in place after they refused to affirm a recommendation to terminate him immediately.

“Barron has received wide praise from Republicans and Democrats, for putting in place the most extensive expansion of voting- and voter-access in Georgia history during the November Presidential and January U.S. Senate Runoff elections,” Abdur-Rahman said in a statement to 11Alive.

Both of those motions failed by a vote of 3-3.

"They've stated publicly various reasons why they think change is necessary," said Ellis, referring to the Board of Registration and Elections. "Things have emanated out of a consent decree that the county is under, the monitoring report that's come back from the monitors about the performance, things they've observed, they talk about health and safety issues, chain of control, custody issues."

"Republicans from the state and county level are mad at him because he was not going to do voter suppression and he's not going to allow the Republican party to take over elections," Abdur-Rahman said.

But Ellis said this move isn't political. He believed bottom line: the Registration and Elections Board should have the one and only say.

"I don't think that power rests with the Board of Commissioners," Ellis said. "There's these separation of duties for a reason."

Vice chair Natalie Hall is the one commissioner who sat out, ultimately causing the vote to be deadlocked.

11Alive reached out to Natalie Hall but has not heard back. Commissioner Ellis mentioned that she said she didn't have enough information to make a decision just yet.

"Give me evidence that Richard Barron should be fired," Abdur-Rahman said. "Nobody could give me evidence. If it was a fraudulent election, then why was it certified?"

After months of observing Fulton County elections, nonpartisan monitor Carter Jones wrote up a report presented to the State Elections Board on Wednesday.

“Firing Rick Barron is not a shortcut to fixing the mismanagement inside Fulton’s elections department,” Jones said.

11Alive is working to get answers about if the move to dismiss him could be pushed through other ways. We also reached out to Barron for comment, but he declined an interview.

This matter is expected to come before the Board of Commissioners at their next meeting on March 3, but in the meantime, there is no change in the current status of Barron's job.