Fulton County has been putting even more effort into intense training after the previous election to remedy some of the issues that came along with it. 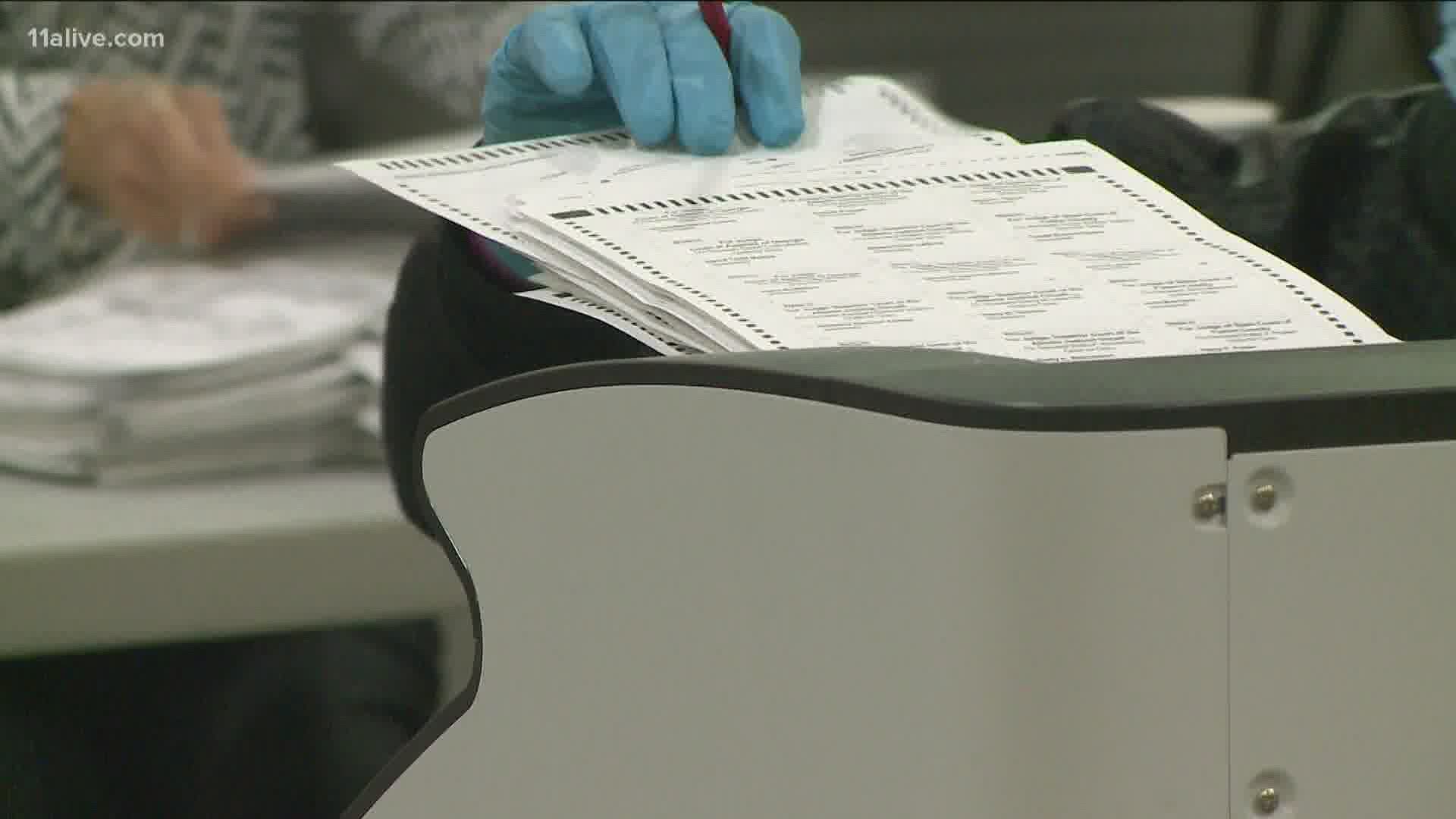 FULTON COUNTY, Ga. — Fulton County elections officials have been hard at work adjusting the voting process after a chaotic June primary. So, 11Alive is looking into what's new ahead of the Aug. 11 runoff and how poll workers are being trained this time around.

At the Fulton County Elections Preparation Center, they're focused on improving the process - everything from poll worker training to staffing and absentee ballots.

Two to four hours: that's how long it takes to become a certified Fulton county elections poll worker. Officials said the in-person training is both crucial and safe.

“We've got PPE for training, we're limiting the number of people that go to class,” Fulton County elections chief Richard Barron said. “Everyone's required to wear a mask. We take temperatures before people go in.”

It covers opening and closing procedures for each precinct, a thorough understanding of the new voting machines, and everything in between.

“Customer service-oriented they need to be tech-savvy they, need to be able to manage people, Barron said. “This new system has many more components to it than the previous system, so if somebody isn't savvy enough to recover from any sort of equipment issue, it makes it harder for the polling place to operate smoothly.”

On June 11, Fulton County experienced high voter turnout and too many voters assigned to a single precinct. There were also equipment issues and staffing challenges due to COVID. Now, each polling location will be staffed with one additional clerk and technician.

Elections officials are planning to launch a call center to handle absentee ballot requests and, this time around, the county is also equipped with more polling locations.

“We've added locations for the runoff. We're up to 174 and we are doing some things to get that number up to 220 for the presidential election,” Barron said.

Elections officials said voters will be notified of their polling place two weeks prior to election day. Some other new initiatives Fulton County is rolling out include the use of State Farm Arena as a mega-site. It was open until 6 p.m. Saturday for early voting for the primary runoff.

Voters get free parking and the Hawks staff will help work the site. There will also be at least one mobile precinct - possibly two - for the presidential election.

The buses will have 10 to 12 voting stations and two check-in stations. They will be used for both early voting and election day. And, for election day, the Fulton County election director said they'll schedule the buses to go to sites with a lot of voters assigned to the precinct.

Another issue many of you emailed about after the last election involves how visible the voting machine screens were to others. So, we have been told longer partitions have been ordered and will hopefully be in place for the special election in September.