Voters came by the thousands for early voting - especially on Friday. But the state has questions about how it handled this election. 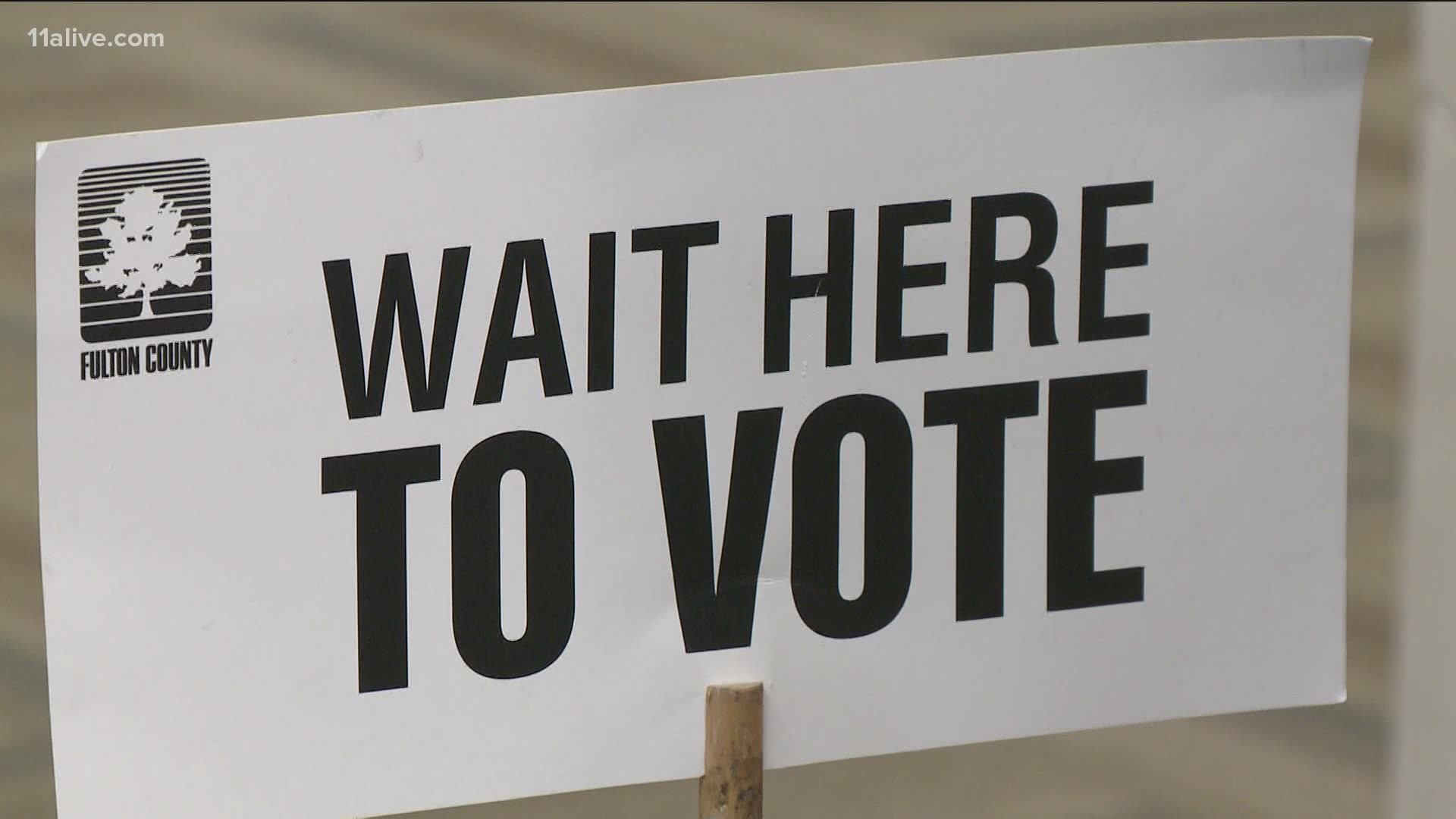 ATLANTA — Fulton County touted its massive early voting count on the Sunday before a major election day - but it's now facing questions from voters who claim they weren't able to cast their ballot.

Since early voting began in the county, it has had 30,458 voters cast their ballot. Among them were 6,000 voters who stood in the sun and rain for hours on Friday to do so.

But for those who planned to vote using absentee, there are questions. And one of the most "troubling" according to the Fulton County Registration and Elections office is: "Where is my ballot?"

The statement released Sunday spoke directly to reports that there are a number of voters that claim to have applied for an absentee ballot but didn't receive them.

"That is an issue that will take time to determine but we promise you that we will review the steps involved and any mistakes made to give you an answer that will serve us all better in the next election," the note said.

But that may not be enough according to the state elections board, which confirmed to 11Alive the same night that it is investigating how the county handled the election.

"Fulton County has made unfortunate decisions that the state did not agree with," Georgia's elections director, Chris Harvey, said. "For example, they decided to process email applications last."

Harvey added that the state has worked with every county to make sure that multiple options are maintained "including three weeks of early and in-person voting, absentee ballots, and in person voting the day of the election."

Fulton County made no specific mention of the investigation in its Sunday letter but did point to "an unprecedented number of challenges" that included date changes, location changes, the availability of poll workers, COVID-19 restrictions and infections with the virus in the Department of Registration and Elections.

"We have received many questions from voters and are carefully reviewing them to make improvements both for Tuesday's election and for upcoming elections," the statement said.

This includes the general election in November.

In the meantime, though, the county office is still moving forward and warning the public that they can expect longer lines - in part due to social distancing requirements.

"We are adding additional line staff and technicians who can assist voters and we are adding tents and chairs to locations where lines may be expected.

Polls will be open on Tuesday from 7 a.m. to 7 p.m. The county office strongly urged the public to view their Georgia My Voter Page due to the fact that election day polling locations have changed for thousands of voters.

Those needing more information about the Tuesday election including the location of absentee ballot drop boxes and polling places can find more details at the county's June 9 election page.