Rick Barron, Fulton County Elections Director, said the goal is to get 80% of voters to either do absentee or early voting to make sure election day goes smooth. 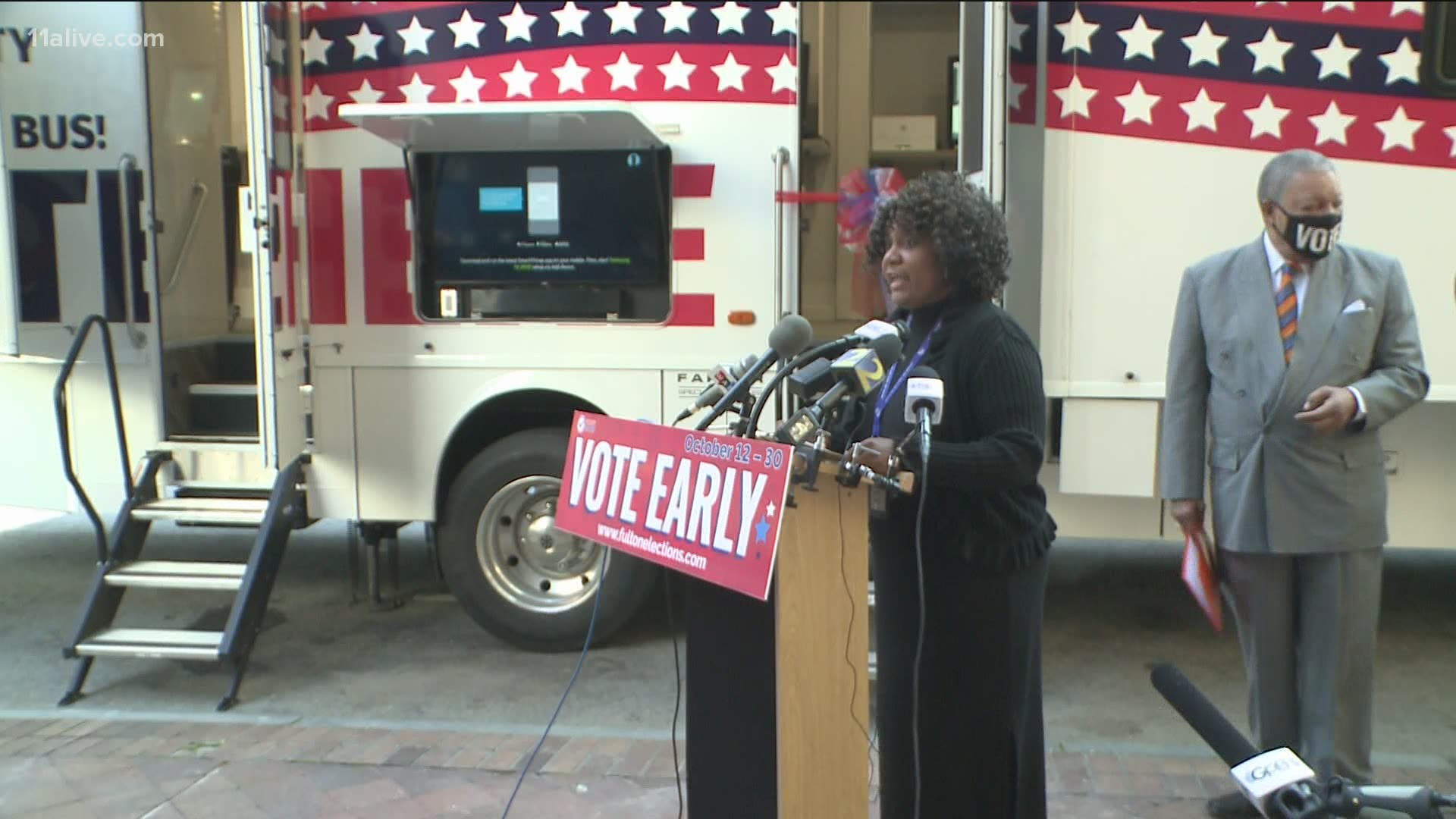 County leaders said this is an effort to make sure voters here have the needed resources by Election Day, November 3.

“Fulton County was singled out because we are the largest county in the state of Georgia, but we took that as a challenge,” Pitts stated.

As a part of that initiative, the county said it now has more poll workers, more polling locations, and more drop boxes for voters.

Thursday, the county also unveiled its mobile voting unit, which will make stops across the county.

“You’ll go in and there will be three check-in stations inside.  Once you see it, the voting machines are in the back,” Rick Barron, Fulton County Elections Director, explained.

“We got a lift for wheelchairs on the back as well,” said Barron.

Barron stated that the mobile voting unit will operate like any other site.  He said that there will also be 91 new polling locations in the county.

The county also officially launched its new voter app.  Pitts explained that the information campaign will help voters get a sense of what to do, where to go, and what to expect.

Barron said the goal is to get 80% of voters to either use absentee ballots or early voting to make sure Election Day runs smoothly.