'Put up or shut up': Fulton County chairman to critics amid Georgia recount

The county chairman responded to backlash from the Secretary of State's office and representatives from President Donald Trump's office. 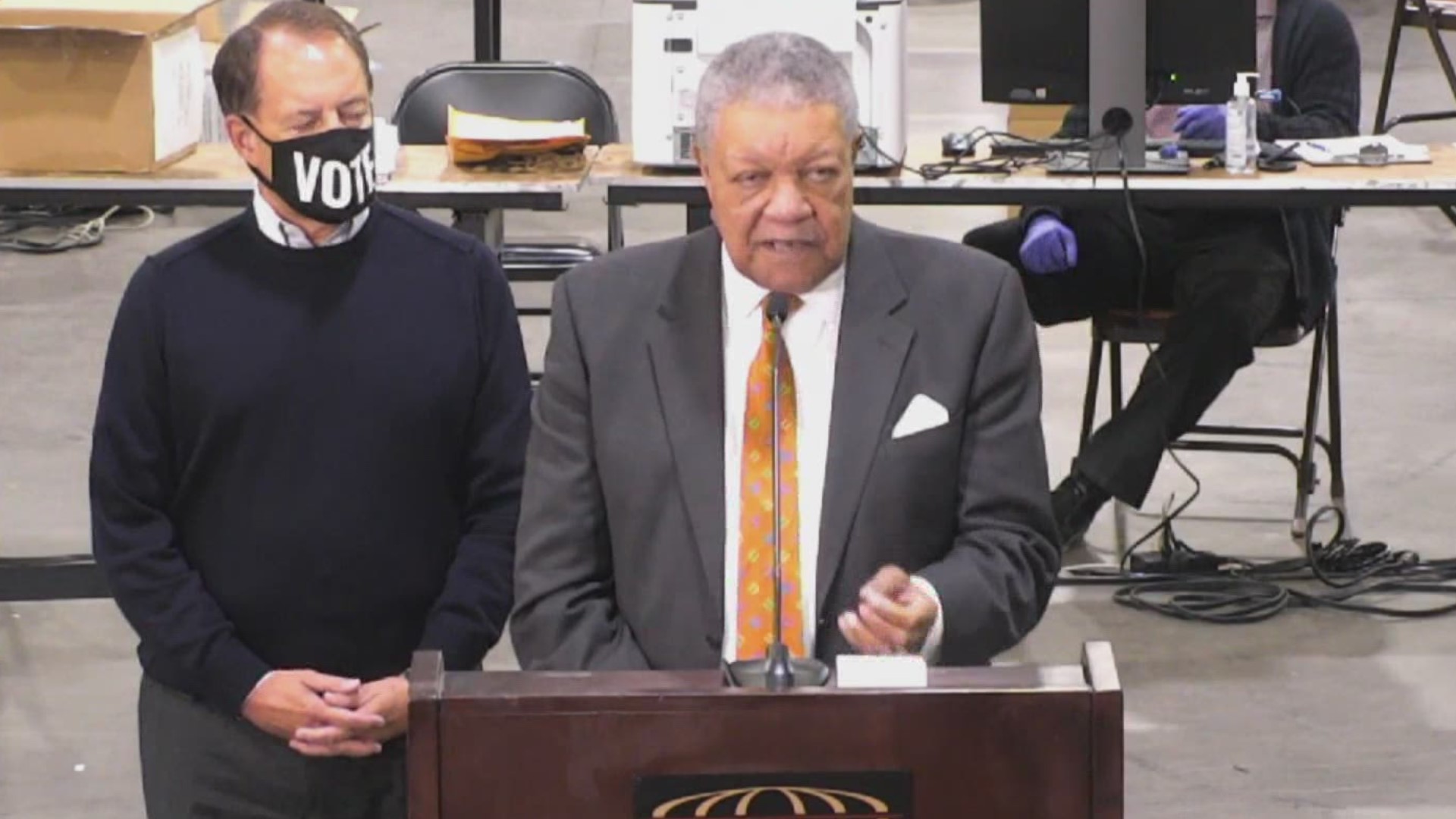 FULTON COUNTY, Ga. — For Fulton County Chairman Robb Pitts, he's tired of having a target on the county's back. He said the Georgia Secretary of State's office and representatives of the President of the United States continue to talk about non-existent issues in the elections office.

Secretary of State Brad Raffensperger said earlier on Tuesday that Fulton County is constantly causing issues with elections and that it has been ongoing for more than 20 years.

He said he isn't sure why they are taking their time with the recount -- and that he was angry the Fulton County elections staff could not follow directions -- causing a server to crash.

He said he challenges anyone from the president's office or the secretary of state's office to come forward with any proof that they have that would contradict that.

(Story continues below replay of Secretary of State press conference)

"Either put up or shut up," he said. "Our elections in Fulton County are fair. We hold elections sacred."

Pitts added that they doubled the amount of money from $17 million to an excess of around $35 million that they will have spent on elections this year "to get them right."

"I'm really sick and tired of folk who do not know what they are talking about, continuing to criticize Fulton County."

He said in the recent election, the same people who are criticizing them gave the county an A-plus score.

Pitts said that instead of criticizing them, they should be focusing on the manufacturer of the equipment, Dominion, when a server crashed.

However, Raffensperger's office said that the crash was due to a staff member simply not following instructions and "cutting corners."

Raffensperger questioned the timing of the county and said that they were not working efficiently.

Pitts responded and said that he is confident they will be finished by the deadline set by the Secretary's office, which is Wednesday at midnight.

Watch a replay of the Pitts press conference: