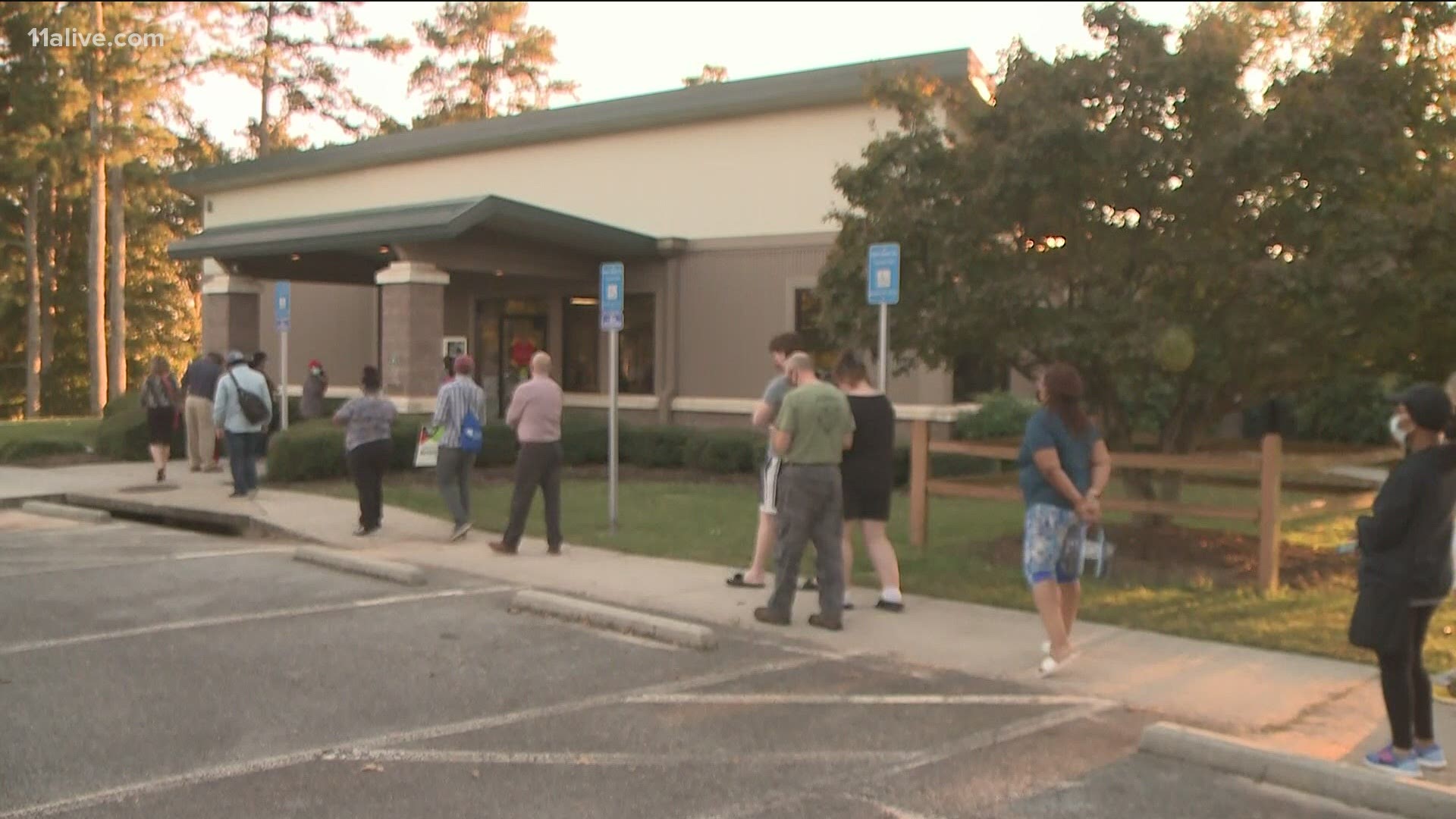 From long lines to a COVID-19 outbreak among election workers to problems with voting machines, the county has been tested. The ultimate test will come Tuesday, when around 150,000 voters are expected to cast their ballots, according to Richard Barron, Fulton County director of elections.

"It taught us how difficult it is to run an election in a pandemic, but I think it also made us more prepared for what lies ahead," Barron said.

Fulton County Commission Chair Robb Pitts said the county had shored up weak spots that made national headlines during the June primary. The elections board has since added 91 polling locations to cut down on lines and wait times, but that means locations have changed for about one-third of Fulton County voters.

The county said it also fixed bugs in the check-in software that caused slowdowns during early voting. Barron said he did not suspect any cybersecurity concerns.

"In spite of the challenges we faced and others faced back in June, we're totally prepared for what awaits us tomorrow," Pitts said.

Barron said the elections office also had to overcome 25 election workers testing positive for COVID-19. Barron told media during a conference call that some family members were infected. The elections director said two election workers remain in the ICU, while several others returned to work last week. He said a Fulton County election worker last tested positive on October 23.

Barron said the county had learned from the June primary how to better allocate machines and other resources to precincts that did not have a large early voter turnout.

Credit: Fulton County Board of Elections

Barron said precincts that had a greater number of potential voters on Election Day would get access to more resources. Equipment was still being delivered well into Monday afternoon, Barron said.

Barron expected close to 80% turnout by the time polls close Tuesday. He said about 103,000 absentee ballots had been scanned or had gone through the signature verification process. Barron said the ability to process absentee ballots would make it easier for poll workers to tabulate those votes once the polls close at 7 p.m. on Election Day.

Anyone still voting absentee in Fulton County can submit their ballot at one of the drop-boxes by 7 p.m. Tuesday. Voters planning to show up in-person can expect lines and a county-staffed officer to make sure voting sites are secure.