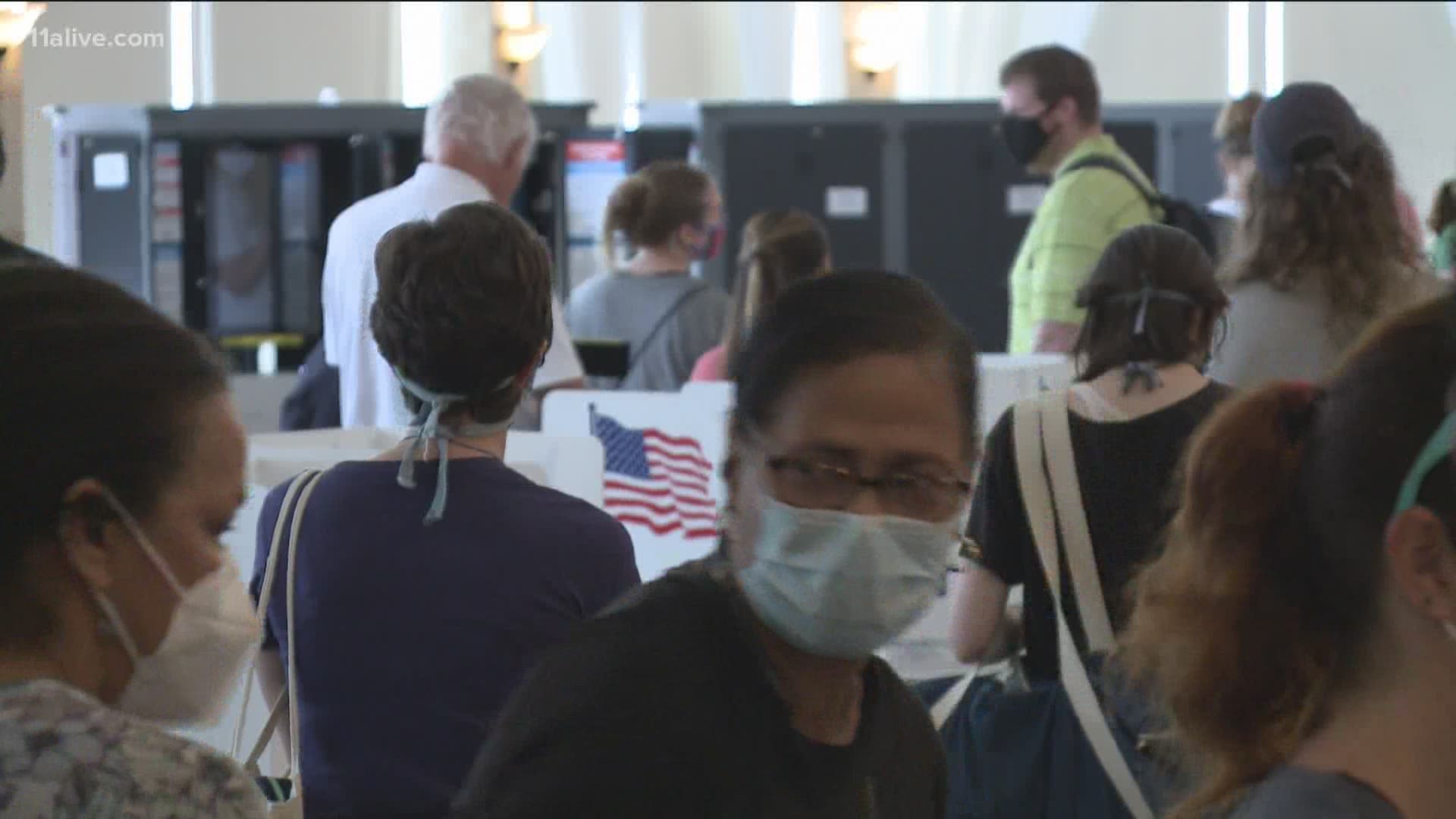 "When you have offices that are closed, you're managing people teleworking from home across the county, we ran into a lot of challenges this time," Barron said.

Barron says 44 of the 45 polling location changes were due to the virus, and they had to notify all the households.

Another challenge, also due to COVID-19 was that many older poll workers with experience opted out, so new poll workers signed up, on brand new machines.

"So you don't get your hands on the equipment, so many poll workers were confused," Barron said.

Secretary of State Brad Raffensperger's office says absentee ballot numbers were high across the state -- more than 1.5 million were requested as opposed to 37,000 for the general election in 2016. Fulton County's numbers followed suit.

"Four and a half times a normal presidential election, it stretched us thin," said Barron.

RELATED: How to check whether your provisional ballot vote counted

Raffensperger's office says most counties across the state did just fine -- and of the problems counties as a whole had, most were technical, and easily fixed by 9:30 a.m.

So they said the responsibility for Fulton's problems throughout the day fall on them.

"He can say whatever he wants, I disagree with him. I think he's the head election official in the state and he can't wash his hands of all the responsibility," said Barron.

Moving forward, Raffensperger's office hopes that by the runoff election in August - more polling places will be open. His office also hopes the new poll workers will now have experience and be better equipped to use the machines. But again, they say that is up to each county.

Barron says they learned a lot yesterday. They hope all the early voting sites can open before the next election. And are ready to finish this one.

RELATED: Georgia's Democratic Senate race is too close to call

By Wednesday afternoon, Fulton County had tallied more than 75,000 absentee votes. They hope to have the absentee ballots counted by Wednesday night.