All counties are required to complete the recount by Dec. 2. 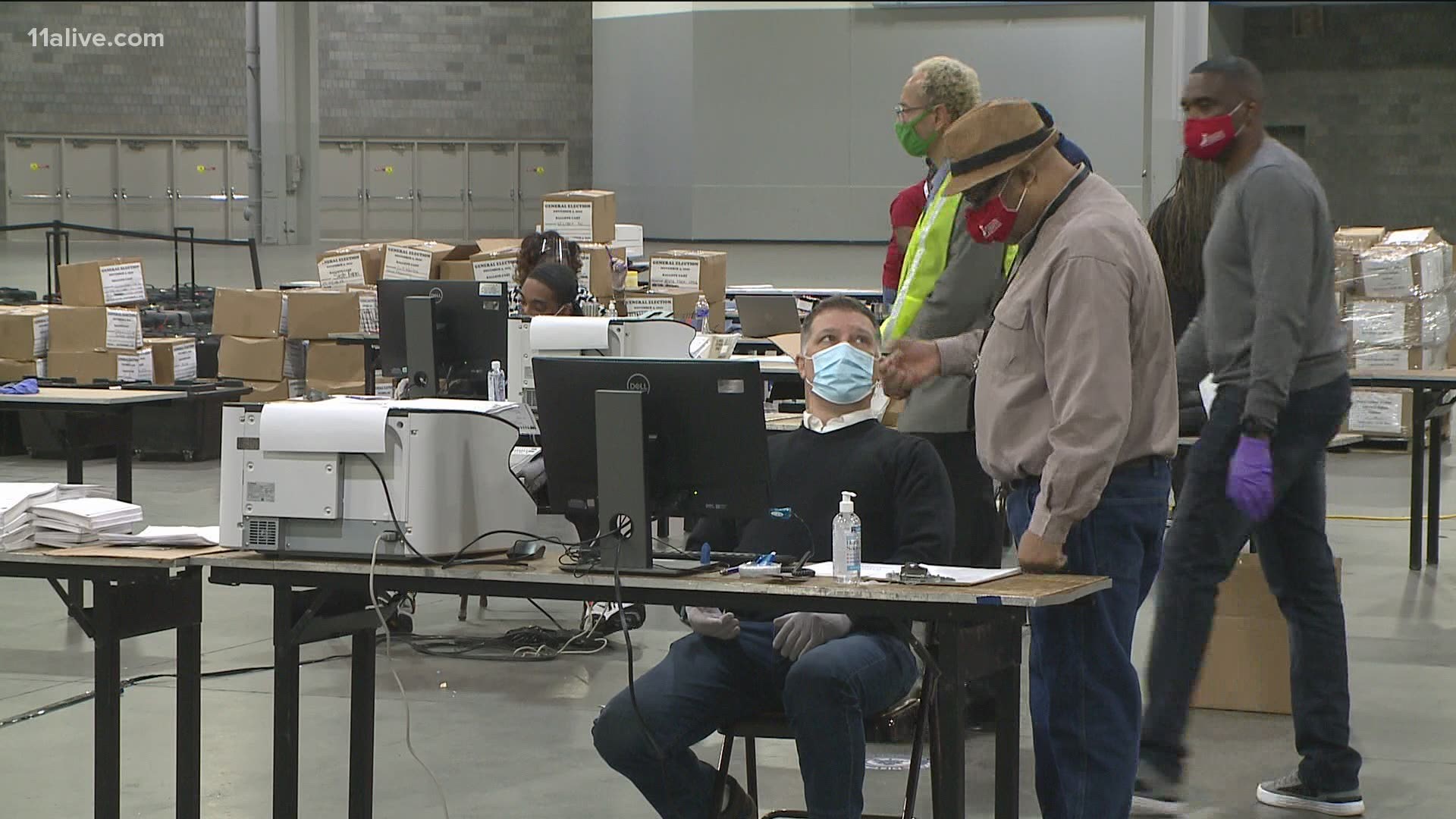 ATLANTA — The push to complete a recount requested by President Donald Trump's re-election campaign has hit a snag in Georgia's most populous county as the statewide deadline looms.

Fulton County elections officials confirmed to 11Alive on Sunday that a newly-purchased Dominion Voting Systems mobile server had crashed earlier in the day.

"Technicians from Dominion have been dispatched to resolve the issue," Fulton County officials said in a statement. "The Georgia Secretary of State’s office has also been alerted to the issue and is aware of efforts to resolve the problem."

UPDATE: State election officials explain what happen to the server during a Monday press conference (here):

The county plans to resume its counting process on Monday morning. So far, Fulton suggests its teams have already concluded the counting of absentee, early in-person, and provisional ballots - 88 percent of ballots cast.

Based on existing numbers statewide, which aren't expected to see a significant change, President-elect Joe Biden leads Trump by roughly 13,000 votes in the state - the first Democrat to take Georgia since Bill Clinton decades earlier.

The candidate-requested recount follows the election day tallies and a pre-certification hand audit of ballots. However, the Trump campaign insisted this particular recount also include signature matching - something not allowed under existing Georgia law.

All 159 Georgia counties are required to complete the recount by Dec. 2.