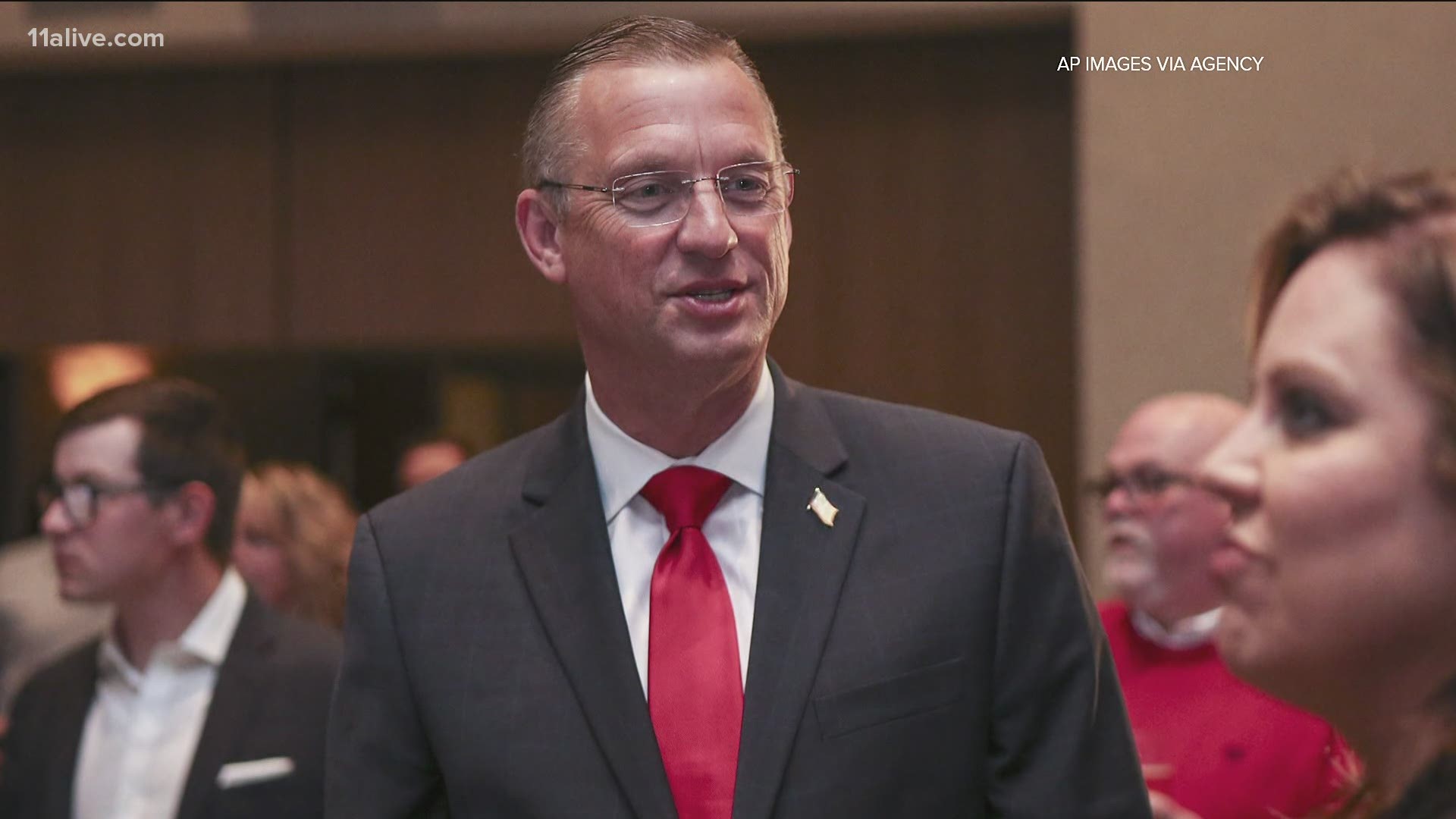 ATLANTA — More than one week after Election Day in Georgia, election workers in certain counties were still tallying the results.

Now, counties across the state have until Friday, Nov. 13 to certify election results. Then, the Secretary of State's Office must certify the state's results by Friday, Nov. 20.

But well before certification, several lawmakers have already called for a recount in Georgia. Rep. Doug Collins (R-GA) is leading efforts for the Trump campaign, requesting a recount by hand, a comparison of absentee, in-person and provisional ballots, and a check on possible illegal votes cast by felons or ineligible voters.

Secretary of State Brad Raffensperger said a hand recount is doable, but estimated it could take up to two weeks to complete.

Georgia law only provides for recounts by hand if a certain number of machines are unavailable or a court order is granted. In Georgia, a candidate can request a recount if the margin of the race is within .5 percent.

The first system-wide check will start on Wednesday when Georgia undergoes an audit on its election results. The audit will check for potential voting irregularities by matching electronic totals from a county to randomly sampled paper ballots.

Georgia law states that a public contest is held to see which ballots and races are part of the audit. Criteria include geography, how many ballots were cast in a specific race, margin, cause for concern of accuracy, and the ability for a county to perform the audit before the state certifies election results.

The Secretary of State then oversees the random selection of ballots, and counties will then be notified of how the audit applies to them.

According to Georgia law, the risk-limiting audit cannot have a "risk limit" of greater than 10 percent. In other words, 90 percent of the ballots must match to pass the audit.

According to the law, an election superintendent will create audit teams, which sign an oath to perform accurately and securely. The law states chain of custody of each ballot is kept, along with a log of the seal numbers on the ballot containers before and after completing the manual audit. The audit is complete once all the ballots associated with the audited race are counted, the risk level is met, and findings are reported back to the Secretary of State.