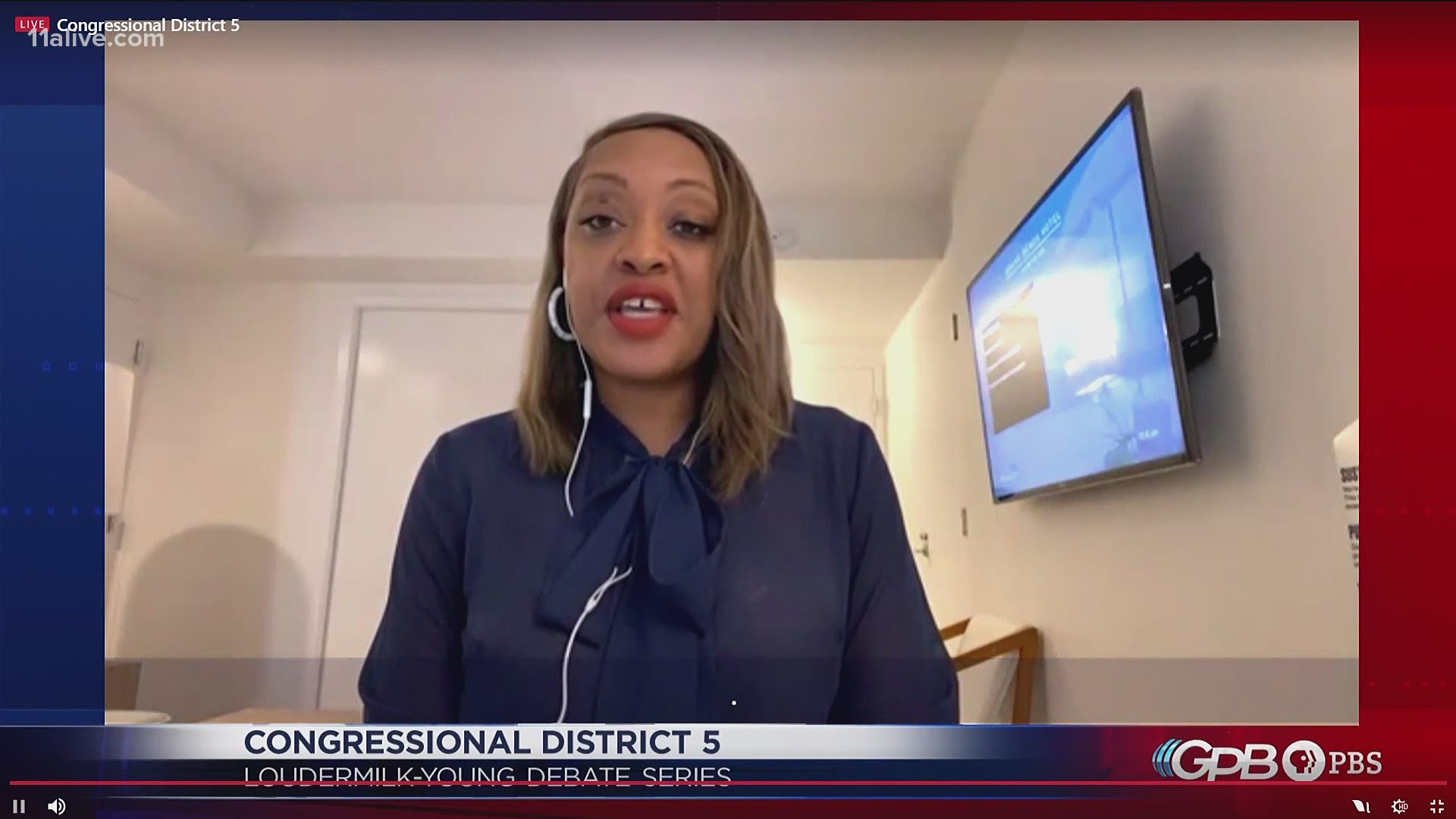 ATLANTA — There was a debate of sorts Monday in the race to replace Congressman John Lewis, who died in July.

Only one candidate showed up.

The fifth congressional district is frequently described as one of the most reliably Democratic districts in America. Yet the Atlanta Press Club's fifth district debate featured only Republican Angela Stanton King.

King is a former reality show star who did some time in federal prison on conspiracy charges. She is a political newcomer who touts criminal justice reform and the reunion of released prisoners with their families.

Democrat Nikema Williams declined to show up – citing her need to help her kindergarten-aged son with the rigors of virtual schooling. King was chosen by Georgia Democratic Party insiders to replace Rep. Lewis on the November ballot after he died in July.

King told the panel that she found Williams' absence from the debate puzzling – given the challenges of the job she’s seeking.

"Her excuse was that she has to put her son in viral kindergarten. We all have children, the majority of us do. And we have to work while we do that," King said. "So I’m just wondering – if she can’t make time to do a virtual debate, then how can we depend on her to be there for us and stand up for us in congress?"

The virtual one-woman "debate" stopped and started again due to an unexpected WiFi shutdown about eight minutes into it.

11Alive News anchor Jennifer Bellamy was the moderator. It will appear on-demand at the Atlanta Press Club’s Facebook page.