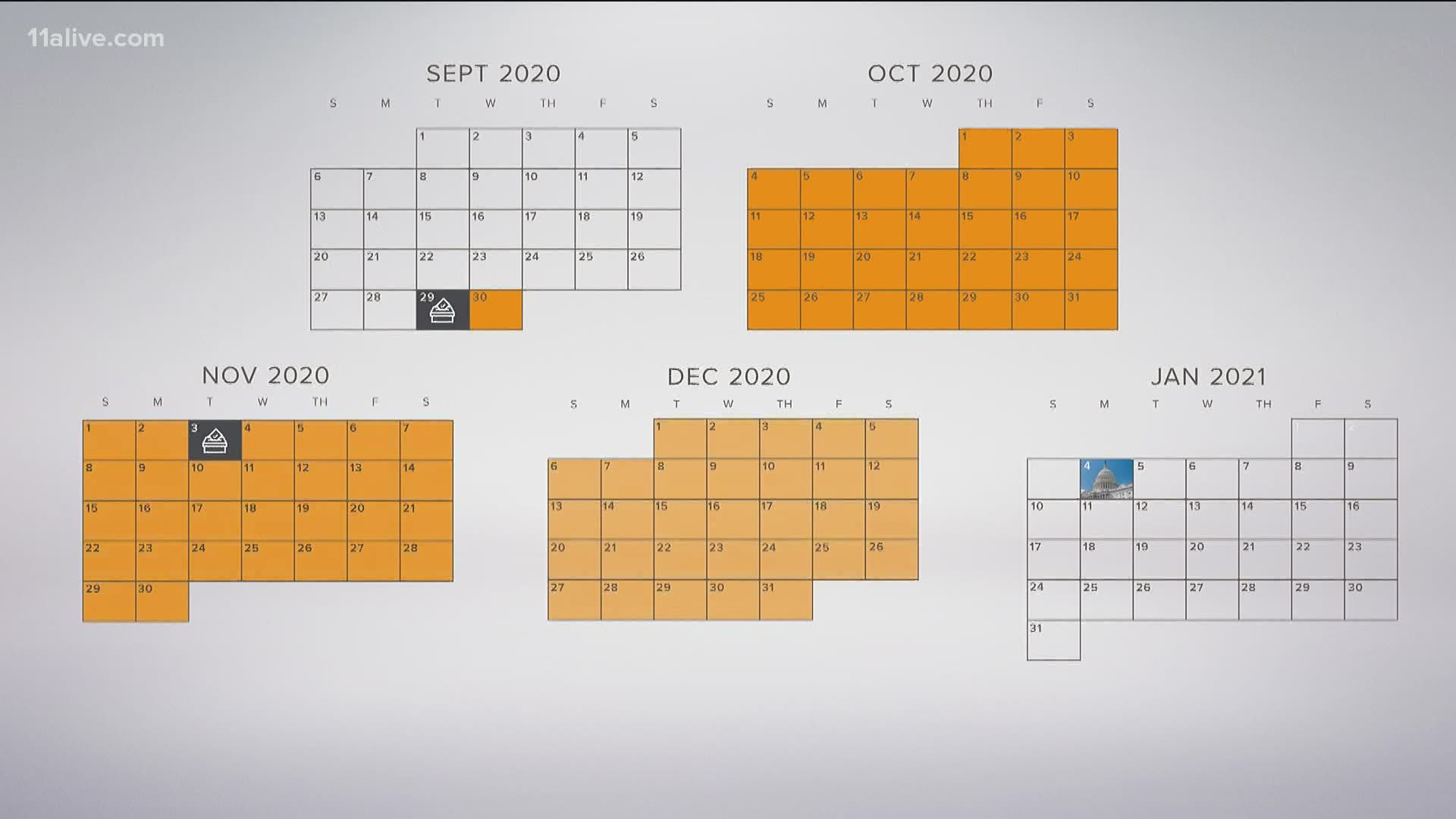 ATLANTA — As if the 2020 General Election season wasn’t busy enough, voters in parts of Fulton and DeKalb counties will be able to vote early starting next week in a special election to fill the term of the late Congressman John Lewis.

It sounds like a consequential race until you bore into the details.

Voters in the 5th Congressional District will be eligible to vote two different times over the next few weeks for a successor to Rep. Lewis.

Folks who vote starting next week, will elect a successor who will serve in office for merely a few short weeks.

When DeKalb County’s Young Democrats held a candidate forum last week, faces filled the screen with folks who want to go to Washington and represent the district in Congress.

They also saw former Georgia state Representative Keisha Waites, who had run for Congress this year in another district and lost.

"I will be a person that can come up in this legacy seat with the smallest learning curve," Thomas told 11Alive News on Wednesday.

The winner of that election will take office for the new congressional term on January 3.

The special election taking place on September 29 is designed to fill the remainder of Lewis’s current term.

If a candidate gets a majority of votes in that election, the winner would serve in Congress for about 96 days.  If not, there’s a December 1 runoff election. In that case, the winner would only serve for 33 days.

"But remember, the General Assembly is only 40 days," said Thomas, who added that she's accustomed passing legislation in a short time period.

Hall said a talented individual could accomplish significant things in that short period, including bills relating to pandemic relief and infrastructure.

"Just like a chef cooks at home, there’s some people, if you put them in a kitchen for three hours, they probably couldn’t do much," Hall said. "But other people, you put 'em in for 30 minutes, and you have a phenomenal meal."