11Alive News conducted an exclusive SurveyUSA poll from Aug. 6 to Aug. 8 that looked ahead at the General Election in November. 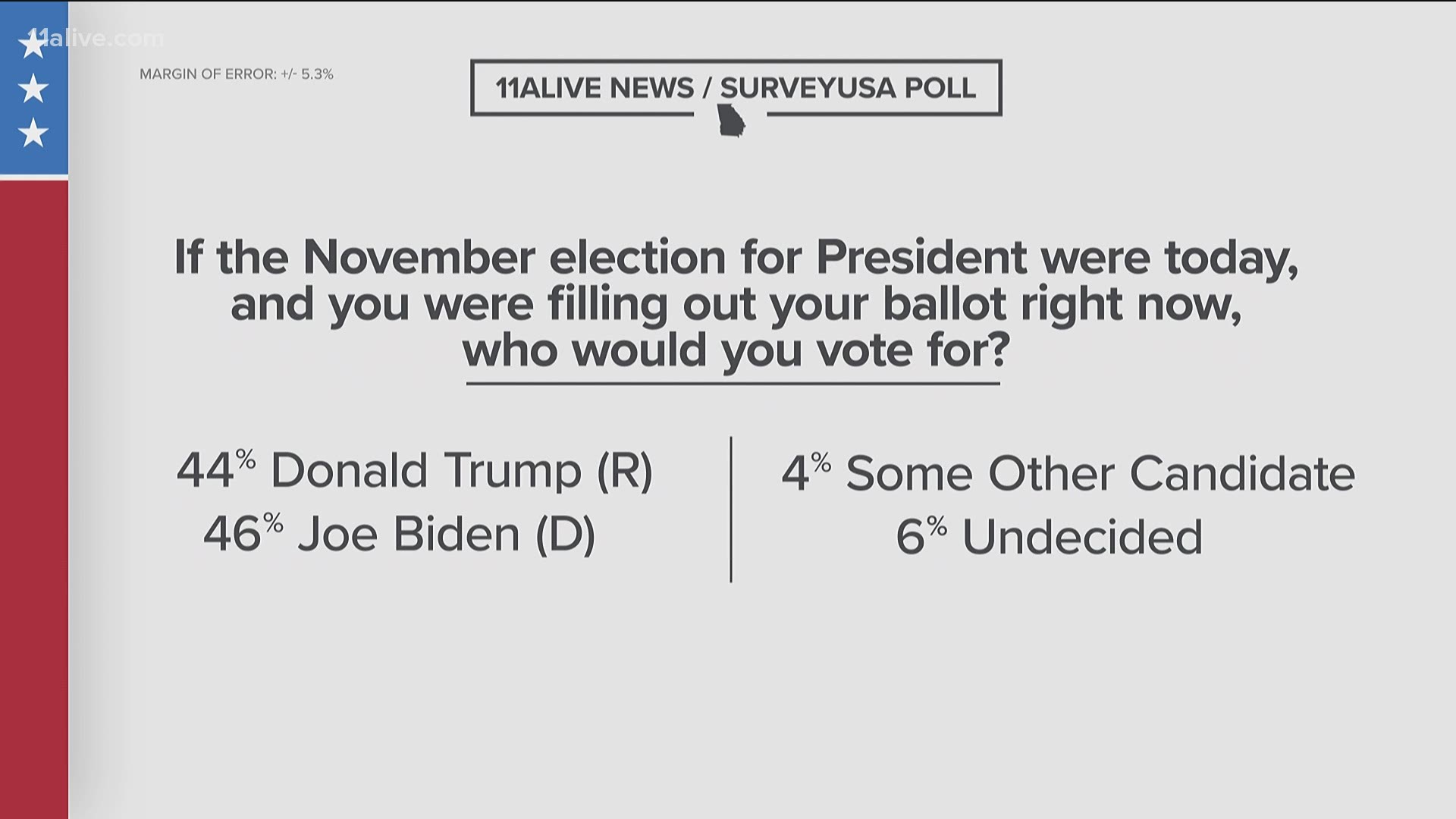 ATLANTA — Many Georgians are heading to the polls today to vote in the runoff elections happening in 94 counties across the state.

11Alive News conducted an exclusive SurveyUSA poll from Aug. 6 to Aug. 8 that looked ahead at the General Election in November.

Here are the issues 11Alive viewers cared about the most:

The poll also asked, "If the November election for the president were today, who would you vote for ?"

The poll found that Georgia's 16 Electoral College Votes are critical and without them, Trump's path to re-election is theoretically possible but practically impossible.

Here's a further look into the presidential election:

Here is how Georgian's are feeling about state elections specifically:

SurveyUSA interviewed 800 state of Georgia adults 08/06/2020 through 08/08/2020. Of the adults, 669 are registered to vote. Of those registered, SurveyUSA determined that 623 are likely to vote in the scheduled 11/03/2020 general election. This research was conducted online among a random and representative cross-section of Georgia adults. Results were nominally weighted to US Census Bureau targets for gender, age, race, education and home-ownership to ensure that the respondent pool reflects the state. In 2016, 2012, and 2008, the Republican running for President has carried Georgia by 5 percentage points.

Editor's Note: This story has been updated to correct the percentage of undecided voters in the general election.