Abortion laws have been a hot topic among the candidates. 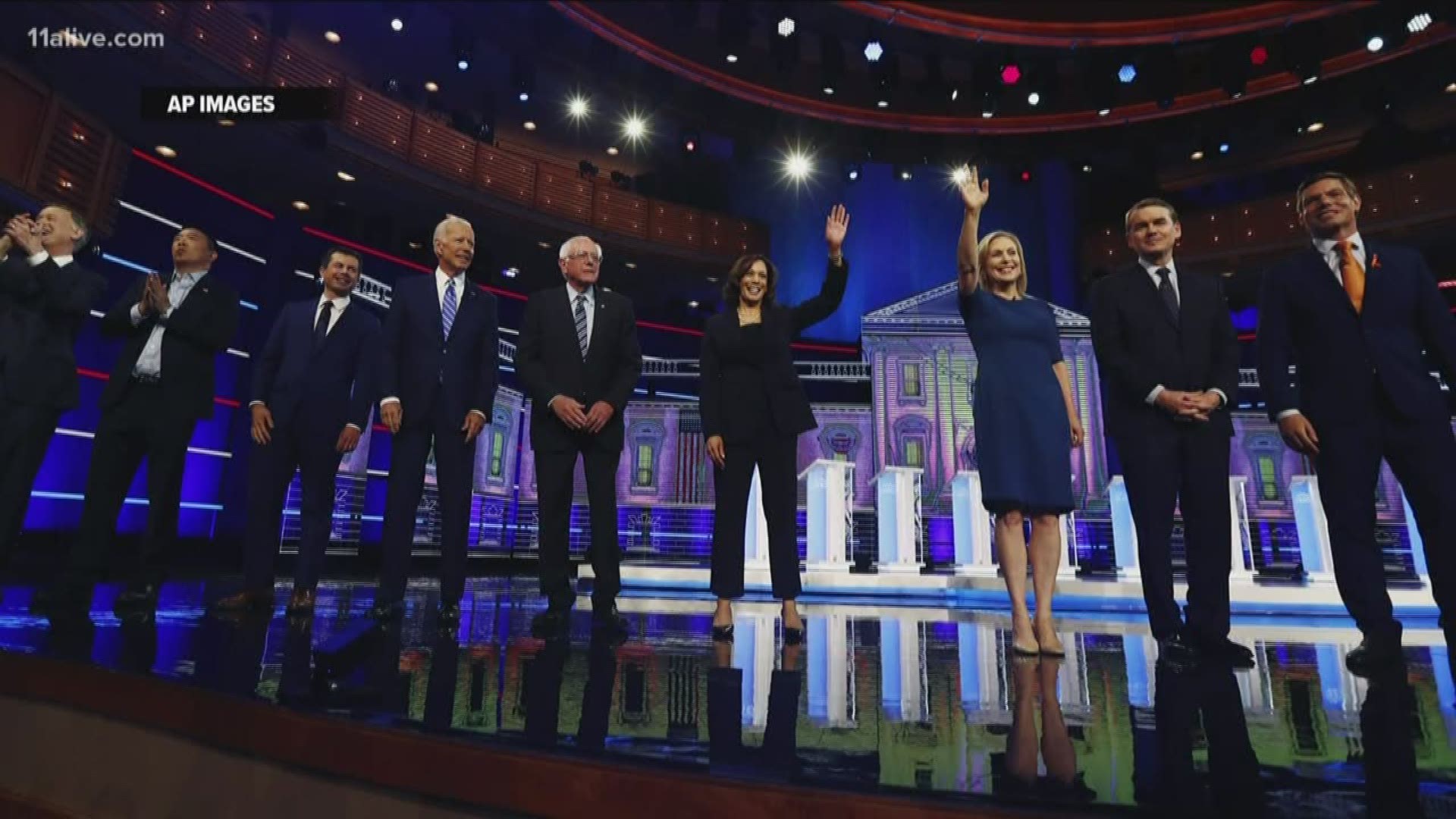 MIAMI — As many states are taking on restrictive abortion laws, the controversial topic was brought up during both nights of Democratic debate.

NBC hosted a different set of candidates Wednesday and Thursday and the discussion surrounding the controversial issue remained in the spotlight.

Wednesday, Castro, specifically mentioned Georgia's new law that was signed by Gov. Brian Kemp in May.

"A person's right to choose is under assault in places like Missouri, in Alabama, Georgia," the former San Antonio mayor said. "I would appoint judges to the federal bench that understand the president of Roe v. Wade and will respect it."

Castro went on to say he believes in reproductive justice for everyone.

"Let's also not forget someone in the trans community, if a trans female is poor, it doesn't mean they shouldn't have the right to exercise that right to choose."

He said his plans of a government healthcare option would cover abortions.

Warren said said she wants to make sure women have access to the full range of reproductive healthcare services.

"That includes birth control, it includes abortions, it includes everything for a woman," she said. "It's not enough for us to expect the courts to protect us. Forty-seven years ago Roe v. Wade was decided and we've all looked to the courts all that time."

"State after state has undermine Roe, but in exceptions, has come right up to the edge of taking away protection," Warren added. "We now have an America where most people support Roe v. Wade. We need to make that a federal law."

"When the door is closed and the negotiations are made, there are conversations about women's rights," she added. "Compromises have been made on our backs."

During her closing remarks, Gillibrand said she came to Georgia to fight on the front lines when it comes to women's rights.

Bernie Sanders also said that if the Supreme Court overturns the ruling legalizing abortion, women would have access to the procedure when he's president through his health care plan, "Medicare For All."

He said his plan "guarantees every woman in this country the right to have an abortion if she wants it."

He also mentioned that he would nominate justices who support Roe v. Wade.

The Georgia law, which is referred to as the "heartbeat" abortion bill, bans abortions once a fetal heartbeat can be detected. That can be as early as six weeks, before many women know they're pregnant.

The law is set to go into effect next year. Some groups and organizations have said they plan on filing lawsuits in an attempt to stop the controversial legislation.