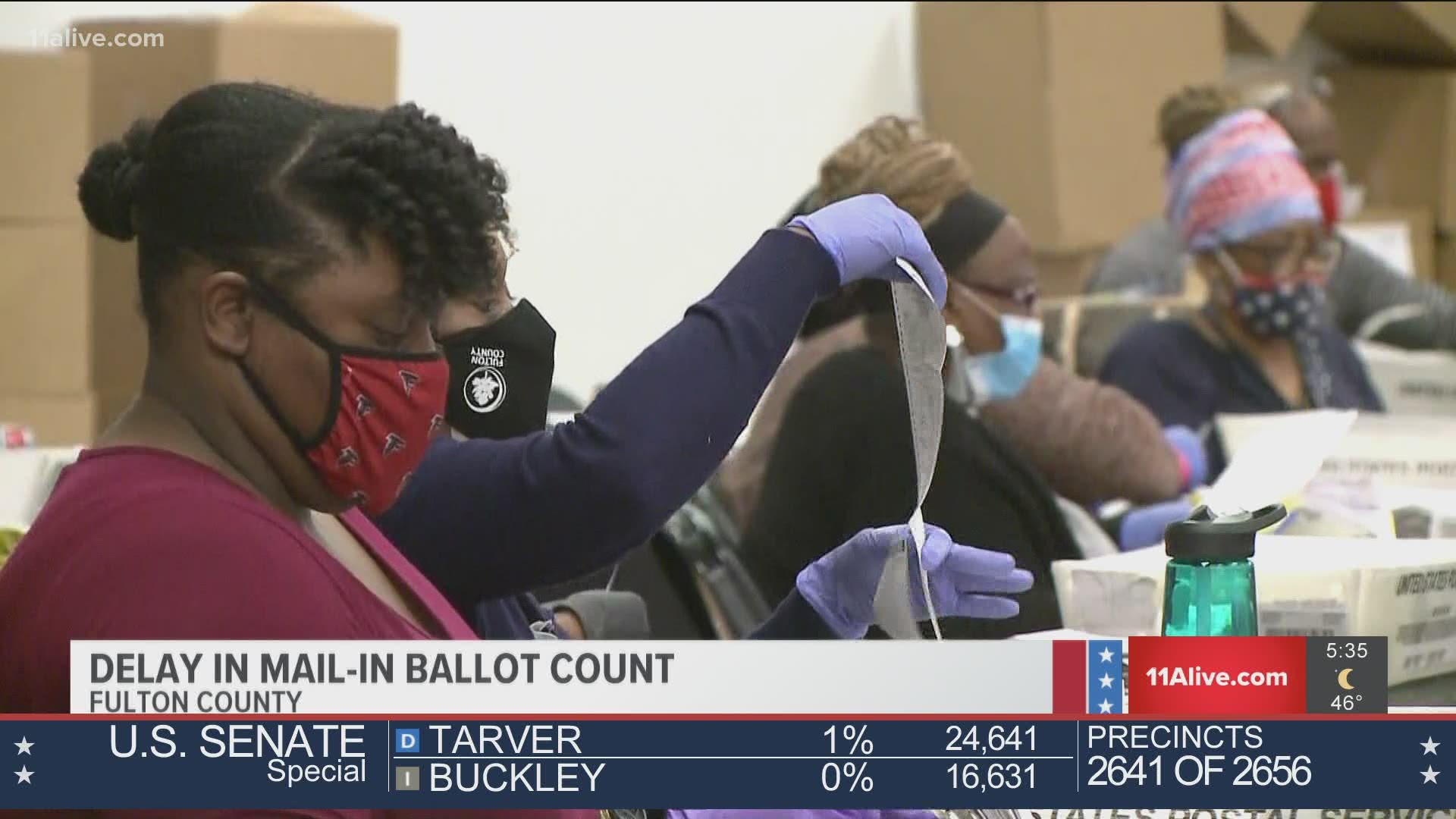 FULTON COUNTY, Ga. — Fulton County election officials said they are behind - possibly by about two hours - counting absentee ballots after a pipe burst near a room at State Farm Arena where some of those ballots were being held.

According to election officials, none of the ballots were damaged in the process. No voting equipment was effected either, officials said.

Fulton County Registration chief Ralph Jones said that the pipe burst just after 6 a.m. Tuesday in the room above where they ballots were being kept, and water was draining down to the left side of the room where the ballots were.

State Farm did come to fix the issue - which was repaired by about 8 a.m. - but there was a brief delay in tabulating the absentee ballots while the repairs were being made, Jones said.

WATCH LIVE: Some results starting to come in from metro Atlanta counties

"Thank goodness that none of those ballots were damaged," said Dwight Brower, Fulton County elections chief.

Fulton County officials said it will continue to tabulate the remainder of the absentee ballots over the next two days - a process that requires each ballot be opened, before signatures are verified and the ballots scanned.

According to election officials, between 40,000 to 60,000 main-in/drop-off absentee ballots were not counted on election night. The county election officials said it was not due to the water pipe issues, rather it was because of the sheer number of ballots.

"It was anticipated to some extent due to COVID," said Fulton County elections director Richard Barron. "It's not considered a delay or due to any malfunction. The county just received a lot of them."

Fulton officials said their goal was to have 100,000 absentee plus drop-off ballots counted by the end of election night. Officials sent ballot counters home at 10:30 p.m. and said they'd return at 8:30 a.m. Wednesday.

The remaining ballots would be counted by Friday or Saturday, though most could be done by Wednesday.

1 / 13
AP
A poll worker talks to a voter before they vote on a paper ballot on Election Day in Atlanta on Tuesday, Nov. 3, 2020. (AP Photo/Brynn Anderson)