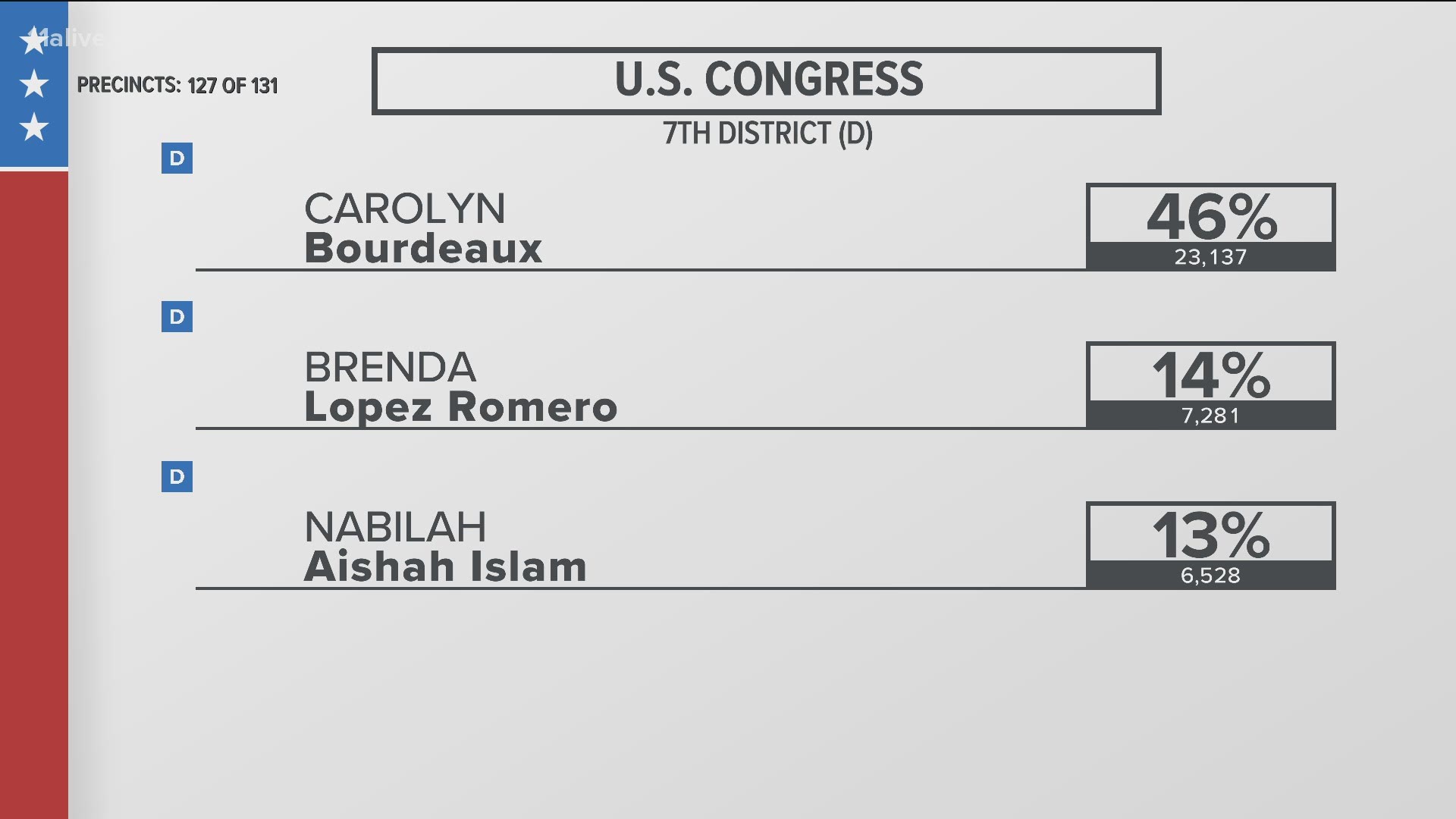 ATLANTA — The field narrowed Tuesday in Georgia’s seventh congressional district. Two Democrats appear headed for a runoff.  And a Republican newcomer won a solid majority against five other hopefuls.

Republican Rich McCormick’s website shows a video of the Afghanistan war veteran -- and emergency room doctor -- mowing through his opponents in what appears to be a game of rugby.

The tough guy image helped sell McCormick as a Trump-supporting Republican in the GOP primary.  And while the rugby scene was staged, McCormick did impressively plow through a large field of Republican opponents to earn the nomination without a runoff.

"This is what politics should be about, which is an authentic message and relationships, not talking points but relationships," McCormick told 11Alive News Wednesday.

McCormick would replace Congressman Rob Woodall in the 7th district – which spans Gwinnett and Forsyth counties.

Woodall is retiring from Congress after nearly losing his seat two years ago to former congressional aide Carolyn Bourdeaux – who nearly won the Democratic nomination again Tuesday night, hovering around 45 percent Wednesday. She would need 50 percent plus one to avoid a runoff.

In a statement, Bourdeaux said she’s “honored” to finish first, and added “It’s time for our party to come together and go into November united against a Republican party that has lost its moral bearings.”

She declined an interview request.

But it appears she’ll have to beat Brenda Lopez Romero first in a runoff.

The state lawmaker and immigration attorney was way behind Bourdeaux in Tuesday’s primary – but expects better results in the runoff.

"I’m the only candidate in this primary race that has both the experience and the grassroots organizing and community experience to flip a district," Romero said Wednesday.

Romero says Bourdeaux should have beaten Woodall two years ago. That, Romero says, suggests the need for a different Democrat in the seventh district this November.