Total turnout to date is up more than 140% in the state. 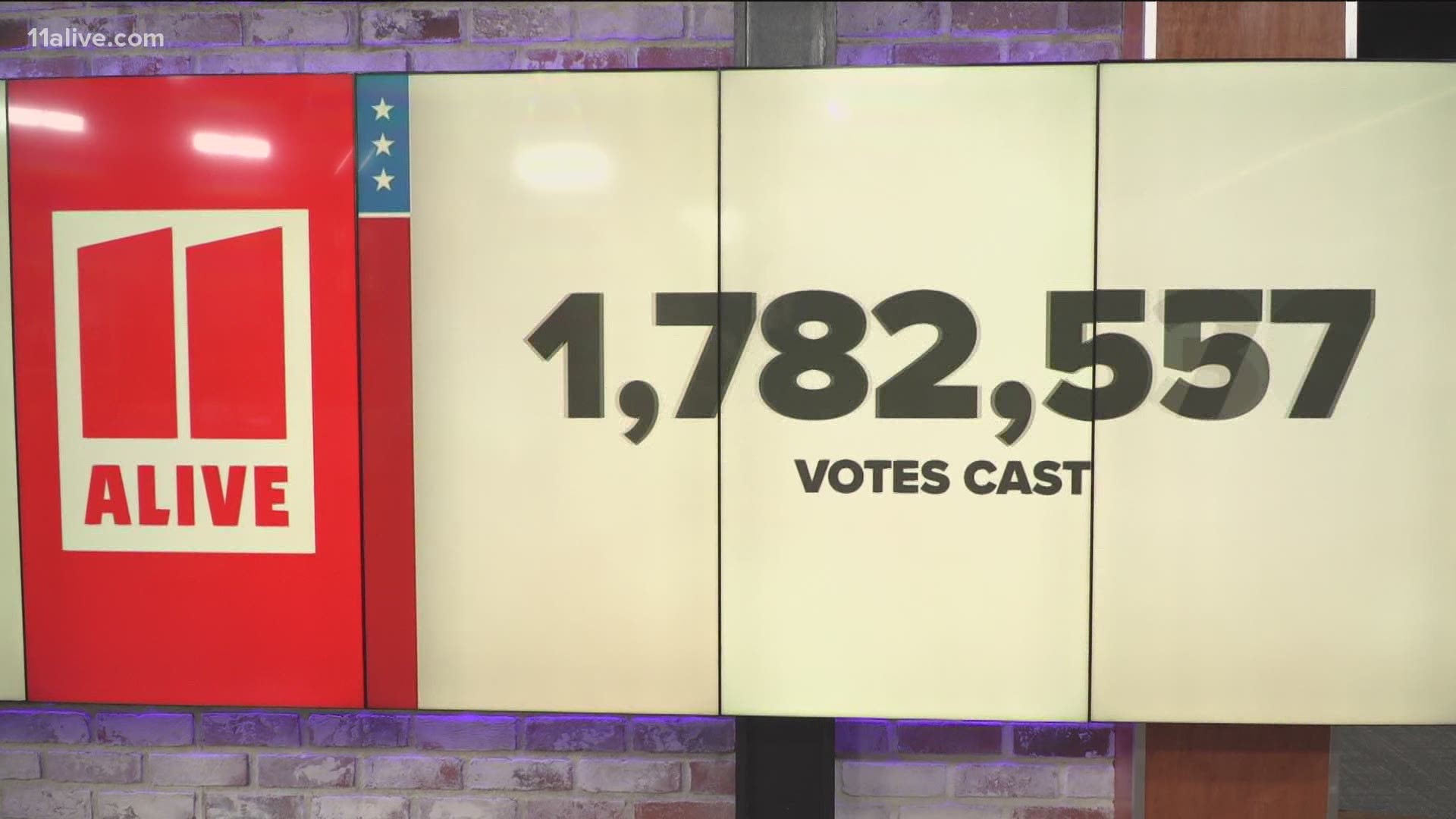 ATLANTA — Two weeks out from Election Day, more than 23% of Georgia's voters have already cast their ballot, according to the latest early voting data from the Secretary of State's office.

According to state data following Monday's round of early voting, 1,777,947 total votes have already been cast in Georgia, as of onoon Tuesday, out of about 7.5 million registered voters in the Peach State.

A release issued by the secretary of state's office said the percent increase in total turnout to date was 142% over 2016. The mail-in ballot increase is 640%.

According to the secretary of state's office, more than a million votes have been cast at in-person polling sites. Another 731,979 are mail-in ballots.

Of the total number of mail-in ballots that were requested by voters (more than 1.5 million), around 850,000 are still outstanding.