They said county election officials failed to upload votes from a memory card on election night. 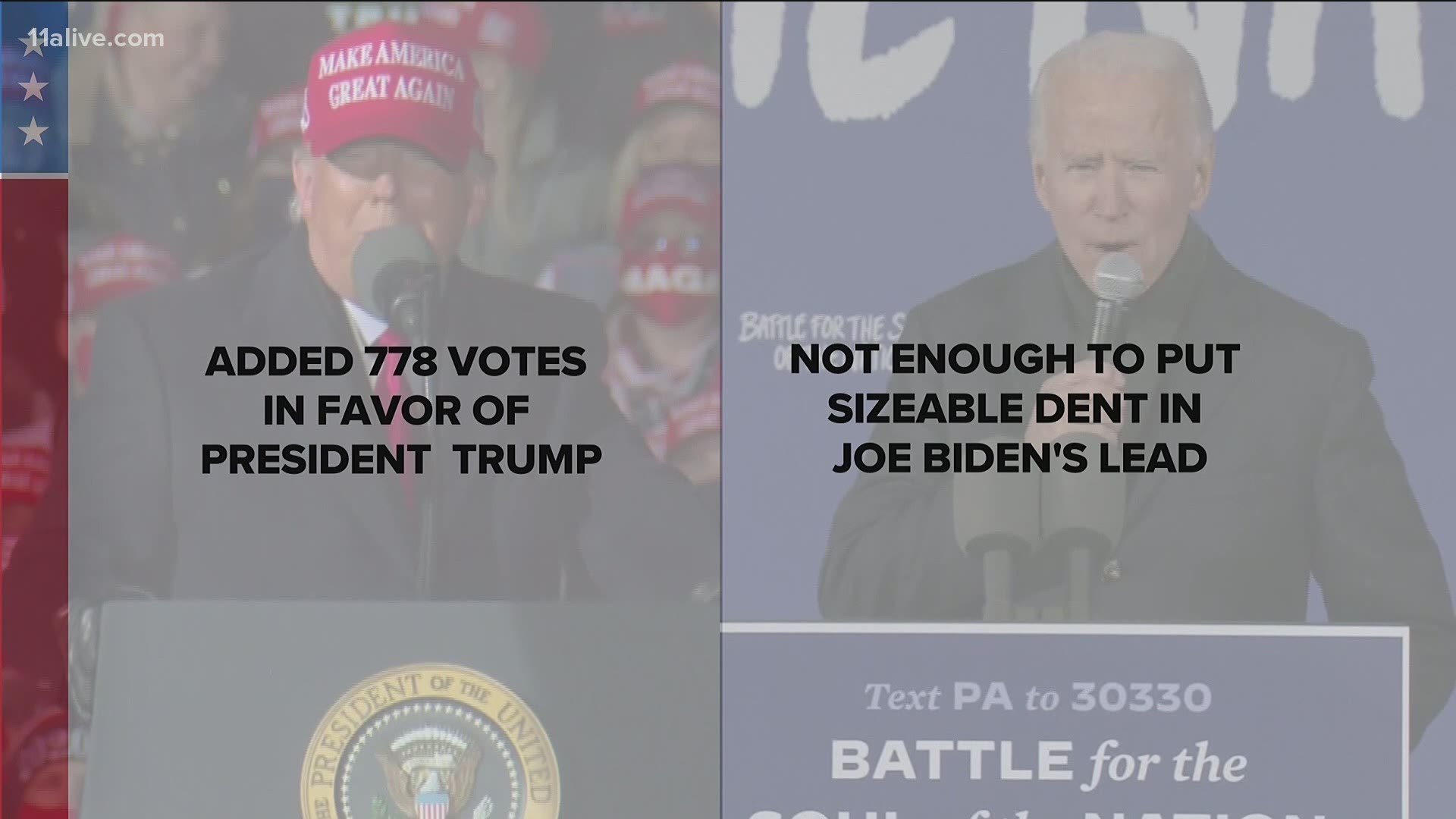 FLOYD COUNTY, Ga. — Nearly 2,600 ballots were not tallied on election night in Floyd County, the Secretary of State's office confirmed on Monday evening.

Georgia election official Gabriel Sterling with the Secretary of State's office said county election workers failed to upload votes from a memory card on election night. It was discovered during a statewide audit.

He said the state is not seeing any other issues like this from the audit and that they are calling on Floyd County elections director Robert Brady to step down. The Secretary of State's office has an investigator looking into exactly where the breakdown occurred.

Sterling said it was not an equipment issue but "a person not executing their job properly."

The statewide audit required a hand retally of the state’s nearly 5 million ballots cast in the general election on Nov. 3. It’s the largest audit in the country’s history to be conducted by hand.

The audit was all in an effort to validate the close results in the presidential race. In Georgia, President-elect Joe Biden leads President Donald Trump around 14,000 votes.

"The audit is tracking the way you'd expect it to track," Sterling said.

These votes will likely not put a big dent in Biden's lead. In a tweet breaking down the votes, Sterling said President Trump's vote tally changed by less than 800 votes.

Here is the unofficial breakdown of the ballots that weren’t originally uploaded I Floyd. 1,643 votes for Pres. Trump, 865 for former VP Biden and 16 for Libertarian Jo Jorgensen. That is +778 for President Trump that will be reflected in the certified result. #gapol

The audit is still ongoing.