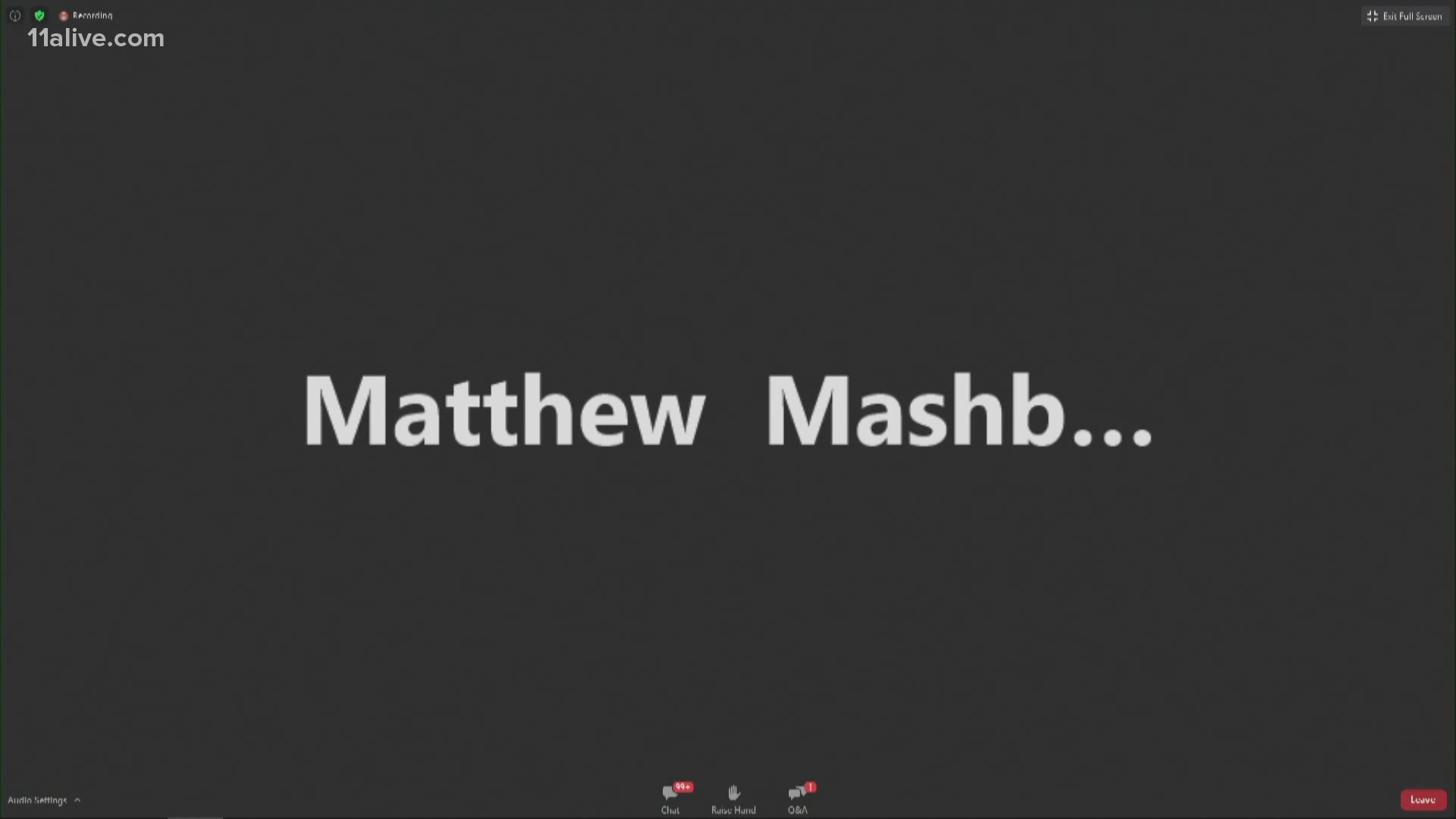 ATLANTA — A Georgia State Election Board member, saying it was "time to start knocking down these wild conspiracy theories with facts," went through and fact-checked an exhaustive list of allegations against Georgia's election integrity on Monday.

Taking a roughly 15-minute aside toward the end of the State Election Board meeting, board member Matt Mashburn went through more than a dozen allegations he said he has heard frequently either in media accounts or from the public.

Rifling through each one, he made the broad point that there was no merit to the challenges against Georgia's election integrity.

"By the time this election is done, we will have the most looked-at, checked, double-checked and - after the recount - triple-checked and examined election possible," he said.

Among the most authoritative debunkings that Mashburn offered concerned the allegation that on Election Night, Fulton County sent observers home and then continued to count in secret at State Farm Arena.

The more extreme claim tied to that allegation was that the county was somehow manufacturing fraudulent ballots in the early hours after Election Night.

Mashburn, a Republican, said he knew that wasn't true because there was a board-appointed observer on site. Further, the counting itself wasn't going on in secret, he said, because he himself was posted at the English Avenue precinct until 3 a.m. that night and it was plainly apparent to the handful of people there that counting was still going on at State Farm Arena.

"The true explanation happened right in front of me – on Wednesday night at 7 p.m. the elections director announced they had 30,000 ballots left to count. Both I and the election monitor were standing right there together when this press conference took place and we both compared notes and knew that Fulton County was processing ballots at approximately 2,000 per hour," Mashburn said. "So that meant 30,000 divided by 2,000 per hour - that meant that 15 hours were left before they were finished. But the elections director unfortunately said they would be finished by midnight, which was five hours away. So anybody paying attention to what he was saying knew they had at least 10 hours more left to count (past midnight).

"I even thought to myself at the time, 'Well that’s gonna cause some suspicion when they're nowhere near finished at midnight and in fact still have 20,000 ballots left to count'... I knew that was gonna be a problem."

Among a number of other allegations or conspiracies Mashburn rejected, he also touched on a conspiracy theory about Dominion Systems, the company that makes the voting machines for Georgia and a number of other states. That theory - lodged most prominently by the lawyer Sidney Powell - revolved around a supposed Dominion tie to a Venezuelan company accused of being founded for that country's former president, Hugo Chavez, so he could electronically rig elections.

Mashburn noted that if any software was changing Georgia's vote total, the hand-count audit of all the state's five million ballots would have shown a meaningful discrepancy of some sort with the machine-counted total.

"We have paper receipts - reviewed and approved by the voters - and the machine matched the human count with regard to the risk limiting audit," he said.

The Trump legal team distanced itself from Powell after she seemed to suggest in an interview that Gov. Brian Kemp, a staunch Republican ally of the president's, was part of a conspiracy to use Dominion to flip Georgia's vote for Joe Biden.