In an interview with FOX News on Monday night, Governor Brian Kemp said moving the All-Star game to Colorado doesn't make sense to him as he compared election laws. 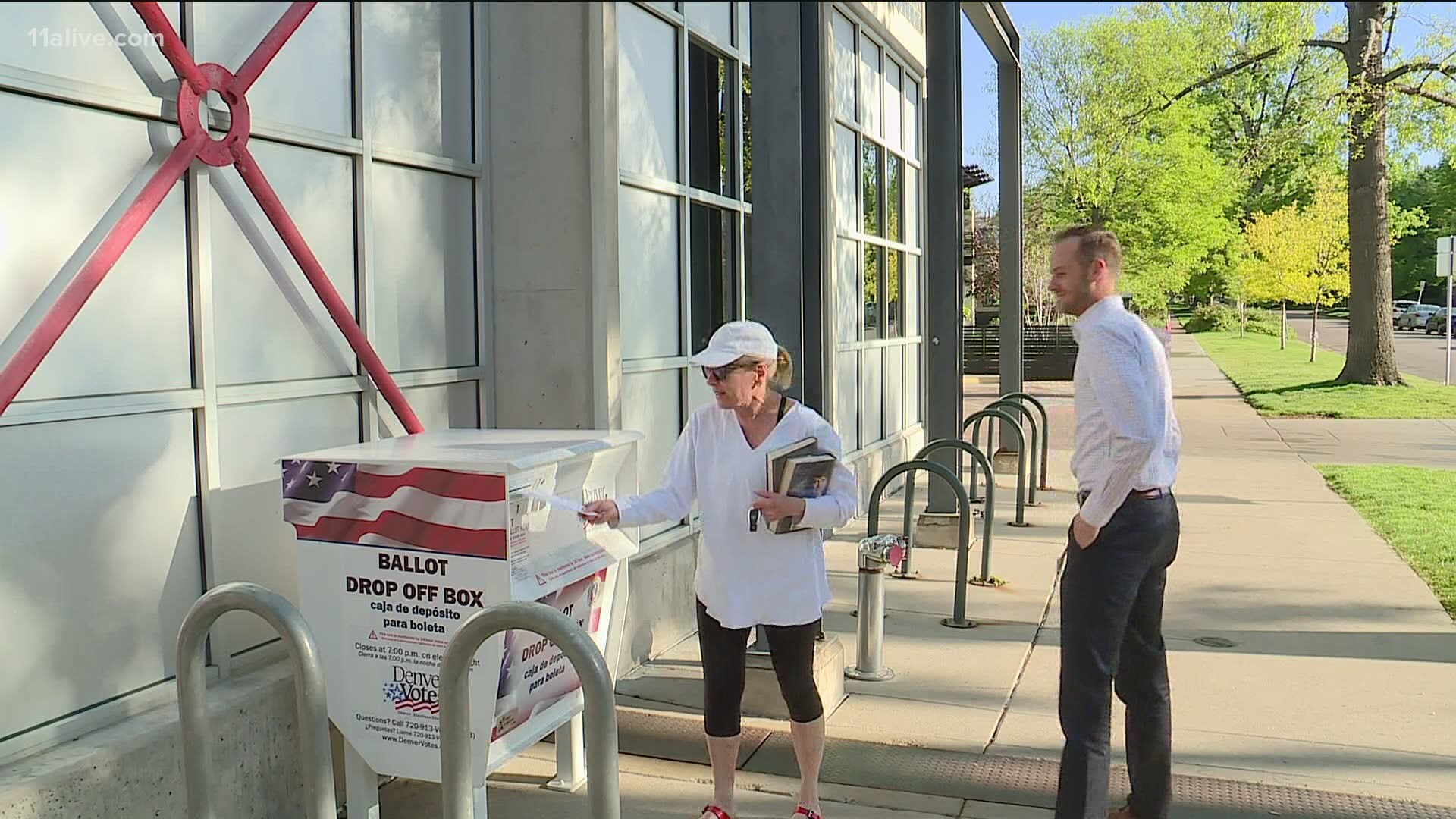 ATLANTA — As reports came out Tuesday night of Major League Baseball deciding to move the 2021 All-Star game to Colorado, Gov. Brian Kemp was being interviewed live on FOX News, once again defending the Georgie election bill he recently signed into law.

That law - called the Georgia Election Integrity Act of 2021 - prompted the MLB to pull the All-Star Game in July from Truist Park, after the league saw it as an affront to voter access.

But during that interview, Kemp defended some of the provisions of the law - comparing them to Colorado election laws.

"Georgia has 17 days of in-person early voting, including two optional Sundays. Colorado has 15, is what I'm being told," Kemp said. "They also have a photo ID requirement, so doesn't make a whole lot of sense to me."

However, the governor's comments need context, as there is very little demand in Colorado for early voting because of its use of vote-by-mail. And while the state has an ID requirement for in-person voting, it doesn't have a photo ID requirement as Kemp claimed.

Comparing election laws between Colorado and Georgia was also a topic brought up during a White House press briefing on Tuesday.

"Colorado allows you to register on election day," said White House Press Secretary Jen Psaki. (In Georgia, you must register to vote by the fifth Monday before an election day.)

In Colorado, under 3% of ballots were cast during early in-person voting during the 2020 November election, compared to 67% in Georgia according to data collected by the U.S. Elections Project.

The reason for very little early voting demand in Colorado is because election officials mail a ballot to every registered voter. While voters still have the option to vote in person, during the 2020 election, for example, more than 94% of voters in Denver County voted by mail.

"Almost everybody votes by mail, we've been doing it that way well before COVID," said Paule Teske, the dean of the School of Public Affairs with the University of Colorado Denver.

Given the amount of Colorado voters who cast their ballot by mail instead of in-person, Teske said the comparison of how many early voting days each state offers doesn't add up.

"Once you're in the system, you get a ballot every time and it is automatic," Teske said.

To Kemp's point of both states having a photo ID requirement, state law in Colorado shows a photo ID is not required. The National Conference of State Legislatures lists Colorado's requirement as "non-strict."

One of more than a dozen forms of IDs is allowed to vote in person in Colorado and may be required if you're voting by mail for the first time. The list includes such documents as a utility bill, bank statement, or birth certificate.

Georgia's ID requirement for in-person voting was already law prior to the state's new law and is listed by the NCSL as "strict."

To vote in person in Georgia, you must have a photo ID. If you don't have your ID while voting, you can cast a provisional ballot and then need to return within three days with your photo ID to have your ballot counted.

Under Georgia's new law, to apply for an absentee ballot you must provide an ID number from a driver's license or state-issued photo ID, or provide a photocopy of other approved photo IDs.

Another point of debate leading up to the passing of Georgia's election law was ballot drop boxes, where voters can return their absentee ballot. It is another point where Colorado elections are more accessible.

Now, in Georgia, state law details how many drop boxes can be available in each county. While the law requires each county to have at least one drop box, in some counties it could lead to fewer drop boxes than during the 2020 election.

The law also requires the boxes to be inside and only accessible during election hours.

"I live in the City of Denver and we probably have 30 or 40 locations with ballot drop boxes," Teske said.

Meanwhile, in Colorado similar drop boxes are outside and Teske said it allows voters to return their ballots at their convenience.

"Open 24 hours, it's pretty secure and I believe there are cameras," he added.

On Tuesday, Colorado Secretary of State Jena Griswold released the following statement on the All-Star Game being moved to Colorado and questions about the state's elections:

Colorado is recognized as the national gold standard for elections, and I’m thrilled with the decision to move the MLB All-Star Game to Coors Field in Denver.

The truth is Colorado’s election model works. We mail ballots to all voters, have early voting, and same day voter registration.  Voters can participate easily in our elections, which are also the most secure in the nation. Election accessibility and security can go hand-in-hand.

We give voters ample time and options to participate in our elections. County clerks send ballots out more than three weeks ahead of Election Day.  Drop boxes and voting centers open around the state soon thereafter. These various options give voters time to send their ballot back in the mail, drop it into a drop-box, or vote in-person.

And the proof is in our voter turnout, consistently amongst the top in the nation. We've got the most accessible and secure elections in the country, and are grateful that MLB is giving us the opportunity to showcase how elections can be!