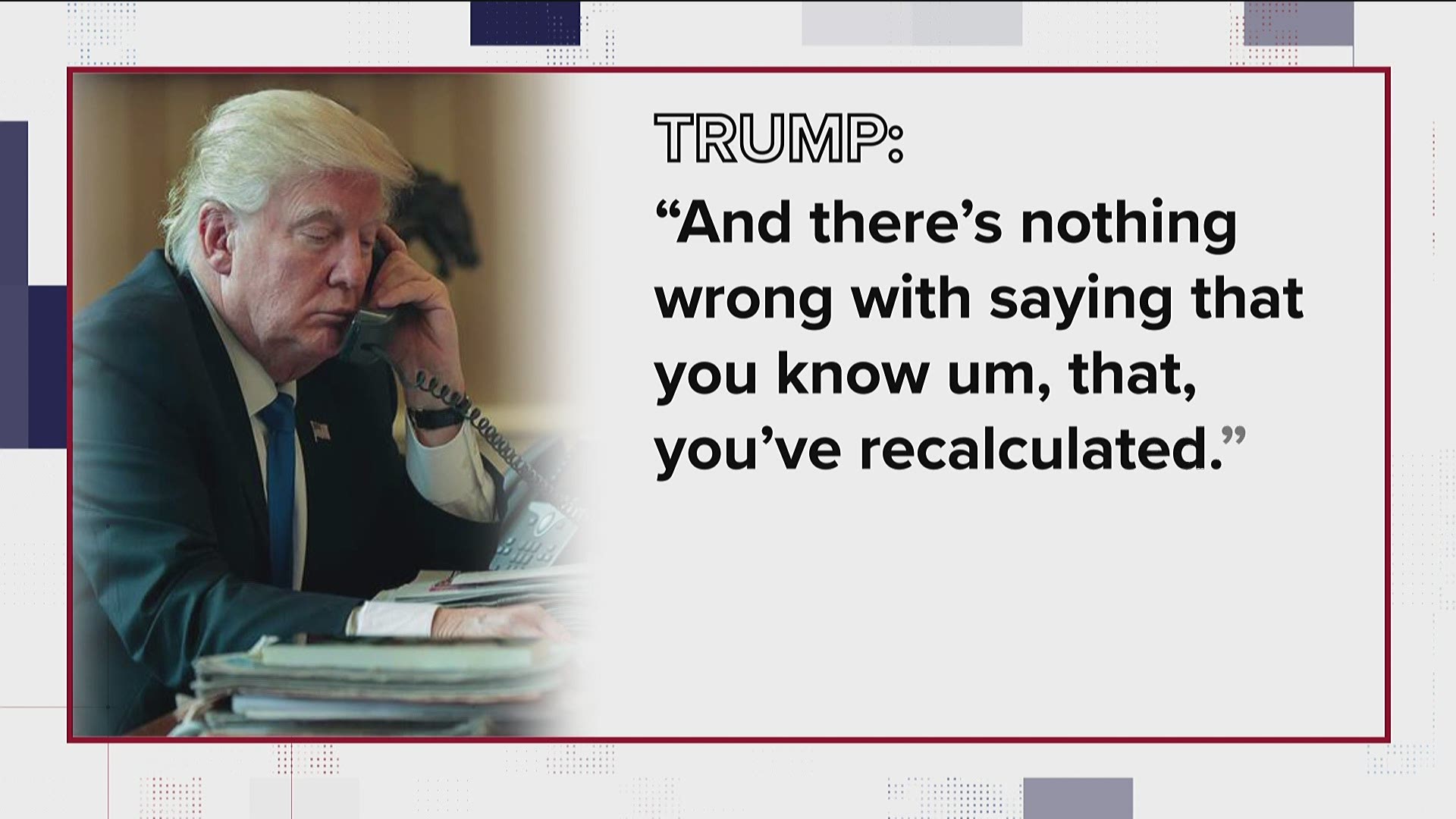 ATLANTA — UPDATE: The lawsuit has been rejected, according to court records. Reports indicated the suit's motion for a preliminary injunction was denied on grounds of standing and jurisdiction.

According to the court records, a written order "will be forthcoming today."

The latest attempt by President Donald Trump and his legal advocates to overturn Georgia's election results will be heard by a federal judge today.

A hearing is scheduled for 9:30 a.m. over Zoom in the U.S. District Court for the Northern District of Georgia. Judge Mark Cohen, an Obama appointee, will hear a lawsuit that was filed New Year's Eve.

The suit rests on two central claims - that an agreement between Georgia Sec. of State Brad Raffensperger and Democratic groups earlier this year to settle lawsuits over how signature matching is done is unconstitutional, and that an earlier lawsuit filed in Fulton County Superior Court was not properly handled.

The first claim has been heard by the Northern Georgia district court before. In dismissing a lawsuit brought by attorney Lin Wood just after the November general election, Judge Steven Grimberg affirmed the so-called "consent decree" as legal.

On the second matter, federal courts typically do not have jurisdiction over state courts. It's also not clear why Gov. Brian Kemp and Sec. of State Brad Raffensperger would be appropriate parties to sue over such a matter.

That earlier lawsuit, brought by Trump and Georgia GOP Chairman David Shafer, was originally held up because they asked for a special kind of judge to hear the case, known as an administrative law judge.

The case then sat, because Fulton County Superior Court could not proceed until the appeal that had been made to the state Supreme Court was withdrawn. Lawyers for Trump and Shafer did not do that until last week.

The suit has since been moved to the Georgia 7th Judicial Administrative District, in the northwest corner of the state.

The federal lawsuit that will be heard today asks for Georgia's election results to be de-certified.