Objection to Georgia election results proceeds after Capitol violence, but fails without Loeffler 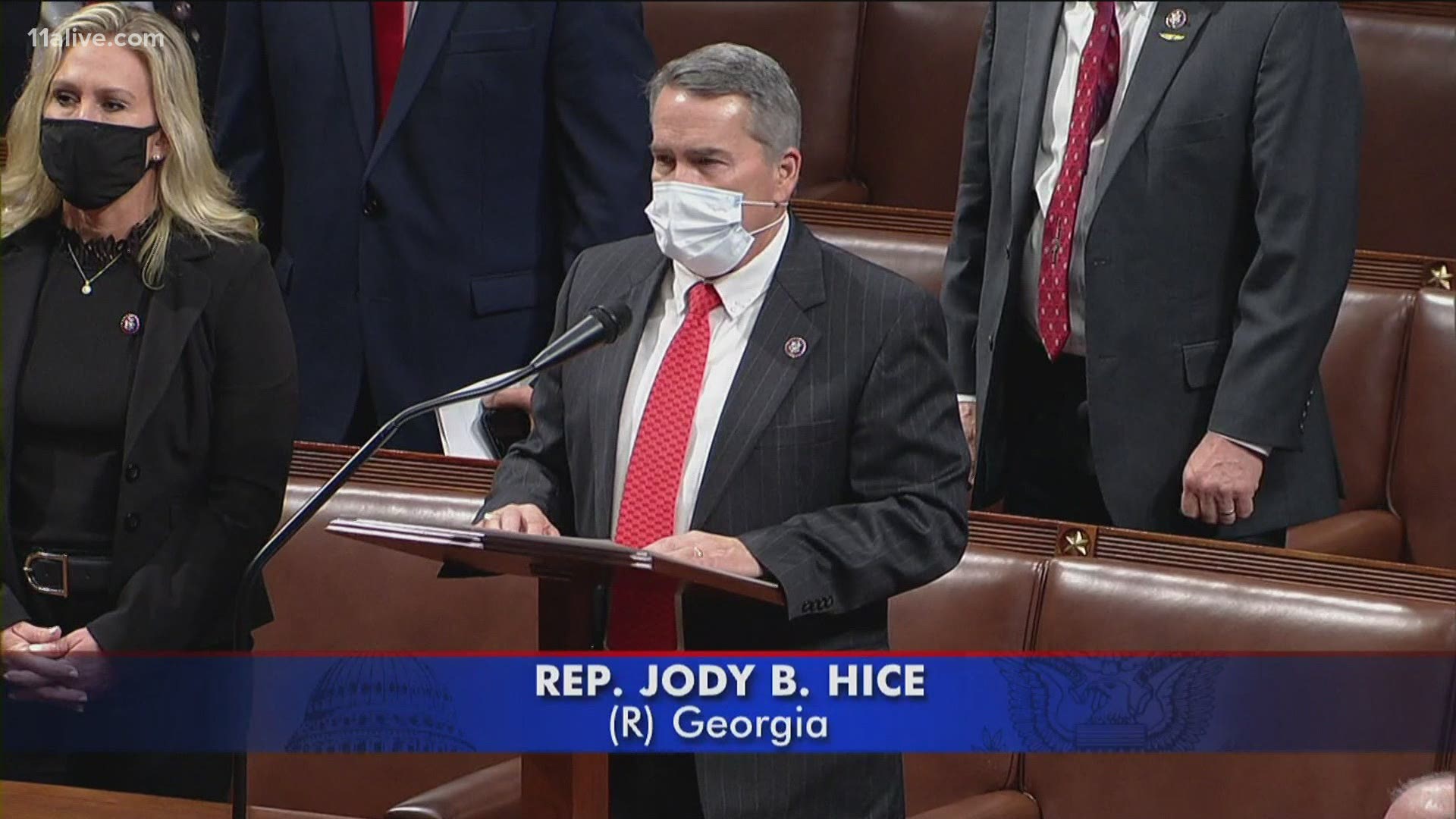 WASHINGTON — The objection to Georgia's electoral votes proceeded early Thursday morning, after Congress reconvened and completed the counting of the votes following a violent breach of the U.S. Capitol, but the objection failed without the support of Sen. Kelly Loeffler.

Rep. Jody Hice, the Republican congressman from Georgia's 10th District, lodged the objection once Georgia's votes came up to be counted.

But with no senator signing on, it went no further.

Sen. Kelly Loeffler said earlier she could not "now, in good conscience, object to the certification of these electors," following the chaotic takeover at the Capitol by a pro-Trump mob. She had said she would join the objections in the days leading up to yesterday.

When Vice President Mike Pence asked Rep. Hice if he had any senator to sign onto his objection, he responded: "Prior to the actions and events of today we did, but following the events of today it appears that some senators have withdrawn their objections."

By law, an objection cannot proceed unless a member of Congress from both the House and Senate signs onto it. The chambers then meet on their own to debate and then vote on the objection.

That was what was interrupted Wednesday when the rioters breached the Capitol. An objection had been brought against Arizona's votes, and the chambers were meeting to debate it.

When they reconvened later Wednesday evening, it was voted down.

In raising his objection, Hice said he was doing so "on the grounds that the election conducted on Nov. 3 was faulty and fraudulent due to unilateral actions by the secretary of state to unlawfully change the state's election process without approval from the General Assembly, and thereby setting the stage for an unprecedented amount of fraud and irregularities."

Twice, federal judges in the Northern Georgia U.S. District Court have rejected lawsuits against Georgia's election results and explicitly upheld as legal actions taken by Georgia Sec. of State Brad Raffensperger ahead of the election.

State officials have repeatedly rejected the claim that Georgia's election was warped by any concerted effort at manipulation or by irregularities otherwise. The lawsuits tied to that claim have uniformly failed in courts.

Sen. Loeffler, who in days will vacate her seat following her projected loss this week to Rev. Raphael Warnock, said as she abandoned her objection that "there is no excuse for the events that took place in these chambers today, and I pray that America never suffers such a dark day again."