Here's how the final counts from the three recounts ended. 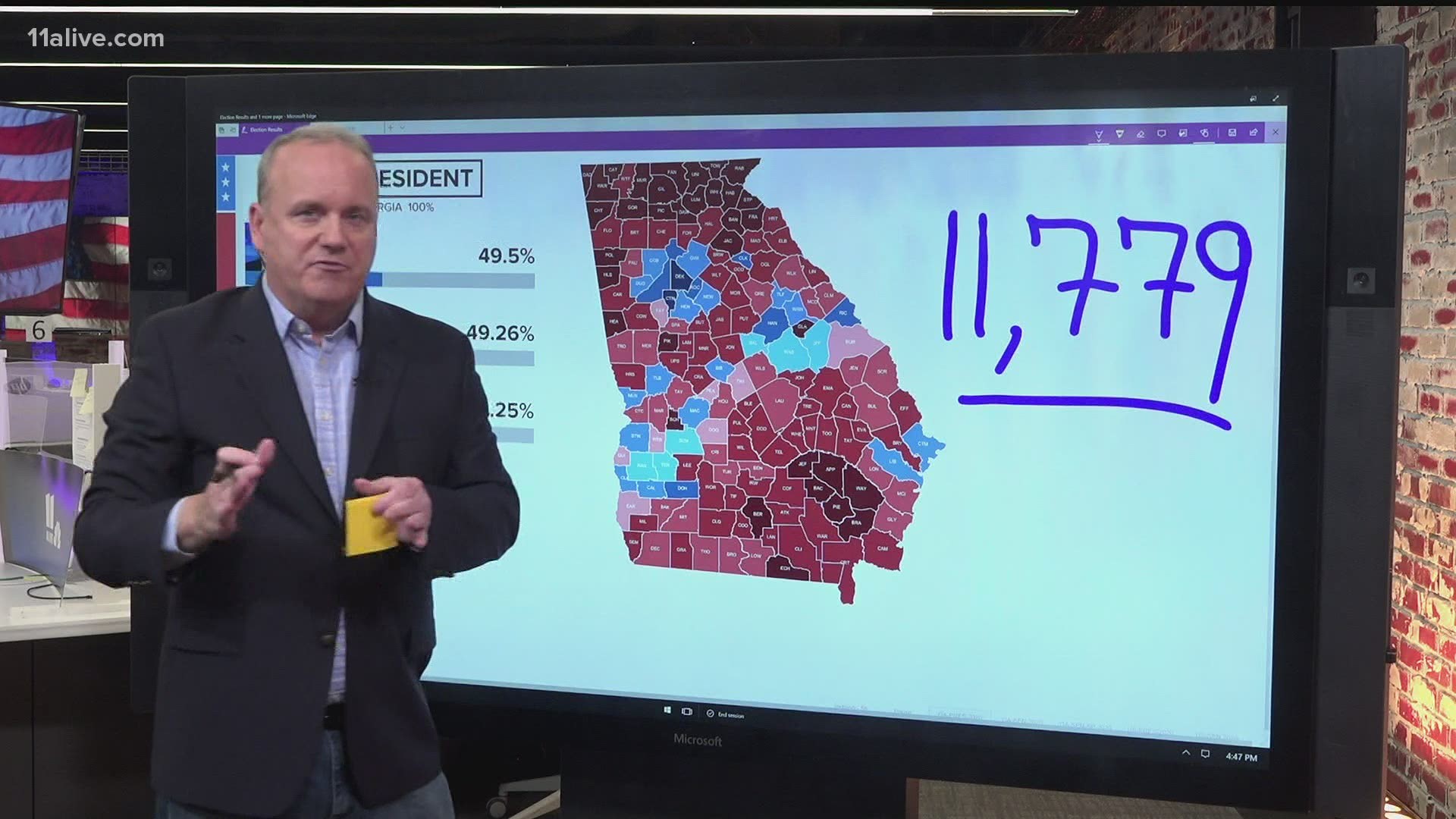 ATLANTA — On Monday, more than a month after the Nov. 3 election - and after the third counting of more than 5 million ballots cast by voters across the state - Georgia's Secretary of State re-certified the state's election results. It again cemented Joe Biden as the winner of the Peach State.

With the final recount of results, President-elect Joe Biden was confirmed to have won Georgia with a final margin of 11,779 votes. That accounts for a razor-thin 0.24% difference between the two candidates - Biden's 49.5% to Trump's 49.26%.

Here's how the final counts from the three recounts ended:

While the final count does differ from the original tally by roughly 1,700 votes, that number accounts for a minuscule .035 percent of the more than 5 million ballots cast. So, after crunching the numbers, it means that the election results in all three counts were 99.964 percent accurate.

So, what happened between the three counts that accounted for the changes in the tallies?

First, consider the situation in Floyd County, when about 2,600 un-scanned ballots from election night were discovered during the hand audit. More of those votes, cast in a county that leans Republican, went to Trump, and thus shaved off some of Biden's lead. Trump also gained a modest number of votes in Fayette County during that same hand audit.

While the certification marks the end of the presidential election saga in Georgia that played out on a national stage, the state will still be front-and-center of the next chapter of the political drama. A pair of runoff elections will determine which political party will control the U.S. Senate and the future of Joe Biden's governance.