It's likely that some of the Georgia races will be called on election night, but tallying for others may not be finished that day. 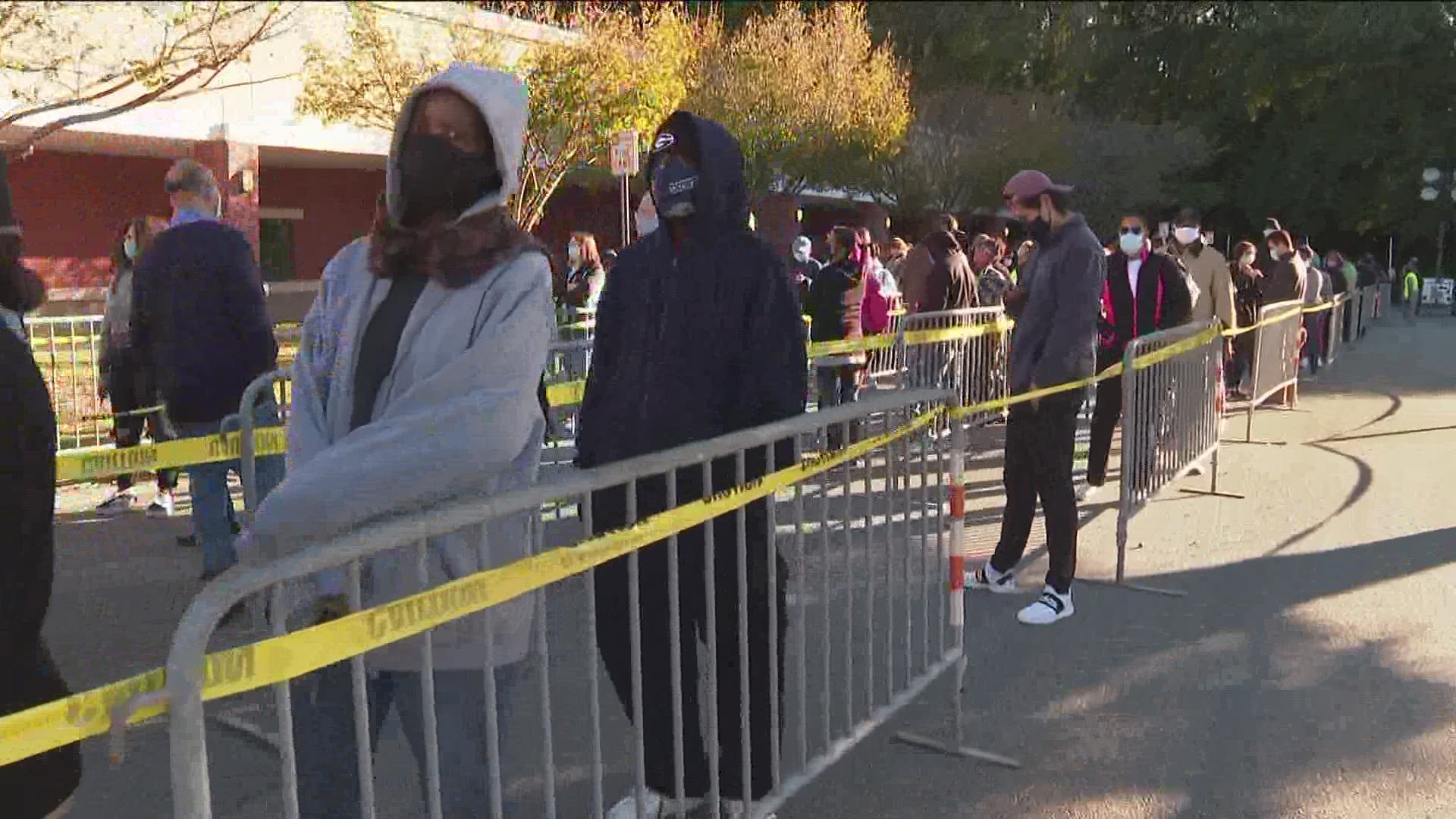 ATLANTA — We are days away from the Nov. 3 general election. While it will be the last chance for voters to pick their candidates of choice, it will be the beginning of a lengthy process of counting votes.

Some may wonder when Georgia election results will be announced? The short answer is, that is uncertain. It's likely that some of the Georgia races will be called on election night, but tallying for others may not be finished that day.

And, as for the presidential race, it could take even longer for the nation to have an official winner. However, there are some measures in place for Georgia to see some of the fastest voting results in a presidential election that the state has ever seen.

Here is what you should know regarding Georgia's election process.

How are votes in Georgia counted?

The state has seen a record early voting turnout between in-person and absentee ballots. It's the same for many other states around the country. This could play a big part in when we will start seeing numbers.

Though the data is processed and closely guarded, the votes can't actually be tabulated until after polls close on election day, per state law.

Gabriel Sterling, the state's voting system implementation manager, told 11Alive last week, that when the polls close on election night, election officials should be able to start instantly tabulating tens of thousands of votes with a few clicks on a computer screen. He said the earliest of those results could be posted within an hour of the polls closing.

There are still many wild cards on election night. But substantial early results in a presidential election are possible this year in Georgia.

However, don't be surprised if votes are still being counted past Nov. 3 - which is not a bad thing. Even though it may take several days, we are seeing a large number of people mail in their ballots and show up to the polls. To make sure every vote is counted, it could take days.

Is Georgia a battleground state?

Georgia has sided with the Republican candidate for president in every election since 1992. George W. Bush carried the state by 16 percent in 2004. Donald Trump’s 2016 victory was by about 5 percent.

The polls have consistently projected a close race here.

According to NBC, Georgia is one of the 12 battleground states in the 2020 election. Many believe Georgia's changing demographics have moved it to swing-state status.

How many electors does Georgia have?

When citizens cast their votes for president and vice president, they are, in actuality, voting for electors who, in turn, make the final selection as part of a body called the Electoral College.

The Electoral College will ultimately decide the race. Georgia has sixteen electors - more than all but seven other states.

The number of current members of the Electoral College, 538, is determined by the total number of U.S. Senators, members of the U.S. House of Representatives, plus three additional members -- representing Washington DC.

To win the presidency, a candidate must receive one vote more than half of the Electoral Votes available -- or 270.

RELATED: Will Georgia turn blue? Analysts explain how - or if - it could happen

Even once the results are announced on election night or the days after, they must be certified.

"The Elections Division of the Secretary of State’s Office organizes and oversees all election activity, including voter registration, municipal, state, county, and federal elections," the Secretary of State's website reads. "They are responsible for certification of election results as well as certifying the qualification of candidates and preparation of ballots and election forms and materials."