Brad Raffensperger said "every other county faced these same issues and were significantly better prepared to respond so that voters had every opportunity to vote." 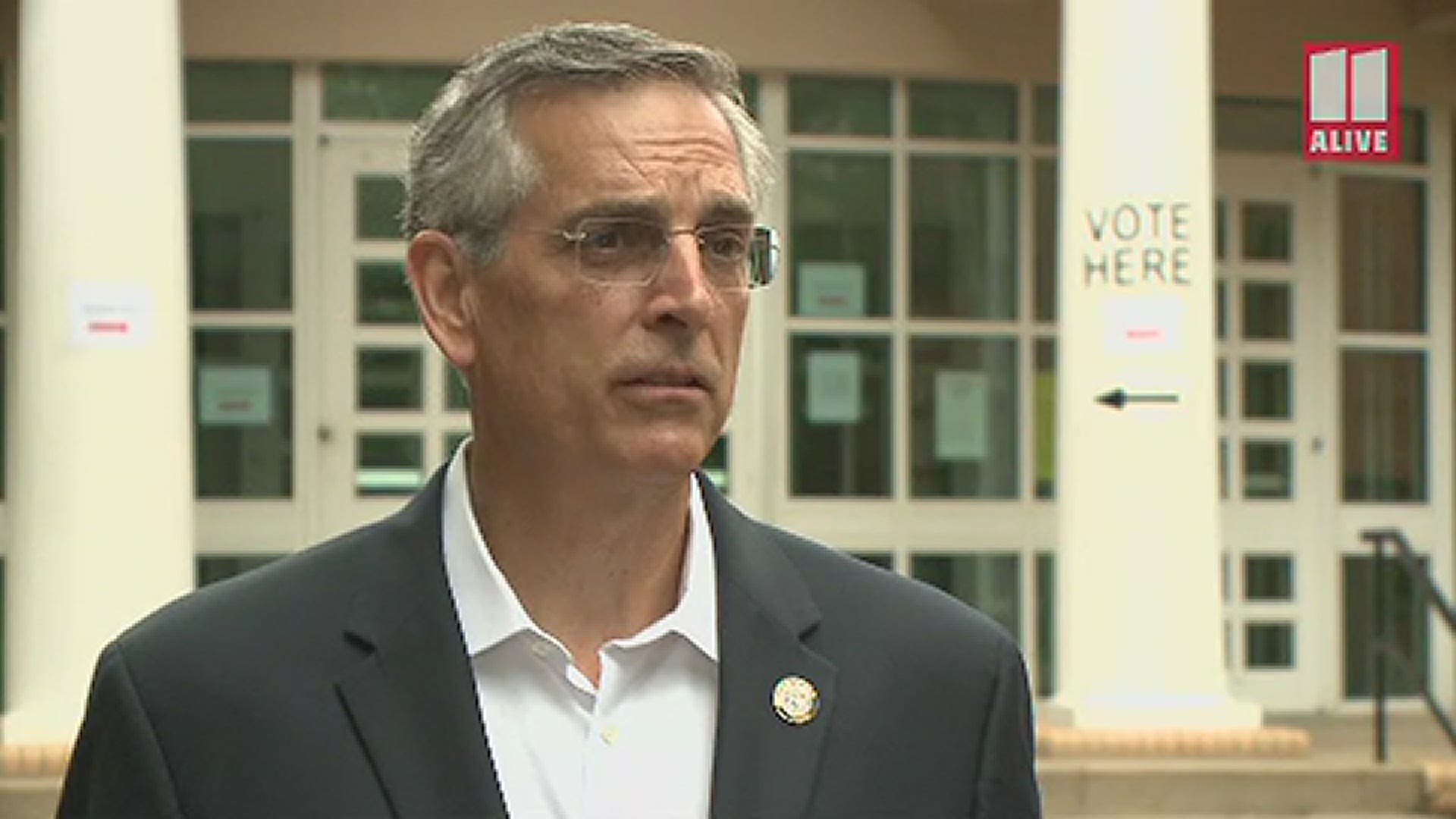 COBB COUNTY, Ga. — Outside a polling location in Cobb County on Tuesday morning, Secretary of State Brad Raffensperger said things were running smoothly across that metro Atlanta county and more than 150 others across the state.

But a short drive to Fulton and DeKalb counties, thousands of voters and poll workers will not say the same thing. They've experienced massive lines, computer problems and a lack of supplies.

Raffensperger called these counties "the problem children" of the 159 in Georgia.

He said it goes back to the training of the county elections supervisor and leadership within.

"The elected political leadership needs to look themselves in the mirror and say what did we do - and who do we need to find to do these jobs so that we can have smooth elections," he said.

In response to the new voting machines being used for the first time, Raffensperger said the counties have had them since November.

"It gets back to training and employees. It's not the machine. These machines have been used in other states," Raffensperger said. "What were they doing for all these months? Did they wake up and say let's have an election on Tuesday?"

He said statewide there are only about 11 percent fewer polling locations due to the coronavirus pandemic. They originally thought it could be 30 to 40 percent.

He attributed some long lines at certain locations to the consolidation of sites.

"I'm just really grateful for the hard work that what we've seen in over 150 other counties that are running very smoothly."

Hours after the 11Alive interview with Raffensperger, he said his office has opened an investigation to determine what went wrong in Fulton and DeKalb counties.

"The voting situation today in certain precincts in Fulton and Dekalb counties is unacceptable. My office has opened an investigation to determine what these counties need to do to resolve these issues before November’s election. Obviously, the first time a new voting system is used there is going to be a learning curve, and voting in a pandemic only increased these difficulties. But every other county faced these same issues and were significantly better prepared to respond so that voters had every opportunity to vote," he said in a released statement to 11Alive.