The issue was reported on Saturday night and ultimately affected about 500 votes, the Secretary of State's Office said. 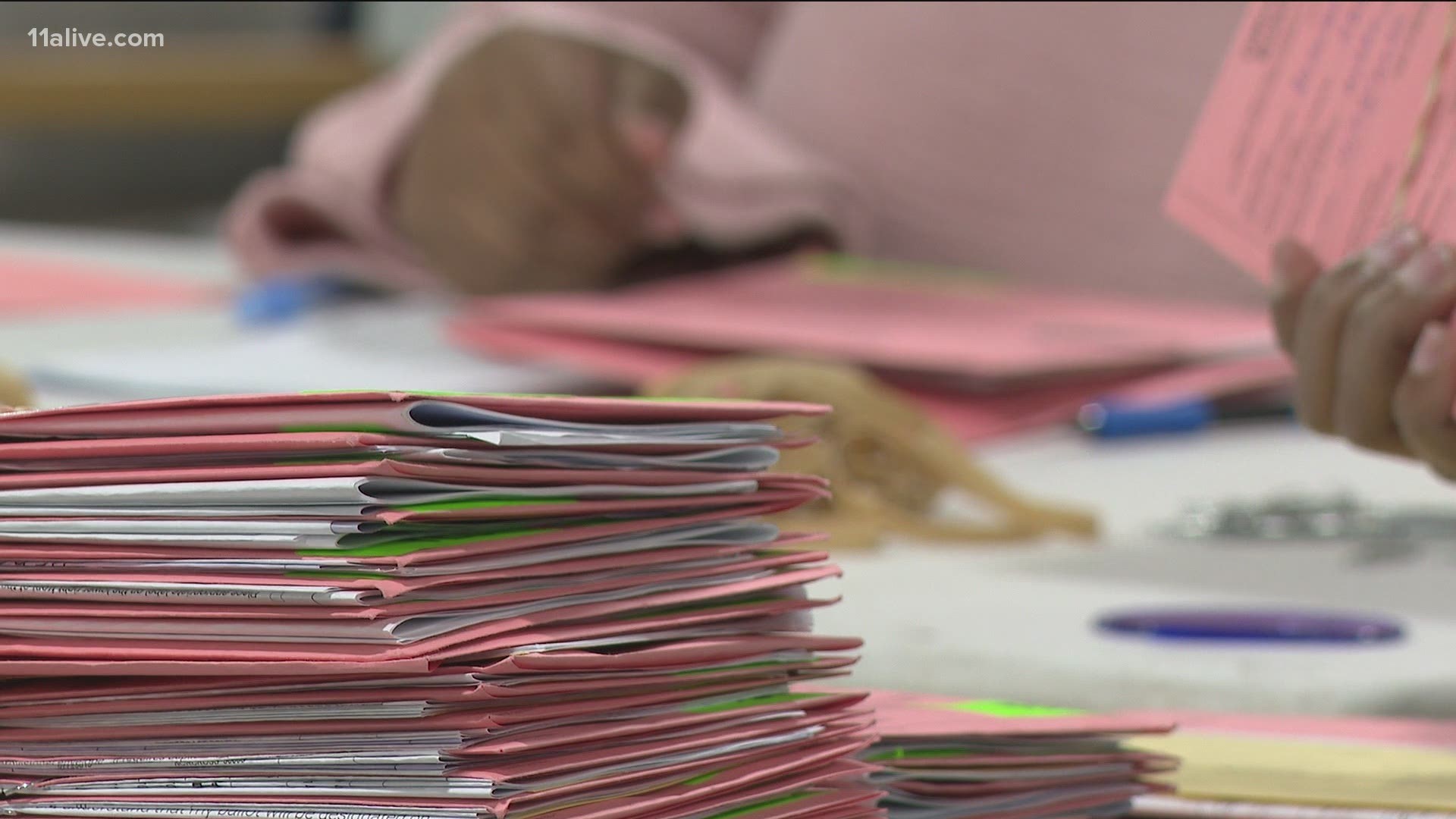 ATLANTA — You might have seen a tweet on Saturday from the Georgia Secretary of State that caused a little bit of confusion and concern in Fulton County.

"Fulton has discovered an issue involving reporting from their work on Fri. Officials are at State Farm Arena to rescan that work. I have a monitor & investigators onsite. Also sent Dep. SOS as well to oversee the process to make sure to secure the vote and protect all legal votes," it said.

On Monday an official in the Secretary of State's Office, Gabriel Sterling, cleared up exactly what happened there.

The issue concerned Fulton County's final vote total as they reported it on Friday, and it being off by about 500 when they went to double check it on Saturday.

Essentially, the issue was two separate things throwing off their count.

Sterling noted the reason it became publicized at all is because the county released their count before the reconciliation process - the double-checking of the numbers.

When they did that, they found they were missing a few hundred provisional ballots.

RELATED: Fulton Board of Elections completes rescan, explains reasons behind it

The first issue, Sterling explained, was that 126 of those were provisional ballots that had been scanned as absentee ballots. So the absentee ballot count was 126 higher than it should have been.

Then there were 358 provisional ballots that had been damaged by the knife in the automatic opening machine. Sterling said provisional ballots - given to a voter when they have an issue at the polls, like forgetting an ID or going to the wrong place - are sent to elections offices in envelopes that describe the voter's issue. As the machine is used to open up thousands of ballots in these envelopes, it occasionally happens that some get sliced a little bit.

When that happens, the scanners can't read them. So they have to be replicated, with a worker essentially inputting the vote on a voting machine. Sterling said both Republican and Democrat monitors were on site to observe this process, as well as monitors from the Secretary of State's Office.

At the end, Fulton County discovered they were still seven ballots shy, Sterling said, before those seven were found in a spoiled ballot bin.

Sterling indicated all of this could have been accounted for with the reconciliation process before the county's numbers were released.

"The problem we have is when people don't follow processes and procedures, it undermines people's faith in the overall outcomes," he said.