Robert Franklin and Kwanza Hall will vie in a Dec. 1 vote to fill John Lewis' seat for a little more than a month. 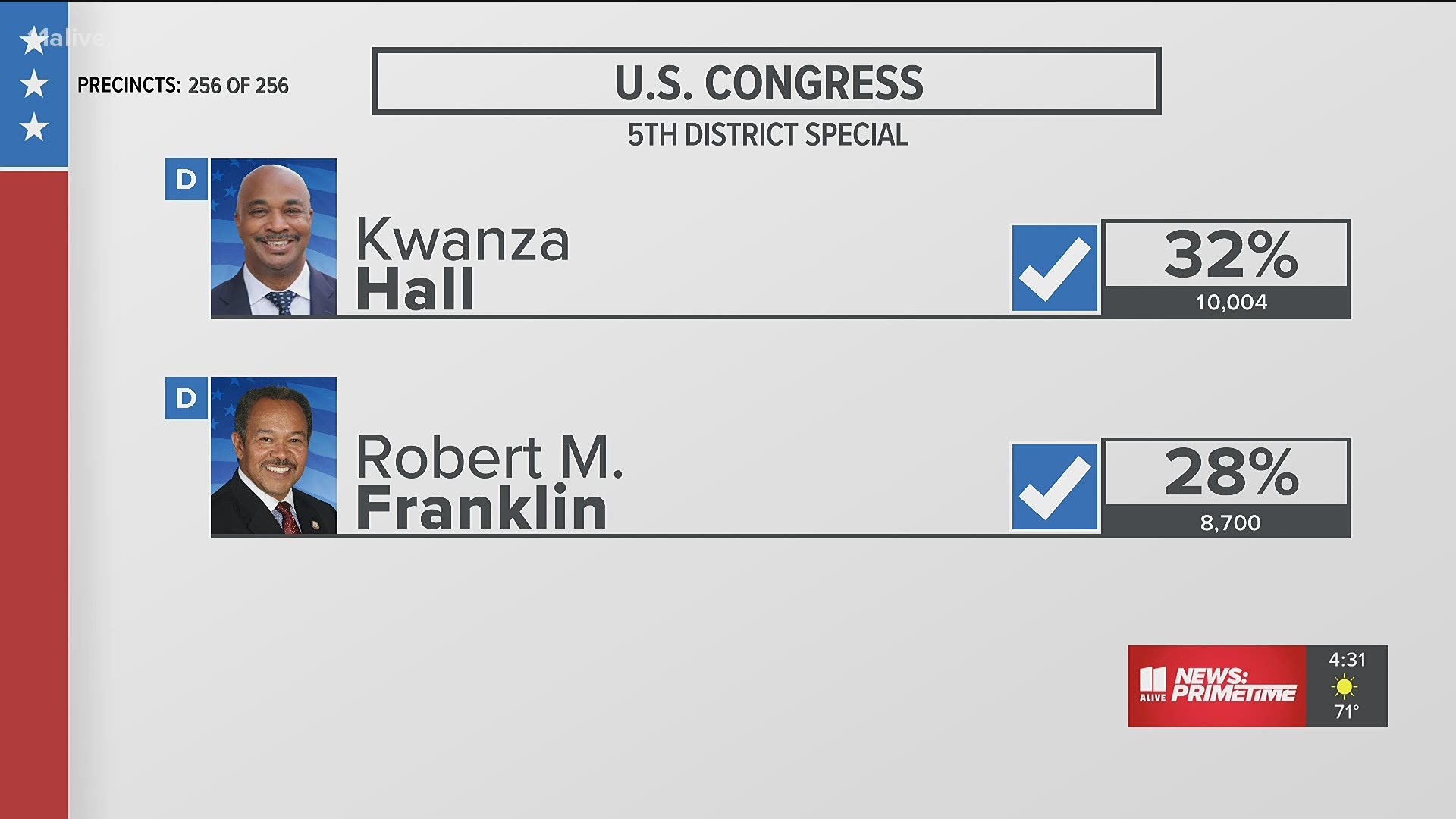 ATLANTA — The special election to fill out the remainder of John Lewis' congressional term did not produce an outright winner on Tuesday night, meaning there will be a Dec. 1 runoff to produce a representative whose time in Congress will last just over a month.

No one was able to significantly stand out in the crowded field, with former Atlanta city councilman Kwanza Hall leading the pack with 32% of the vote. He will be joined in the runoff by former Morehouse president Robert Franklin, who received 28%.

Whoever wins will hold the 5th District seat, which was held for decades by Lewis, from the time the runoff can be certified and they can be sworn in, until the start of the next Congress, which opens their term on Jan. 3.

At that point, the winner of the November general election between Democrat Nikema Williams and Republican Angela Stanton-King will represent the 5th District for the upcoming two-year Congressional term.

Here's a little bit about each candidate: